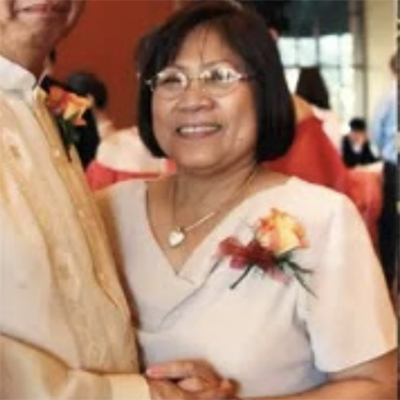 Divina Accad, a Veterans Affairs nurse who died of complications from the coronavirus this week, was a hero who spent her career looking after sick veterans in Detroit.

Mark Accad said his mother died on Monday after 11 days in a hospital in Taylor. Her death was the first known fatality from the coronavirus among health-care workers in the Detroit area.

"My mom was a hero," Mark Accad told Detroit Free Press on Friday.  "What she did was very heroic."

Accad, who went by the first name of Debbie, was 72 and had told her son last month that she was contemplating retiring from the John D. Dingell medical center. She fell ill on March 20 and was hospitalized with pneumonia.

Mark Accad was able to see his mother twice in the hospital, but was not allowed to see her a third time.

"The last time I saw her was at the morgue," he said.

She is survived by her husband, William Accad; two other sons, Willie Jr. and Reagan; a daughter, Lovelet, and five grandchildren.

Mark Accad said his mother was a nurse for as long as he can remember and loved her job. She always wanted to be helpful to others. His mother lived across the street from Mark, her youngest, in Taylor.

Mark Accad said he was using her death to raise awareness of the risks health-care workers face during the coronavirus pandemic.

"Please be considerate of other people," he said, they could be health-care workers.

"She sacrificed her life for our troops,. I want my mom to be known for what she did.