How toxic is PFAS? Exposed residents slow to aid research in Michigan

BELMONT –  The toxins course through his tiny veins, even as 3-year-old Jack McNaughton squirms and giggles in his daddy’s arms on this peaceful evening.

But more than six months after the state began asking residents for blood samples that could one day guide Jack’s medical care, just more than half of residents whose wells were contaminated in northern Kent County have made the trip to the local health department to participate in a study on the health effects of per- and polyfluoroalkyl chemicals.

Known as PFAS, the toxins were detected in the wells here in this bucolic stretch in northern Kent County in 2017. Since then, suspicions and anger have turned on shoe company and long-time employer, Wolverine Worldwide, which for years disposed of industrial waste from its tannery in nearby Rockford. Experts say that waste seeped into private water wells in nearby Plainfield and Rockford townships.

Wolverine has sued 3M, the maker of Scotchgard Leather Protector, which had contained PFAS and which Wolverine used in its products, including the popular Hushpuppies shoe. 3M has countered that it warned Wolverine of such issues and that it “bears no responsibility for the environmental practices of Wolverine.”

Amid the wrangling are residents whose wells have tested dozens or even hundreds of times the EPA’s lifetime health advisory health advisory of 70 ppt for combined PFOS and PFOA, which are part of the PFAS family, even as some suggests that lifetime safety threshold should be tightened.

Research has linked PFAS compounds to developmental and behavioral problems for infants and children, hormonal and immunity problems and cancer. At least trace amounts of PFAS flow in the blood of nearly every American, surveys suggest.

But it’s unclear whether there is a safe amount of PFAS and how it affects the body.

“The uncertainty is the worst,” said Sandy Wynn-Stelt, 59, a resident whose House Street home sits next to what now is a field, but once was a dumping site for Wolverine in Belmont.

Lab tests both in her drinking well and from her blood serum indicate levels of PFAS hundreds of times greater than the federal recommendation, so Wynn not only have agreed to having her blood tested, she’s encouraging others to do the same. Wynn-Stelt said she wants to know if the contamination is connected to the 2016 death of her husband, who died of cancer three weeks after his diagnosis.

Maybe not, she concedes. Genetics, age, other environmental toxins - all those things could be to blame, too.

But what if she hadn’t pushed her husband, Joel, to skip his beloved Diet 7-Up and instead drink water? What if they hadn’t moved here? What if a doctor had been on the lookout for signs of PFAS poisoning?

The what-ifs are exhausting, she said: “You just get burned out.”

Now a national concern, PFAS has been flagged at various levels at 192 sites in Michigan, according to the Environmental Working Group, a Washington D.C.-based nonprofit that is tracking PFAS nationwide. 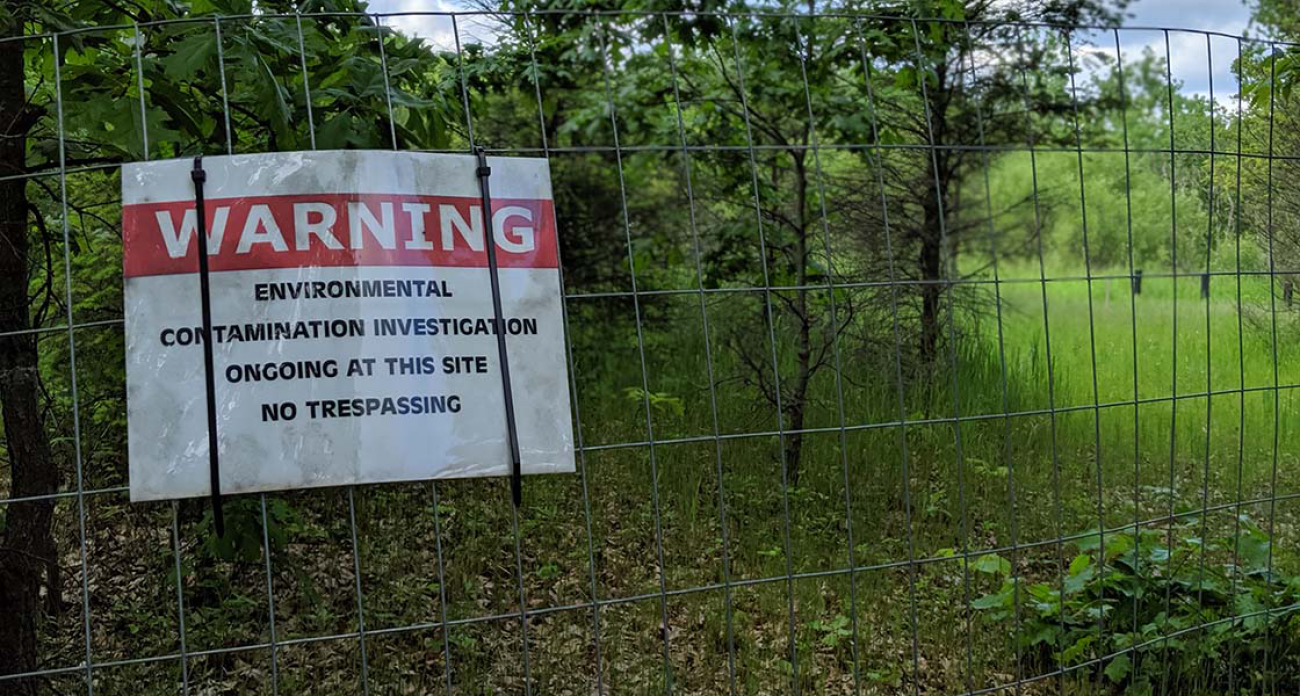 Michigan leads the nation in such detections, which the group attributes to the state’s recent aggressive search for the chemicals in water.

The water-proof and stain-resistant compounds PFAS are used in common household items such as non-stick cookware and fire retardants and may have been used at as many as 11,300 Michigan fire stations, landfills, industrial sites, military bases, airports and other locations, according to state estimates.

Michigan officials are closely monitoring 49 sites where at least one groundwater sample exceeds the state’s cleanup standard for PFOA and PFAS, two more well-understood types of PFAS. This robust monitoring began under then-Gov. Rick Snyder in 2017 after his administration waited years to respond to concerns inside the state’s environmental agency, drawing criticism from environmentalists and residents of PFAS-tainted communities.

But while PFAS has been an environmental concern for decades, even within the industry, the chemicals’ effect on human health is still evolving.

It’s clear that the chemicals stay in the body for years, but at what levels do they cause damage? Do they affect the old and young the same way? What about differences in gender or race?

And most importantly: If PFAS is so dangerous, how should doctors respond?

State and county health officials hope the extraordinary high PFAS levels in northern Kent County could offer unique data points for larger health studies. Those studies, in turn, may help researchers one day pinpoint the fine line between a safe and dangerous levels and establish guidelines for responding to the contamination – both in the environment and in people.

The more participants in the assessment, the greater the possibility that Michigan would be included in health studies, such as the one being planned now by the Agency for Toxic Substances and Disease Registry, or ATSDR. The agency is part of the U.S. Centers for Disease Control and Prevention, and Michigan officials have asked that the ATSDR include Michigan in this $32.5 million, five-year multi-state effort, said Kory Groetsch, director of the environmental health division of the Michigan Department of Health and Human Services.

In Lansing last year, state health officials turned to Kent County for testing because nowhere else in Michigan has as many wells exceeding the advisory level nor were any test results as high, Groetsch said.

The Kent effort is the first of its kind to measure PFAS blood levels of residents in Michigan impacted by PFAS in water. Of the $2.5 million that was set aside for such assessments, more than $1 million has been spent in Kent County.

“We knew [getting 800 participants] was going to be a stretch,” he said.

‘People want to move on’ 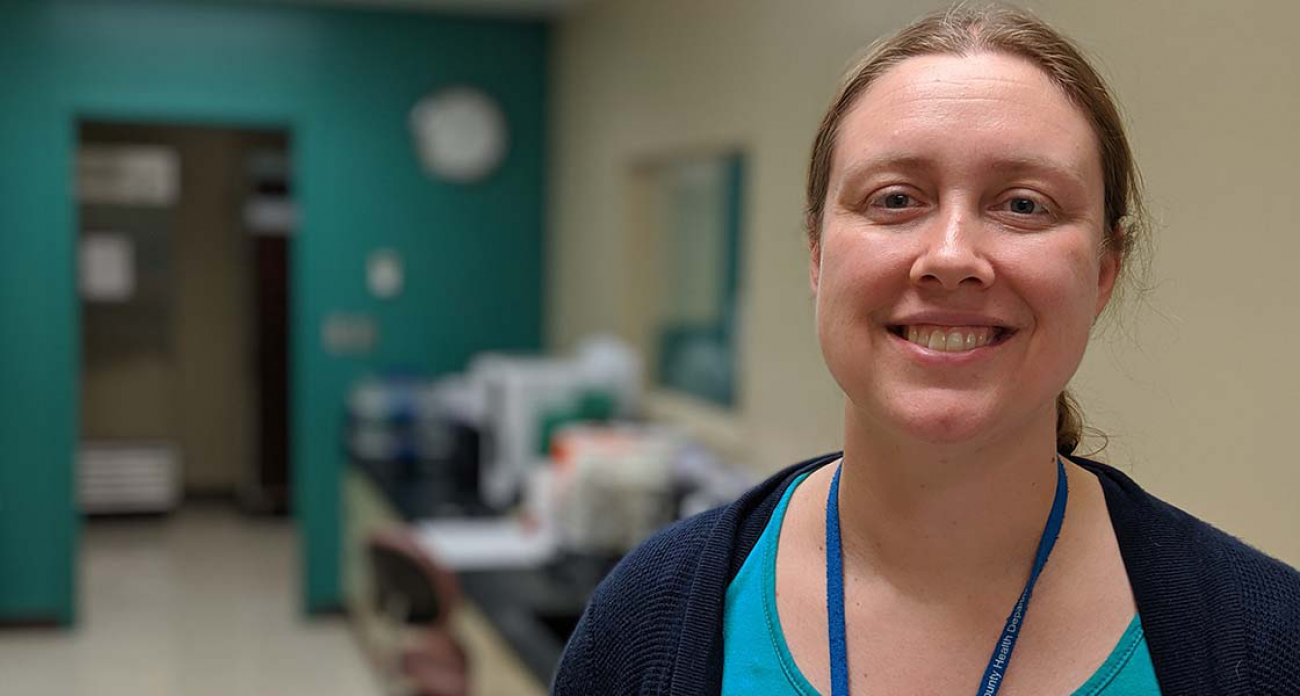 The reason? Some blame the slow grinding wear-down of this community whose 2 ½-year nightmare that has seen anger, fear, suspicion, and - worst of all - uncertainty.

“This has been going on for a while, and people want to move on,” said Karla Black, whose role as emergency preparedness coordinator at the Kent County Health Department involves explaining to residents why health officials are asking for three vials of blood. “They’re tired, I think.”

Others say pending lawsuits may have kept residents from the lab –  worried that their results in some way weaken their position in court, especially now that more than two years has passed since they stopped drinking tap water.

Wynn-Stelt’s lawsuit alleges the wrongful death of her husband, Joel.

“There’s a tendency to think... ‘What’s the big deal? We’re getting through this,’ but it’s so much so much stress. It’s water. You can’t get away from it.”

Others have blamed bad timing and government failure, noting that the state and Kent County health departments announced the assessment last year between November elections and the holiday rush and about two years after the initial news broke and long after residents first had demanded blood tests. 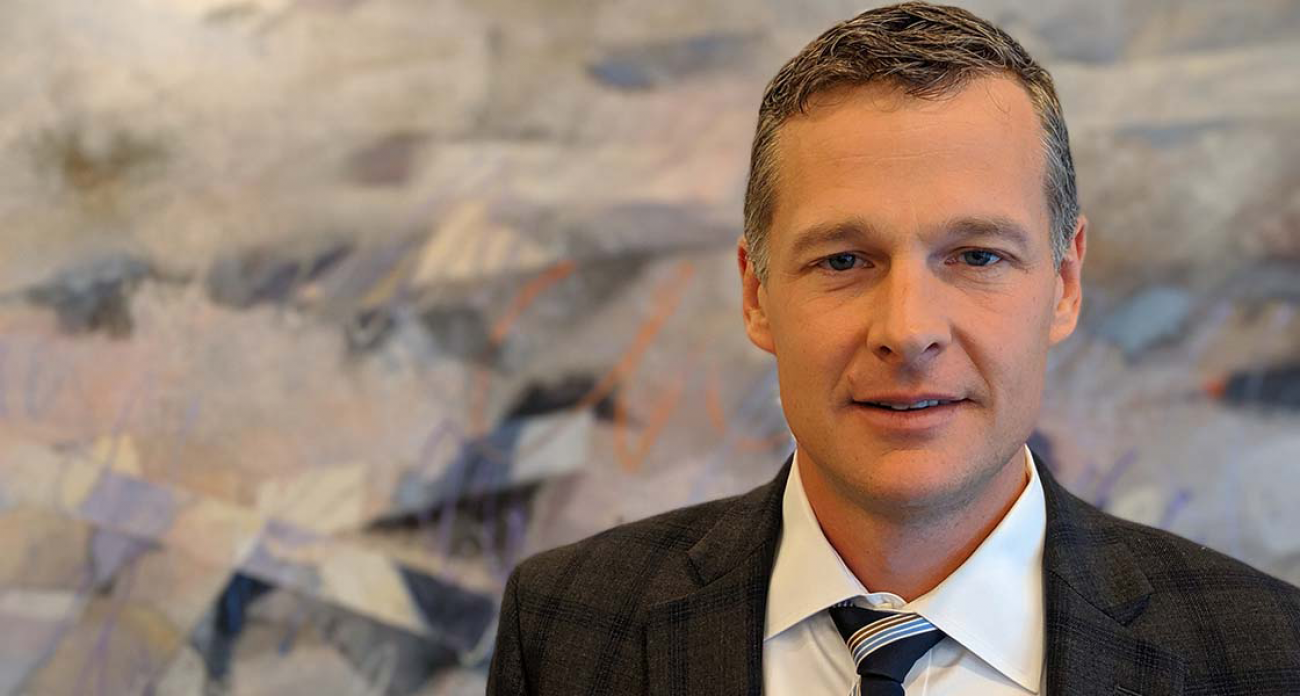 “There hasn’t been enough education and consistent messaging,” said Lisa Wozniak, executive director of the Michigan League of Conservation Voters, a former resident of nearby Comstock Park who remains close friends with area residents.

Wolverine has taken no public position on the recent call for testing. Responding to a question from Bridge Magazine last week, the company released this statement: “Participation in the study is a decision that is entirely up to individual residents.”

“It’s important to get those numbers, not only for Rockford but for the other places in Michigan” that have been exposed to PFAS, Wozniak said. “The only way people in these areas will get resources is to be able to quantify the impact of their exposure.” 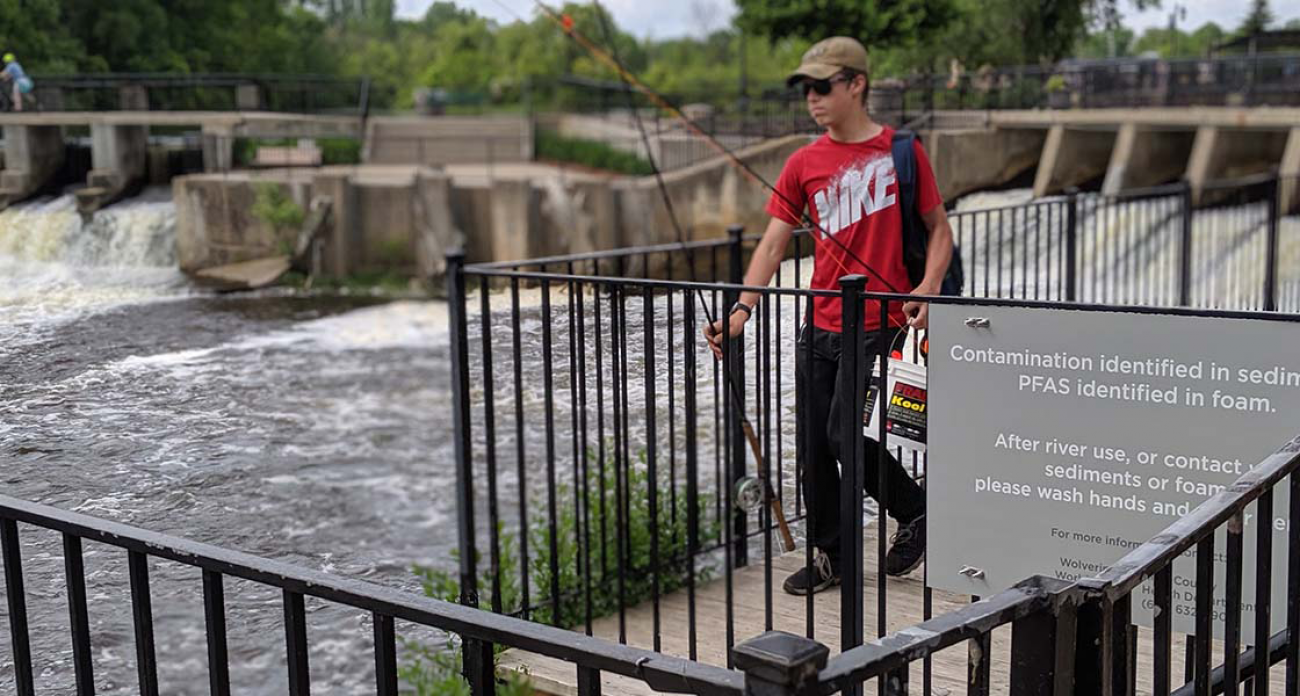 The way that state’s Groetsch sees it, life is based on a string of personal choices that assess risk, such as whether to wear a helmet? Smoke? Eat this junk food? The work of environmentalists, doctors, researchers and others is to build a knowledge base that enables individuals to make informed decisions.

The toxicity of PFAS and future decisions around it will be understood only through large-scale, rigorous research that can begin with volunteers in Kent County, he said.

“With them, in them, is where the answer is. Without them, we are going to struggle,” Groetsch said.

Jim Malewitz contributed to this report.