Michigan COVID hospitalizations again on the rise, but patients are younger

Michigan’s hospitals are filling again, but this time the patients are very different.

They’re younger, less likely to be placed on ventilators or in intensive care, and more likely to survive. 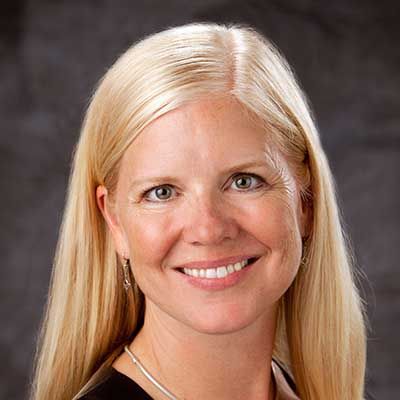 They’re a reflection, in other words, of what’s going on in the communities around them, according to Christine Nefcy, chief medical officer at Traverse City-based Munson Healthcare. Nefcy said the health system is recording “new highs” in patient loads, driven by COVID among younger patients.

“As we have seen a rise in the number of our community cases, we have also seen a rise in our COVID-positive inpatients,”  Nefsy told reporters Tuesday.

Statewide, COVID-19 hospitalizations have risen by more than 1,100 patients in the past week, with 3,554 hospitalized Tuesday for confirmed or suspected cases of COVID-19. That’s a 45 percent jump in one week and bigger than any weekly increase during the fall surge.

In Grand Traverse County, 76 percent of new cases in the past month involved people ages 50 and younger, according to the county health department. So it’s no surprise that the shifting demographics are reflected in hospitalization numbers.

In the surge that stretched from November to February, the average age of COVID-19 patients in the Munson Healthcare system was in the 70s. It has since plummeted to 61, Nefcy said.

In the fall surge, nearly half of those hospitalized statewide were 70 or older. In the current wave, they make up 25 percent of patients, according to data compiled by the Michigan Health & Hospital Association, which represents the state’s hospital industry.

Conversely, people ages 30-49 made up 11 percent of admissions in the fall, but now comprise 24 percent of new patients.

Those shifts in hospitalizations are largely explained by the high rate of vaccinations among seniors. Vaccines now protect more than half of the state’s older residents. Nearly 1 million Michiganders age 65 and older have been fully vaccinated, according to state data.

That gives them far greater protection against COVID-19 and new, more contagious variants.

“Long story short, we've done a good job of vaccinating those over 65,” said Dr. Nick Gilpin, medical director for infection prevention at Beaumont Health. “So now, it's not the 65-and-over crowd that's coming in as much — keep in mind, we do still see them — (but) we're seeing more people in their 30s, 40s and 50s, who have not been vaccinated.”

About 55 percent of Michigan residents 65 and older have been vaccinated, compared to about 13 percent of those 30 to 49 years old.

Though COVID-19 deaths are rising, a lower percentage of infected people are likely to die because the most vulnerable residents are less likely to contract the disease or become seriously ill if they are infected.

Because younger patients generally have fewer underlying conditions than older patients, their hospital stays tend to be shorter and they are less likely to need extreme life-saving measures, hospital officials told Bridge.

As a result, there appear to be fewer deaths through the first month of the current surge, which began in mid-February. Between Feb. 18 and March 23, the state reported 574 COVID-19-related deaths, that’s nearly 20 percent fewer than the 717 deaths reported over the same number of days at the beginning of the fall surge.

That comparison should serve as only a rough estimate, however, given that the total number of deaths in the more recent period can change as more information is released on individual cases.

Death levels are not the only way to gauge the seriousness of Michigan’s COVID hospitalizations.

The rate that COVID-19 patients are placed in intensive care units has fallen, from a high of nearly 25 percent during the peak of the fall surge to roughly 20 percent in the past two weeks. Hospitals are also putting fewer patients on ventilators, a treatment reserved for the hardest hit patients.

“Younger people tend to have less comorbid medical problems,” said Dr. Matthew Denenberg, vice president of medical affairs at Grand Rapids-based Spectrum Health. “They just need a little support and they either can go home, or they don't get particularly sick.”

Patients care has changed, too, in the year since the pandemic hit as doctors have learned to better treat COVID-19 without ventilators, Nefcy said.

She and others were clear: Some patients do still get extremely sick. And some die.

But the toll would be far higher without the three approved vaccines.

“I shudder to think what we’d be in our hospitalizations if we didn’t have that breadth of coverage,” Munson’s Nefcy said.

Among those hospitalized since January were 11 people considered fully vaccinated and yet still tested positive for COVID, as Bridge Michigan first reported Monday.

That’s a tiny sliver of nearly 1.8 million people who have been vaccinated, but it’s a reminder that the vaccines — though powerfully protective — aren’t a guarantee against the disease. It’s also a reminder, health officials said, to continue safety protocols that have been in place for a year now: Wearing masks, washing hands, maintaining social distance, and staying home when sick.

As the pandemic lingers, each new transmission offers the possibility that the virus spins off into a new, more dangerous variant, said Dr. Matthew Sims, infectious diseases expert at Beaumont Health.

“What we don’t want to see happen is an escape variant, one that avoids the vaccine. Then we’ll need a new vaccine,” he said.