More than 1 million state workers, about a quarter of the workforce have filed for unemployment. Of those laid off or furloughed, 69 percent expect a “major” or “catastrophic” impact on their personal finances, according to a poll released Monday.

LANSING — More than 1 in 4 Michigan residents worry about being able to put food on their table, and more than half of all laid-off or furloughed workers are unsure how they’ll feed their families, according to a new statewide poll conducted amid the coronavirus pandemic.

“Those are staggering numbers, and I think it tells us we’re going to have to deal with this problem well past COVID,” said pollster Richard Czuba, whose Glengariff Inc. firm conducted the survey of 600 Michigan residents for the Detroit Regional Chamber. “This is not a partisan issue right now, this is all across the state, people are dealing with this.”

The poll, released Monday and conducted Wednesday evening and Thursday following Capitol protests over Gov. Gretchen Whitmer’s stay-home order, points to both public health concerns and the ongoing debate over how and when to reopen the state economy.

More than 1 million state workers, about a quarter of the workforce have filed for unemployment. Of those laid off or furloughed, 69 percent surveyed expect a “major” or “catastrophic” impact on their personal finances, according to the poll.

The results show Michigan job losses have moved “beyond record breaking, into the realm of breath taking,” said Sandy Baruah, president and CEO of the Detroit Regional Chamber. Economists believe the state’s unemployment rate will top the 16.4 percent Michigan hit in 1982 and the 14.4 percent peak in 2009 during the Great Recession.

Whitmer, a Democrat, is expected on Monday to begin detailing plans of how to ease her stay-home order by May 1, while the Republican-led Legislature urges a new approach as the coronavirus curve appears to bend.

Michigan House Republicans released their own recommendations for Whitmer on Monday morning, proposing what they called a “risk-based, regional approach” that would relax travel rules across the state but maintain stricter standards in counties with higher case numbers like Wayne, Oakland and Macomb.

Even in those “highest risk” counties, House Republicans want Whitmer to remove restrictions on large retailers that she ordered to close their paint, flooring and outdoors sections. And Republicans want the governor to adopt new federal guidance that could allow for more construction crews and landscapers to return to work.

“Under the state’s current response, even residents who work alone in areas of the state with very low occurrences of COVID-19 are precluded from earning a paycheck or participating in perfectly safe outdoor activities, causing everything from confusion and frustration to unnecessary job loss and hardship,” House Speaker Lee Chatfield, R-Levering, said in a statement.

Whitmer has hinted that she’s open to a regional approach for reopening Michigan businesses, but she and health care experts have also repeatedly noted that the coronavirus does not respect state, county or other geographic boundaries.

As Bridge Magazine reported Saturday, new caseloads are declining in metro Detroit while other parts of the state are beginning to hit their peak, according to an analysis of county-level data.

The House Republican plan envisions a  three-phase process for “returning to a new normal,” but legislative leaders did not set a clear timeline for how long that might take.

Under a separate Senate GOP plan, sports arenas and concert venues that attract large crowds could not open to the public until there is no active spread of the coronavirus for 30 days or until a vaccine has been available for 30 days, which may not happen any time soon.

Dr. Anthony Fauci, the nation’s top infectious disease expert, had predicted it could take 12 to 18 months to develop a vaccine but said last week it may be possible to “shave a couple months off that” timeline.

The group represents companies eager to resume operations, but also regional health care providers who have toiled under a surge of hospitalizations and deaths, Baruah said. And at this point, concerns over hospital capacity are less about bed space than they are staffing, he said.

“Their human capital now has been running max out for six or seven weeks,” Baruah said of medical workers, noting overtime hours and burnout rates. “We have to make sure whatever we do, our health care system is going to be able to manage.”

Roughly 36 percent of Michigan residents think it will take a year or more for Michigan to return to normal, according to the Glengariff Inc. poll, which was conducted via automated calls and text messages because the firm could not bring live operators in to work.

Another 39 percent predicted Michigan would be back to normal in one to six months, while 18 percent said they think that could happen within one month.

There are glimmers of hope in the data, however.

Roughly 57 percent of Michigan residents approve of how she’s handling the pandemic, while 37 percent disapprove, according to the poll.

By contrast, 44 percent of residents surveyed say they approve of how President Donald Trump has handled the COVID-19 crisis, compared to 50 percent who disapprove.

The poll has a margin of error of plus or minus 4 percentage points. Of those surveyed, 39 percent identified themselves as Democrats, 35 percent as Republicans and 26 percent as political independents. 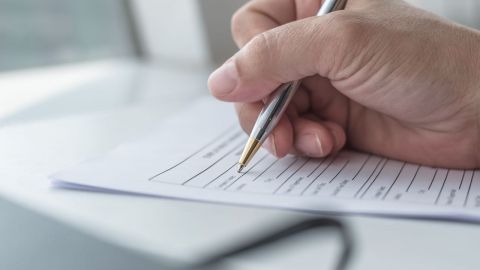 Benefits have been restored to 140,000 people, but an additional 200,000 new claims now require verification as the state confronts identity theft.

The state of Michigan has frozen 340,000 unemployment accounts, blocking cash assistance for jobless residents while it investigates suspected fraud by imposters seeking to take advantage of enhanced benefits during the COVID-19 pandemic, officials said Friday.

During my time studying communist nations I became very familiar with how they operate. Government control over society naturally leads to less control of society being in the hands of private citizens, and private citizens as a group are much better at making wise decisions than politically motivated bureaucrats. When the Governor seized control of Michigan- and other Governor's seized control of their states- and then shut them down, it was natural that hardship, starvation, depression, and death would follow.

Suicide rates are up, alcohol poisoning is up, domestic abuse is up, savings are wiped out, college dreams destroyed, preventive medicine is not being done, and cancer screenings are down. None of those were caused by the virus- all of those were caused by government actions. And not bipartisan actions that were duly voted on by the Representatives of the people, but rather they were executive actions taken by state Governors- some of them Republican, most of them Democrat.

Whitmer is following Trump's guidelines. Which of his guidelines to you dislike?

Great question! Ironically, the Detroit News did a whole story about the differences between Governor Whitmer's order and the U.S. Department of Homeland Security Cybersecurity & Infrastructure Security Agency's recommendations issued on March 28, which were issued before she made her decisions so she should have had access to them. I don't know why you linked to a different Detroit News article (it was kind of a non sequitur).

I hate to link to another newspaper on this fine site, but oh well- if you want to learn something instead of just trolling, try reading this article- https://www.detroitnews.com/story/news/local/michigan/2020/04/10/critics...

No one seized power. I voted for the Governor and I am happy with the job she is doing. I would be more pissed if she was not keeping idiots home to protect me, my family and the people on the fronts lines of this crisis.

Me to. You and me stand against Orange man hate and for the workers.

The way you present this story appears to be chasing emotion. The story in itself is ok and appears to point towards people having trouble paying for food. However, the picture you lead with shows empty shelves. The two aren't directly related. Showing the shelves empty, I believe, are the kind of images that drive people to hoarding. Again, while I'm not opposed to the story or the image, the picture doesn't fit the story and could have negative ramifications. Why use THAT picture unless you are going for impact and clicks more than telling the story......

You are right about the photo, which we swapped. It wasn't our intention to invoke any emotions. Thanks for commenting.

Emotion is OK...hopefully we all have a little :-)
Bold headlines/photos and click-bait can minimize solid journalism. This story was well written! I have been really impressed with this website. The writing, content, factual support, ease of use and trackers have been awesome. I came across it early on in this COVID event and see it as a great source of local, timely information. This has been a fantastic replacement for most of the "mainstream media" Keep up the good work!!

So a couple Trumpsters can’t get their hot dogs, so what. They can go to Orange Man for a Happy Meal. I stand with Gov. Whitmer and the Democrats, cause we,re saving lives that count and not white racists.

Meanwhile farmers are letting tons of food rot in their fields. This is outrageous. We can freeze, can, dehydrate, store, donate, sell that food. Food prices are still high because farmers are not harvesting and selling crops, even though so many people are unemployed and trying so hard to make ends meet. What the Hell?