Michigan Health Watch
One rural Michigan hospital averts closure, as others struggle to hold on

Even as a struggling community hospital in southern Michigan got an eleventh-hour cash lifeline, experts say the battle for rural hospitals to stay afloat is far from over.

Sturgis Hospital will stay open ─ at least for now ─ thanks to $11 million in state funds approved by lawmakers Friday as part of the $77 billion 2022-23 budget package. Hours earlier, Sturgis city commissioners okayed a $645,000 loan to keep the hospital open another month pending approval of state funds.

On June 20, hospital officials filed notice with the state that it would “permanently close all facilities and services” and terminate 194 employees by July 23 unless it could secure “sufficient funding” by last Friday.

Like other Michigan rural hospitals, Sturgis Hospital, situated in a city of 11,000 residents just north of the Indiana state line, has long grappled with dwindling revenues amid rising costs. It laid off 60 employees in 2018 and closed several departments including its obstetrics and cancer treatment units, as hospital CEO Robert LaBarge said at the time, “Sometimes, you have to make radical changes like this to ensure the future.”

The hospital board fired LaBarge the following year.

Laura Appel of the Michigan Health & Hospital Association (MHA), a nonprofit industry group, expects that economic pressures will continue to grind away at rural Michigan hospitals, as they labor to fill critical staff positions and balance rising costs.

“Getting people to locate in rural areas is a challenge. Hospitals face the conundrum ─ I could try to raise rates to attract more staff or I can curtail services.” 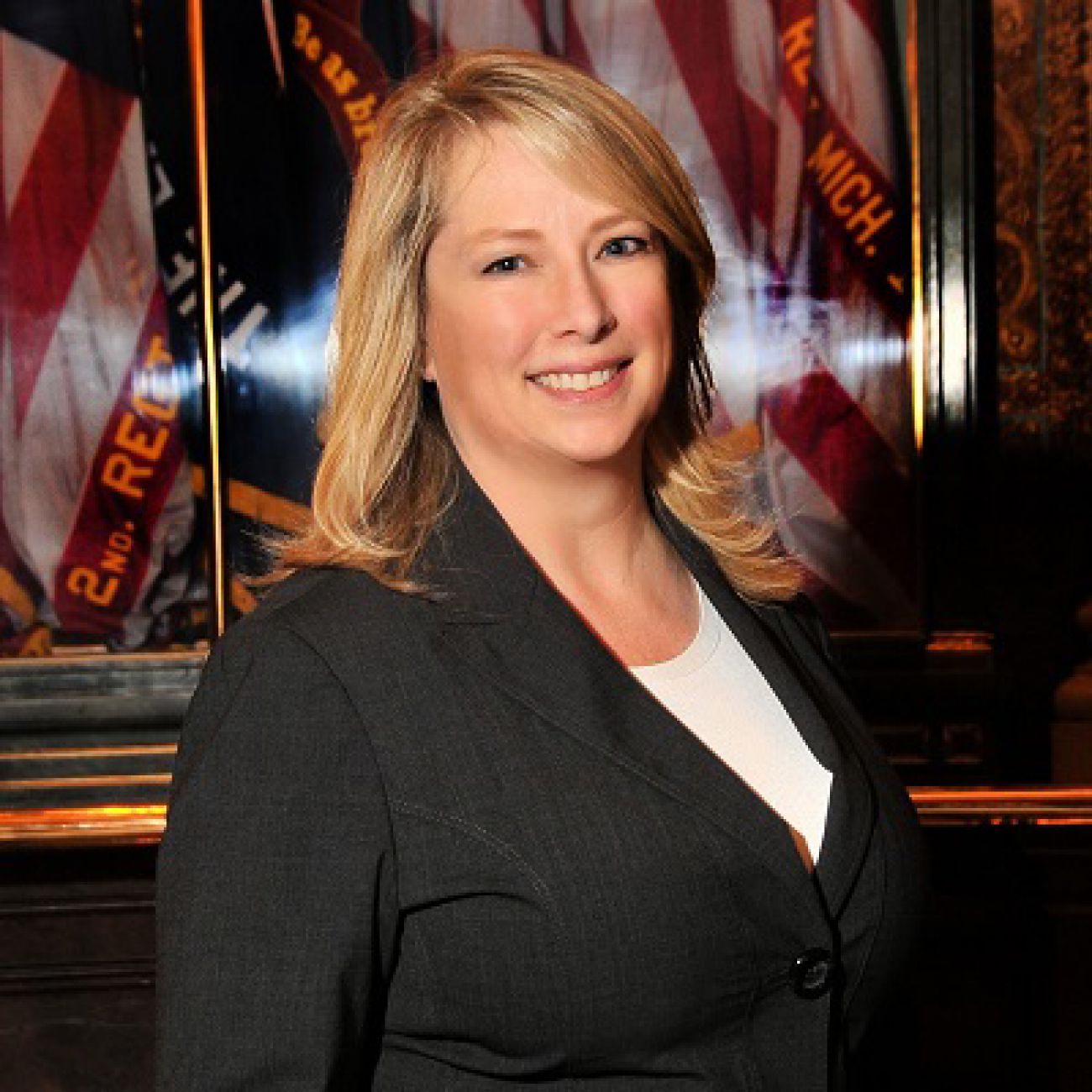 Added to that, Appel said, many rural hospitals sit in communities with greater shares of poor and elderly residents ─ driving up the number of patients insured by Medicaid and Medicare, federal insurance programs whose reimbursement rates are lower than commercial insurance

That eats away at their bottom line, pushing some to merge with larger health care systems in order to survive.

But at the same time, Appel said, there is often considerable push within communities for independent rural hospitals to retain their identity.

“People see their hospital very much as place-making for their community.  They’ve been in place for many years. This is what makes us who we are.”

In a statement, MHA CEO Brian Peters said the organization is “very appreciative” lawmakers saw fit to extend funding to Sturgis Hospital, adding: “Independent community hospitals are critical to the health and economic viability of communities throughout Michigan."

State Sen. Kim LaSata, R-Niles, called the hospital’s fate “a critical issue for the community. The nearest hospital is roughly 30 minutes away — there just really aren’t a lot of options for local families. I am relieved we were able to negotiate this and get the funding secured.”

According to MHA, there are 31 independent hospitals in the state, 23 of those community hospitals, while the other eight are specialty, psychiatric or long-term acute care hospitals.

According to its data, the two Michigan hospital closings were Leelanau Memorial Health Center north of Traverse City and Cheboygan Memorial Hospital southeast of the Mackinac Bridge.

Other rural hospitals have had to relinquish independence to keep their doors open, and even then it can be a struggle. In spring 2017, West Shore Medical Center in Manistee surrendered a degree of local control and its name, selling to Traverse City-based Munson Healthcare system. The 45-bed facility, some 120 miles northwest of Grand Rapids, was rebranded Munson Healthcare Manistee Hospital.

Two years later, hospital officials announced the Manistee hospital would shut its obstetrics ward, prompting protests and stirring fears that women in labor in this city of 6,000 would face longer drives to give birth. The closest hospital with labor and delivery is in Ludington, about 30 miles away.

“This is something that our community will never recover from. I feel like the impact on our young people in our community is devastating,” Tracy Wilks, a resident who delivered a petition with 4,000 signatures asking the hospital to reverse its decision, told Bridge.

Hospital officials said the decision to close obstetrics was a tough call, but crucial to its future. As hospital births declined from 212 in fiscal 2017 to a projected 150 births for 2019, the obstetrics unit was charting losses of at least $700,000 a year, out of an operating budget of about $72 million.

In the Upper Peninsula, officials at War Memorial Hospital in Sault Ste. Marie spent more than three years weighing merger options after more than a century of independence. Beyond the 13,000 people in Sault Ste. Marie, the hospital serves a wide swath of the rural eastern U.P.

This past December, War Memorial announced its merger with My Michigan Health, a non-profit health system affiliated with the University of Michigan Health System.

War Memorial CEO David Jahn told Bridge the merger agreement assures the identity — and function — of the hospital will not change.

Jahn said 11 of 12 seats on the hospital board will be filled by members of the local community. In addition, he said, the merger agreement stipulates there will be no changes in hospital services for 10 years, unless the board itself approves those changes.

“The agreement protects our identity very well and I think it will probably enhance it,” said Jahn, who retired from the hospital this past Friday.

Meanwhile, officials at Sturgis Hospital say the infusion of state funds affords the hospital breathing room until it converts to a rural emergency hospital designation in 2023, when a new federal law takes effect. That designation — which stipulates that it maintains a 24-hour emergency room, but no inpatient beds — would make the hospital eligible for higher federal reimbursement rates.

“It was a good night for us,” Sturgis Hospital Chief Operating Officer Bobby Morin told MiBiz. “We have a negative cash burn every month, so we’ll start working on that as we go forward.”

Morin told Bridge the hospital “can’t do business as usual” as it moves into its next phase. “Sturgis Hospital can’t pay $4,000 for a drug that it gets reimbursed (at) $800,” he said.

“We’re going to have to balance having positive cash flow with the community benefit, the things we have to do because we are a community hospital. We have to eliminate things that don’t contribute positively to our earnings.”

How that balances out remains to be seen, Morin said.

“We are traveling down a road that is not fully paved.”