Health officials say they are hopeful full federal approval of the Pfizer-BioNTech COVID vaccine will boost vaccination rates in Michigan, where just 61 percent of eligible Michiganders 16 and older have at least one dose of a COVID vaccine.

But just how much is unclear.

She said she hears it all the time from people reluctant to take a vaccine that had until this week only been approved for emergency use: The vaccines were developed so quickly, they will say, adding, “I want to wait and make sure that they've run all the trials.”

With Monday’s announcement, “all of that will hopefully go away, and those people who were hesitant will move closer to getting the actual vaccine,” Wilkerson-Uddyback said. 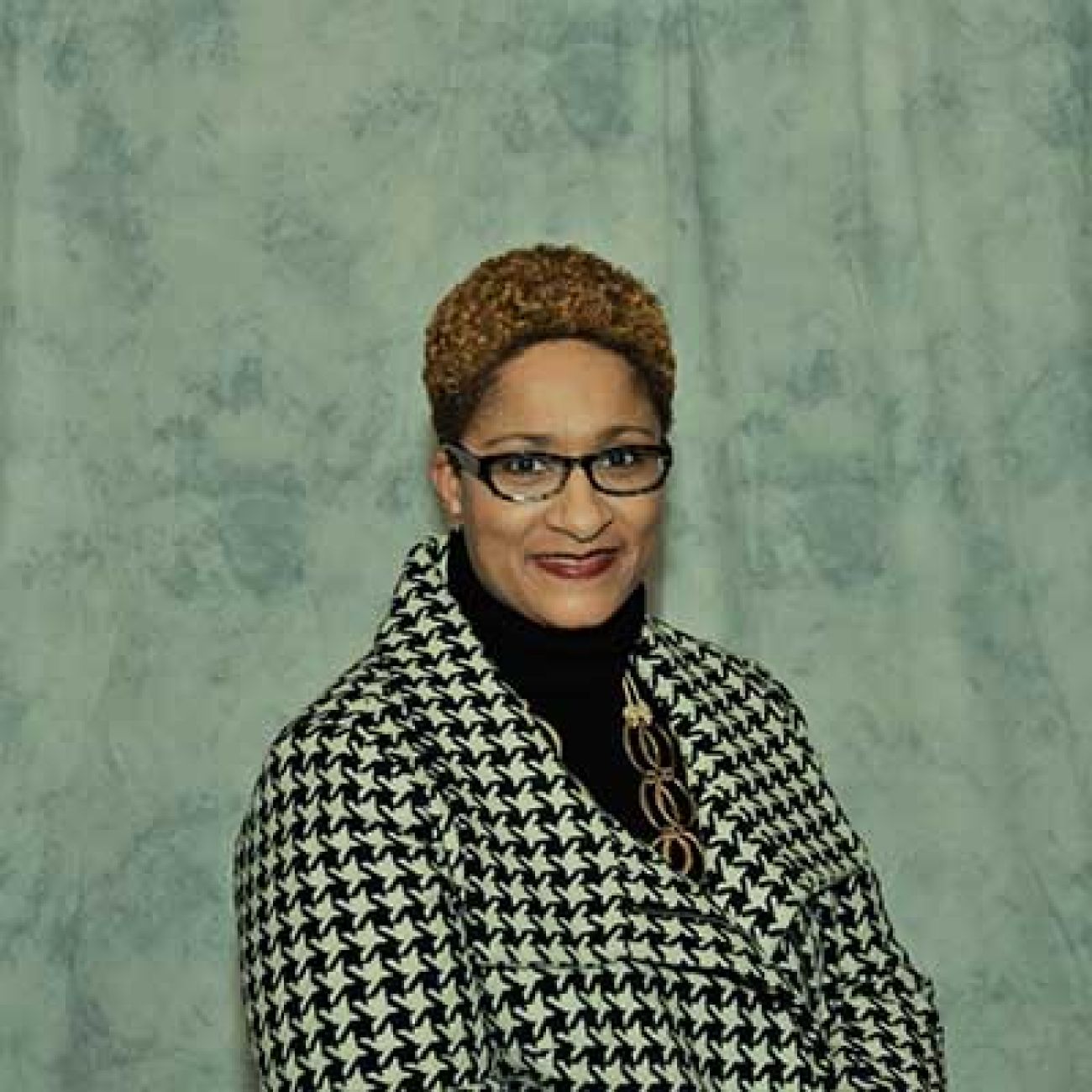 The FDA approval of the Pfizer-BioNTech vaccine Monday will boost confidence among those who still worried that it was developed too quickly, said Dr. Patricia Wilkerson-Uddyback, of the Detroit Medical Center. (Courtesy photo)

Pfizer’s FDA approval is also sure to prompt more hospitals, corporations, airlines, entertainment venues, universities and other institutions to require workers or customers to be fully vaccinated, a step many were reluctant to take while vaccines were approved only for emergency use.

A growing number of employers already have mandated vaccines and, just last week, the Biden administration announced it would require universal vaccines among staff at long-term care facilities as a condition of receiving Medicare and Medicaid funds, the financial life-blood of such facilities.

In Ann Arbor, Jimena Loveluck said she is hopeful the FDA ruling will provide greater assurance to an at-times skeptical public as the delta variant fuels a resurgence of the virus.

“People can feel even more confident that (the Pfizer vaccine) has met the gold standard for safety and effectiveness,” said Loveluck, the Washtenaw County health officer.

Pfizer is one of three vaccines approved for emergency use in the U.S. to combat the deadly coronavirus. The other two — by Moderna and Johnson & Johnson — have yet to be fully approved by the FDA, though Moderna is expected to apply for that approval as early as September.

The two-dose Pfizer vaccine, which now will be marketed as “Comirnaty,” is the predominant vaccine taken to protect against COVID, with Moderna the next most popular. Of 362 million vaccine doses administered in the United States, nearly 205 million have been from Pfizer, according to the CDC.

The FDA said it reviewed updated data on Pfizer from the clinical trials that initially supported its December decision to authorize the vaccine. To determine its effectiveness, the FDA compared data from about 20,000 people who received the Pfizer vaccine and 20,000 people who received placebos. To determine the vaccine’s safety, it reviewed data from 22,000 people that received the vaccine and 22,000 that did not. It also followed the health status of about half of the trial’s recipients — about 12,000 in all — for six months or longer.

The additional data indicated the vaccine was 91 percent effective in preventing COVID-19, the FDA said in announcing its decision.

The Pfizer vaccine is largely manufactured at a facility in Portage, near Kalamazoo — a facility President Biden toured in February.

The approval has been long-awaited.

As the virus surged through Michigan this spring, health officials were thrilled as Michiganders lined up for vaccines, sometimes celebrating with balloons, selfies, and media spots. But overall demand for the three vaccines has since slowed to a trickle, and vaccination gains today are won “inch-by-inch,” said Washtenaw County’s Loveluck.

Making matters more difficult, the pandemic has revealed the messy, evolving nature of science as researchers around the world sort through data, and check, recheck and question their findings on a virus that has killed more than four million people. The frequent shifts in public health recommendations — not to mention the broad stream of disinformation — have left some unsettled on whether to take a vaccine.

But health officials say there remain opportunities to change the minds of at least some of the roughly 3.5 million Michigan residents age 12 and older who remain unvaccinated. According to an ongoing project by KFF, a San Francisco-based health care research nonprofit, about 3-in-10 adults who remain unvaccinated said they would be more likely to get a shot if a vaccine were to receive full government approval, as Pfizer’s did Monday.

Just last week, nurses at a tent at the U.P. State Fair administered 54 of the one-dose Johnson & Johnson vaccine over two days. That’s evidence of still-unvaccinated Michiganders who remain willing to roll up their sleeves given the right moment, he said.

Nurses at the fair also offered a $10 bill — the cost of the fair’s admission — to anyone willing to be vaccinated. Some were wooed by the cash and a few ducked under the nurses’ tent near the fair’s main gate to get a shot before heading to college, said Carrie Polley, the health department’s director of nursing.

But for most of the people getting vaccinated at the fair, she said, it was sheer convenience that tipped the scale.

“It was mostly being able to walk in and be done with it,” she said.

Federal approval is also likely to embolden hesitant employers to require large numbers of employees to be vaccinated, said Loveluck, the health office in Washtenaw.

At least two large Michigan health systems — Southfield-based Beaumont Health and Grand Rapids-based Spectrum Health — said in July they would require staff to be vaccinated after the FDA fully approved a vaccine. Spectrum said at the time it would give employees eight weeks after full approval to comply. With yesterday’s approval, that puts that deadline to Oct. 18.

In fact, nearly every large health system in Michigan already requires employees to be vaccinated, with most having mandated employees get a vaccine even before the FDA full approval.

Michigan’s largest universities, too, have mandated vaccines among students and staff. Shortly after the FDA approval Monday, Oakland University announced it, too, would require students to be vaccinated with a first shot by Sept. 3 and, for the Pfizer and Moderna vaccines, a second shot by Oct. 1.

Those with medical or religious exemptions will be required to have “frequent COVID-19 testing,” the university said.

Some health workers still question how much Monday’s vaccine approval will help.

Kayleigh Fox, a West Michigan nurse, tested positive in March for COVID just days before her son, Oak, was born. 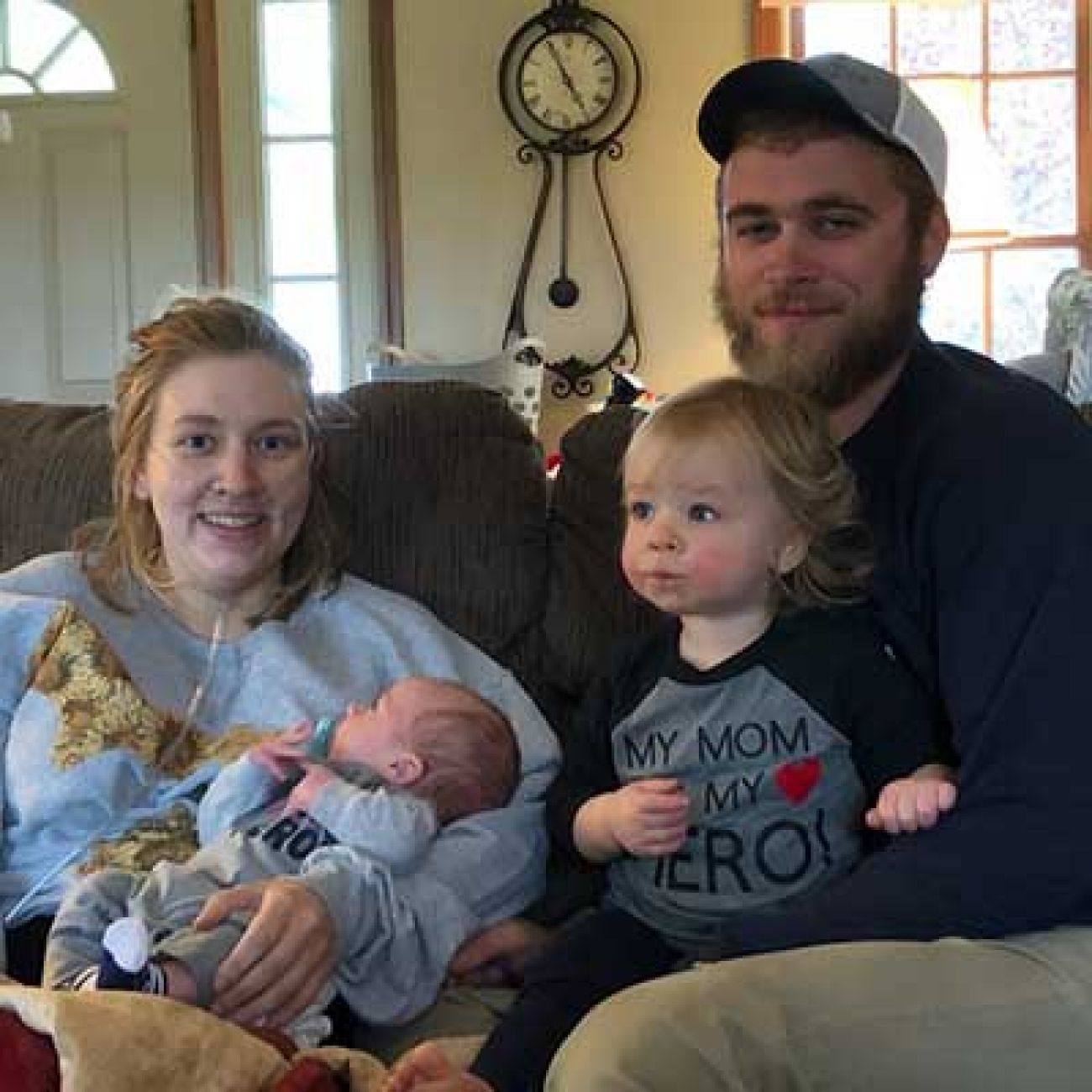 Kayleigh Fox, a West Michigan nurse, nearly died with COVID in the weeks following the birth of her son, Oak. She said some coworkers continue to refuse the vaccine. (Courtesy photo)

As a nurse, she was among the first to be eligible for a vaccine, but opted against it because she was pregnant and health guidelines for pregnant women were uncertain at that time. Health experts and the Centers for Disease Control and Prevention have since advised pregnant women to be vaccinated as well.

Oak was just 5 days old when Fox’s husband drove her to an emergency in the middle of the night. Kayleigh struggled to breathe and COVID eventually caused a blood clot, then began shutting down her heart, she said.

During her month-long hospitalization, she underwent surgery and was nearly placed on a ventilator several times. Among her coworkers, she said, are those who continue to refuse to be vaccinated.

In fact, some health care workers, including those at a protest earlier this month against vaccine mandates, have said they will walk off their jobs before being forced to be vaccinated.

“I have close coworkers who saw what I went through and still won’t get a vaccine,” Fox told Bridge Michigan Monday. “What’s it going to take?”