What COVID-19 test is best? Who pays in Michigan? What you need to know.

Michigan Health Watch
What COVID-19 test is best? Who pays in Michigan? What you need to know.

As athletes return to practice fields, travellers board planes, and employers struggle to keep employees and customers safe, testing for COVID-19 is becoming part of Michigan’s new normal.

But consumers face a dizzying array of information — much of it incomplete. Which test works best? How often should I take one? Will I have to pay for it?

Having so many choices can be confusing. That’s in part because there are many different kinds of tests.

The U.S. Food and Drug Administration suspended its normally rigorous requirements for test development during the pandemic, allowing hospitals and private labs across the country to quickly develop COVID-19 tests with still-unproven levels of reliability and varying promises of speed and ease.

That means the reliability of some tests may be “limited,” because “a low threshold of detection studies are needed to achieve FDA (emergency use authorization) status,” the American Academy for Family Physicians advised its members.

The FDA authorized more than 150 tests from a variety of manufacturers, all approved under its emergency use authorization powers.

Which is the right test for me?

Broadly speaking, there are two types of tests and they offer very different pieces of information.

The first category of tests is a diagnostic, or viral, test. It’s intended to tell you if you are currently infected.

The test checks respiratory system samples from inside your nose or throat or, in some cases, from saliva. There are two types of diagnostic tests.

A molecular test, known as a PCR, is named for the laboratory technique (polymerase chain reaction) that amplifies the virus’ genetic material in order to detect it. It is generally believed to be the most reliable test for COVID-19.

Does it matter if the sample is collected from your nose, throat or saliva? It may.

A recent Yale study indicated the saliva test was more accurate in detecting infection than the nasal test. But regardless of where the sample is collected, a test’s reliability can also be impacted by the person collecting the sample (human error is usually the biggest factor in reliability, rather than the test itself) and the timing of the test (accuracy can drop dramatically five to seven days after the start of the infection).

A second kind of diagnostic test, an antigen test, looks for proteins from the virus. This test is also collected from nasal or throat swabs, but is less reliable than a molecular test, according to the Mayo Clinic. Recognizing this, doctors may order a follow-up molecular test if the result from the antigen test is negative, said Dr. Subhashis Mitra, an infectious disease expert and interim chief of the Infectious Diseases Division at the Michigan State University College of Human Medicine.

The other category of testing is the antibody, or serology, test, and is generally used to determine if you were infected. Put another way, the tests detect whether you’ve had an immune response to the virus rather than the virus itself. It can be performed with a single finger prick.

Here too, timing matters. Antibodies can take a while to build. If the test is conducted too early, there may not be sufficient antibodies to detect. And it’s not clear whether antibodies fade quickly.

The FDA has listed serology test options here, along with varying levels of their reliability.

If an antibody test won’t tell me if I’m infected now, what good is it?

The most immediate benefit of antibody testing is that it builds a picture of past COVID-19 infections in the community, indicating how much a community has developed the antibody response.

Doctors hope — but don’t yet know for sure — the presence of antibodies will help protect individual carriers from a second infection and protect the larger community by offering “herd immunity.”

That, in turn, can help guide policy and business decisions in reopening economies.

Those who carry antibodies also may donate convalescent plasma that can help those who are currently sick fight infections.

Finally, antibody testing can settle curiosity, especially for those who were sick early in the pandemic, when testing was so scarce that only the sickest of the sick or frontline hospital workers were tested. 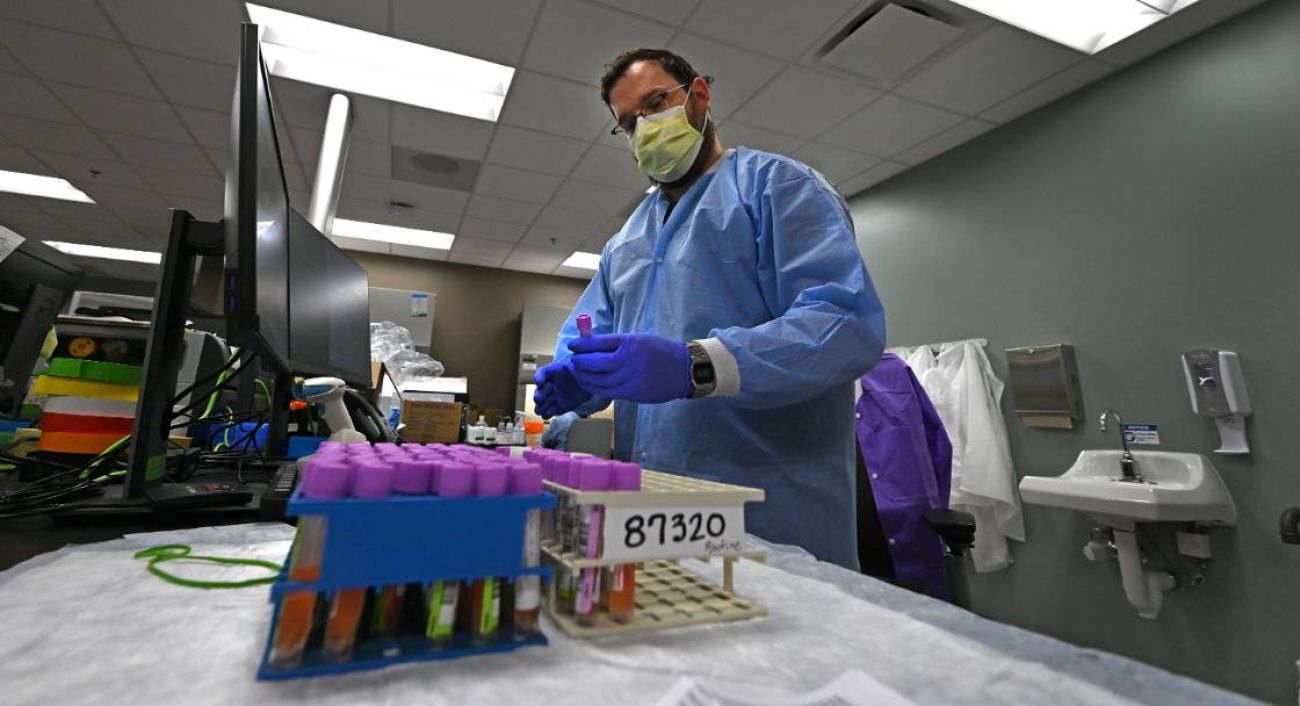 What do COVID-19 tests cost, and who pays for them?

Generally speaking, consumers shouldn’t have to pay out of pocket for COVID-19 testing. But there are some caveats.

If a test is “medically indicated” — for example, you need it because you are sick or as a precaution before a medical procedure — Michigan insurers will cover the  cost of the test, said Jeff Romback, deputy director of policy and planning at the Michigan Association of Health Plans, which represents most of Michigan’s large insurers.

Most Michigan insurers offered full coverage even before the Families First Coronavirus Response Act (FFCRA) mandated it, he said.

Federal guidance dictates insurers must pay “when medically appropriate for the individual, as determined by the individual’s attending health care provider.”

But one doctor might deem a test “medically appropriate” before visiting an elderly relative, while another may not, she said.

And keep in mind that even if your COVID-19 test is covered by insurance, you could be charged for other tests not related to the virus. For example, if you are tested for the flu or other illnesses at the same time, you may be on the hook for those charges.

In addition to individual insurance coverage, COVID tests often are covered through other sources during the pandemic. In some cases, employers who require workers to take diagnostic tests may pick up the costs, but that’s also in flux and may be open to interpretation.

In Michigan, state government foots the bill for diagnostic testing among nursing home staff and residents — testing required under an executive order by Gov. Gretchen Whitmer.

And this week, Rite Aid announced it was expanding testing throughout the country, including in Michigan. The pharmacy giant now operates 258 test sites throughout the U.S.

These sites do not require insurance; rather, the U.S. Department of Health and Human Services will pick up the cost at least through August, said Chris Altman, manager of clinical programs for the chain.

CVS also offers testing at some 1,400 sites nationwide. Insurance will cover the costs. But for the uninsured, federal funding picks up the tab, according to spokesman Joe Goode.

How do I find a testing site?

In addition to calling a doctor, Michiganders can turn to this state government link.

Is there a limit to the number of tests?

There’s no easy way for testing sites to track whether you’ve been tested elsewhere.

Additionally, testing resources are limited, and testing can tell you only so much, said Mitra, the infectious disease expert at MSU.

Diagnostic testing is a snapshot only and it may not detect the virus early in the infection. Likewise, much still remains unknown about the benefit of having virus antibodies, he said.

Because no test is 100 percent accurate, “relying only on a test can be very counterproductive. It can give you a false sense of security,” Mitra said.

How long will it take for my results?

Results of a diagnostic test may arrive in just hours, especially if the lab is onsite. That is generally the case for, say, a hospital-based lab down the hallway from the sick patient in an emergency room. At other collection sites, samples may be shipped to labs across the country to be analyzed, and often takes several days up to a week or more.

The state doesn’t track times between testing and results, but Lynn Sutfin, spokeswoman at the Michigan Department of Health and Human Services, said the state health department is aware that testing varies, dictated both by demand and supply limitations.

“Some labs are capable of providing next-day results while others may take up to a week,” she told Bridge in an email.

How do my test results show up in the state data?

You can see collective results of the state’s testing in this link, which the state health department said is updated daily. The state tracks diagnostic and total testing (diagnostic and antibody tests), as well as the percent of positive results.

Each time you are tested, the state says it records it separately.