Michigan plans to begin reopening its economy in 10 days. To do so safely, public health experts agree widespread testing for the coronavirus is key.

But with chronic shortages of testing supplies, and no solutions on the near horizon, the state is not close to meeting testing benchmarks experts have set, making it difficult to predict which parts of the economy can safely reopen, and when.

Michigan Gov. Gretchen Whitmer cited a testing supply shortage in a slew of television appearances and press gatherings in recent days. On Monday, metro Detroit hospital and other health officials said much the same in interviews with Bridge Magazine.

Without sustained improvement in the test supply chain and lab results, Michigan faces significant roadblocks to loosening its economic lockdown.

Under more generous criteria announced by the White House in a phased plan last week, Michigan still must satisfy threshold criteria for testing (and in areas such as hospital capacity and illnesses in the community).

For testing, the federal guidelines require one of two conditions be met:

Michigan, which had administered nearly 114,000 coronavirus diagnostic tests as of Sunday, has yet to meet either measure.

Daily confirmed cases of the coronavirus have mostly fallen over the past two weeks, but not consistently. And while the percentage of people who test positive has mostly dropped, the number of tests administered have dropped at times, too, according to state data.

Public health organizations and researchers set their own yardsticks for what level of testing is sufficient.

The World Health Organization contends that for a government to reopen, the percentage of people testing positive for COVID-19 should be between 3 percent and 12 percent.

Michigan is not close.

Over the past two weeks on average, nearly 30 percent of Michiganders tested received positive results, MDHHS data show. For three days now, the proportion of tests with positive results has dropped below 21 percent. Nationally, about 19 percent of coronavirus tests are positive, according to the COVID Tracking Project.

A high percentage of positive tests suggests not enough people are being tested. Michigan is a good example of that. In the initial weeks of the pandemic, Michigan followed strict guidelines set by the U.S. Centers for Disease Control and Prevention, limiting testing to people with serious symptoms because there were not enough tests to go around.

That meant those with mild symptoms or none at all were rarely tested. As more people are tested, especially those who have mild or no symptoms, this figure should fall.

A team of researchers at Harvard recently announced its own testing measure.

The Harvard team said the United States needs to triple its level of testing to 152 tests per 100,000 people by May 15 to safely reopen the country. Currently in Michigan, testing levels are at 45 per 100,000, based on a seven-day rolling average.

“We have a long way to go before vaccines are available, and we need to keep this transmission of COVID-19 in check or we’ll be back to where we were,” said Dr. Joseph Eisenberg, chair of the epidemiology department at the University of Michigan.

He, too, said Michigan needs a sustained, downward slope of cases and deaths. As social distancing rules relax, adequate levels of testing will help policymakers identify who can return to the workplace and with longer-term pandemic surveillance.

Cracks in the supply chain

While state and local governments and health providers in Michigan have significantly ramped up testing, they say they have been repeatedly frustrated by supply chain problems as the state loosened guidelines for who can be tested.

On April 14, Michigan announced that people with mild symptoms were eligible for testing. On Monday, it relaxed the guidelines once more; making essential workers eligible whether sick or not. The state is also partnering with Walmart, Walgreens, CVS and Rite Aid to open eight new drive-thru test sites across the state.

“We know, according to all of the epidemiologists and scientists… that robust testing is essential to have confidence about our strategies for safely reducing risk and re-engaging sectors of our economy,” Whitmer said.

The state also has posted more information about testing sites and is tracking other sites as they come online.

Detroit also broadened testing criteria, announcing Monday that essential workers will no longer need prescriptions for testing at the drive-thru station at the State Fairgrounds.

Still, Michigan continues to trail many states in the number of tests it has been able to administer, averaging 4,524 tests a day over the past week.

Whitmer is one of several governors from both political parties laying the blame on a national shortage of testing supplies.

“The reagents and the swabs are absolutely essential,” Whitmer said on NBC Sunday. “You can’t process all these tests if you can’t take the sample and protect it and move forward through testing. And so while our capabilities are there, these important supplies are not.”

The state has the capacity to more than double its daily testing — to 11,300 tests a day — through a network of 30 hospitals and commercial labs, said Lynn Sutfin, MDHHS spokeswoman.

“We are still in need of swabs and transport media, particularly in Southeast Michigan,” Sutfin said. “In addition, testing kits are also needed by hospital labs.”

Beaumont Health and Henry Ford Health System — among the first to announce they would begin hospital-based testing — are performing at just a fraction of their lab capacity, spokesmen told Bridge Monday.

Beaumont has been able to conduct just over 10 percent of the tests it could perform — an average of 357 a day instead of the 3,000 it could do with enough reagents — the substance added to specimens to detect genetic markers of the virus, spokesman Bob Ortieb said.

Henry Ford is processing 200-300 tests a day, but could do more than 1,000 if it had enough swabs, spokeswoman Kim North Shine said Monday.

Oakland County opened a testing site last week in partnership with Honor Community Health. The county hopes eventually to run  specimens in its own labs. It ordered two machines to do so, but it too hasn’t been able to get enough testing material, said county spokesman Bill Mullan.

Central City Integrated Health, in downtown Detroit, said it was able to score supplies for some 30,000 test kits more than a week ago after long hours on calls to an international distributor, a factory in China, and a lab in Korea. It was also able to line up a lab to process the tests.

But the health clinic said it can’t yet take advantage of testing capabilities because it lacks personal protective equipment needed so staff can safely administer the tests. 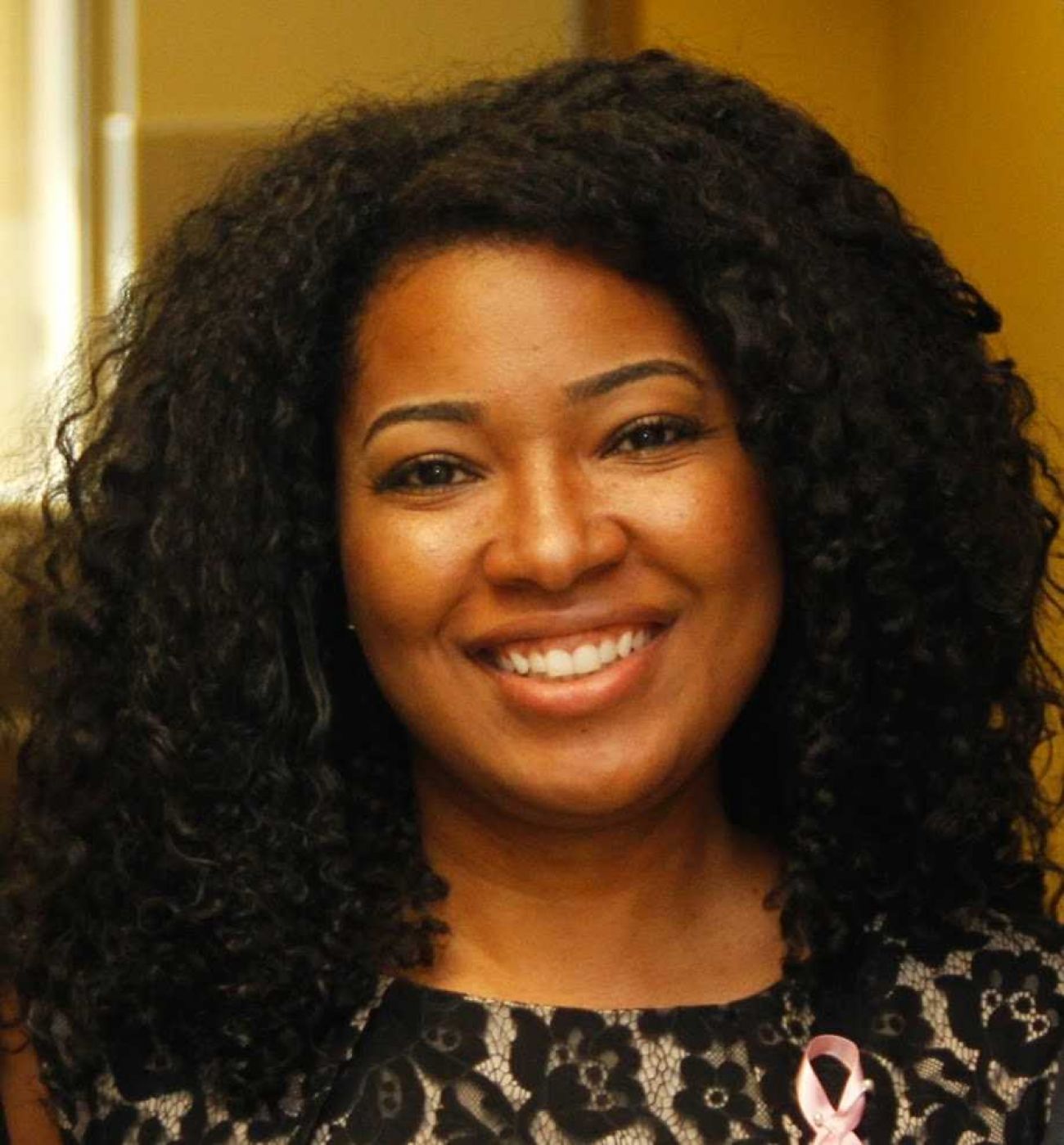 “I got confirmation that the order will be here this week,” Interim President and CEO Dr. Kimberly Farrow told Bridge Monday.

Central City would be among the first to offer the test to asymptomatic individuals — an effort that will help contain the spread in southeast Michigan. The clinic said it is planning to distribute tests to other health clinics as well, and hopes to conduct “mass testing” at churches and community organizations.

“You have people wanting to return to work and they want notices — a letter from the doctor,” Farrow said. “But we can't necessarily send people back to work with great confidence because we don't know if they're still infectious or not.”

This waiting game is what makes the supply issue particularly confounding, according to U-M’s Eisenberg.

“It’s not like this is a technological problem or that we don’t have the capability. It’s a supply chain issue,” he said.

The federal government, even the military, could play an important role in connecting that chain, he said: “You can’t win a war if you run out of food.”

Eisenberg and others point to a second set of tests that can also offer crucial information to policymakers trying to determine when and how to safely reopen.

Blood tests that detect antibodies to COVID-19, which in theory would help identify people who gained immunity after having the disease, are also considered crucial for reopening the state. But currently available tests, many of which were rushed to market in response to the pandemic without any scrutiny by the U.S. Food and Drug Administration, do not all provide accurate or reliable results.

And, crucially, given its newness, it is not yet clear if the presence of antibodies to COVID-19 makes a person immune and for how long.

Still, doctor’s offices and labs across Michigan have started offering the tests, or are looking to purchase them in order to test large numbers of patients. Antibody test results are not required to be reported to the state so it’s impossible to know how many have been administered, or even where they’re offered.

Some states are planning for widespread antibody testing. In New York, Gov. Andrew Cuomo announced the beginning of large-scale antibody testing on Monday, with a goal of testing thousands per day. In Idaho, a nonprofit group called Crush the Curve Idaho is offering diagnostic and antibody tests to anyone in the state regardless of symptoms or risk level. 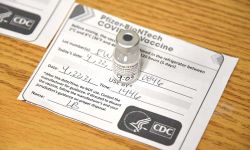 Vaccine mandates increase among Michigan employers. What you need to know. 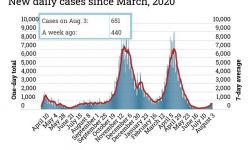 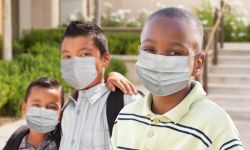 Youngsters key to Michigan herd immunity. But less than half have had shots