ROSCOMMON COUNTY—The teenage boy stood at the end of a dirt road Thursday morning, his hands shoved into the pockets of a hooded sweatshirt. A yellow school bus pulled up and driver Tim Hines waved from the front seat.

Schools across Michigan have been closed for nearly a week, but waiting for the bus remains a daily ritual for hundreds of students in Roscommon Area Public Schools, a rural district in the northern Lower Peninsula, just south of Grayling.

The bus lumbered to a stop, and the boy reached out his arms as Sara Schroeder, a school social worker, and Wendy Terry, the secretary in the district’s elementary school, handed him two plastic grocery bags filled with breakfast and lunch food for the next four days.

“Can you show this to your parents?” she asked. “We’ll be back Monday, OK?”

The bus rumbled down the road to a small cabin, where several faces appeared in the front window. Two sisters emerged to collect the family’s food.

In the forested lakeland community of Roscommon, this is what school lunch looks like in the midst of a pandemic. Michigan schools were ordered closed for at least three weeks in an attempt to limit the spread of the new coronavirus. Schools are scheduled to reopen April 6, but school officials around the state admit that the closures could stretch farther into the spring.

The long school break is a particular hardship for low-income children, many of whom rely on free breakfast and lunch at school as their main source of nutrition.

Schools across the state have mobilized to help hungry students, putting aside textbooks to become the pandemic equivalent of drive-thru restaurants and food trucks in a matter of days.

Those efforts look different across the state. Many urban and suburban districts established centralized meal pickup sites where families can retrieve pre-made meals.

That doesn’t work in the sprawling, sparsely-populated districts of northern Michigan like Roscommon, said Catherine Erickson, the district’s superintendent. Here, some 850 students are scattered across nearly 350 square miles. About two-thirds of them come from families with incomes low enough to qualify for free or reduced-priced school lunch.

The students with the greatest need for food are also most likely to lack reliable transportation to travel to a pick-up site that could be dozens of miles from home.

“We didn’t want to be handing out meals to only 15 or 20 kids, when we know the need is far higher,” Erickson said. 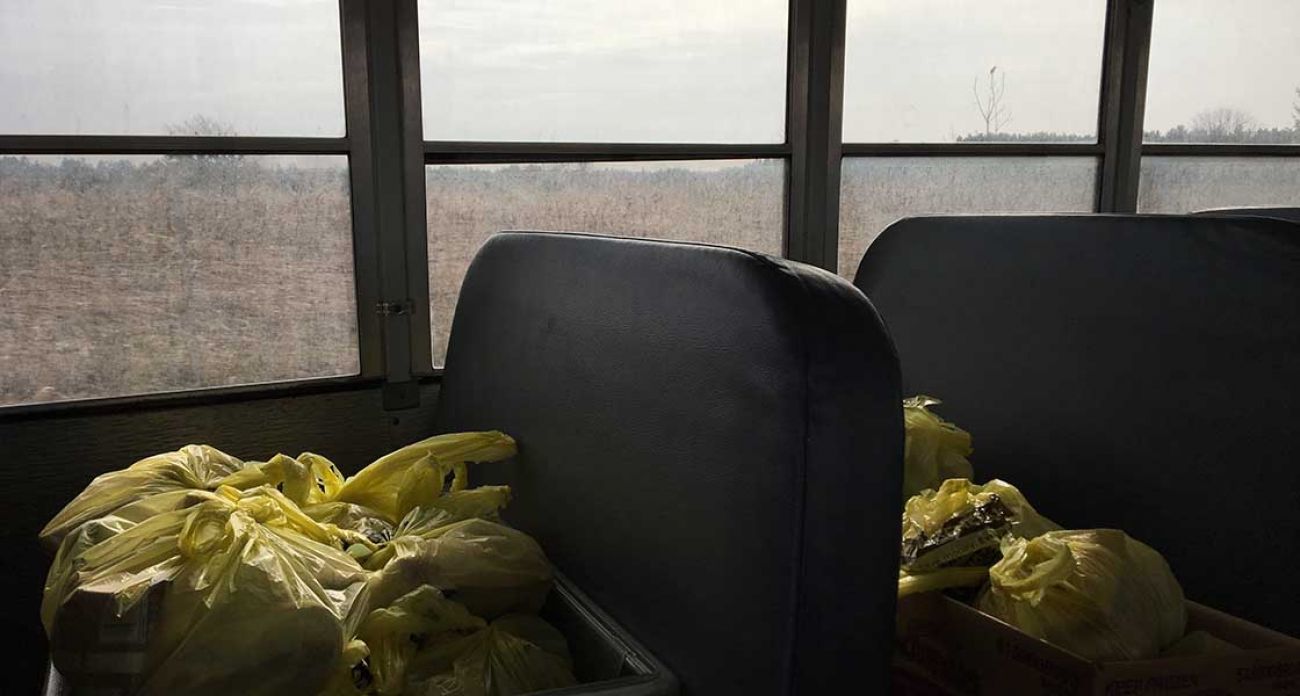 So during the three-week closure, Roscommon’s eight school buses have transformed into a mobile meal delivery fleet. The cafeteria is now an assembly line where teachers and secretaries work alongside food service workers, filling plastic bags with ham sandwiches, apples and oranges, carrot sticks, crackers and granola.

Erickson said the plan works for one reason: “staff buy-in.”

When Michigan Gov. Gretchen Whitmer announced the school closure, she asked schools to continue paying staff. So, Erickson said, “we reached out and said ‘we’re still paying you, can you come in and help us feed kids?’ And people were nothing but generous.”

On Thursday, Hines’ bus traveled roughly 100 miles on mostly dirt roads to deliver meals. Instead of carrying noisy kids, the seats were filled with grocery bags. Instead of holding counseling sessions with students facing challenges at school or home, Schroeder spent the day passing meals through the bus doors.

Although meal delivery is outside her normal job duties, Schroeder welcomed the opportunity to get her eyes on students who she knows from counseling them about traumatic home lives, evictions, utility shutoffs and other challenges that threaten their academic success.

She said she worries what will happen if the shutdown drags on longer than three weeks.

“It’s a relief to get this chance to check in with them,” Schroeder said. 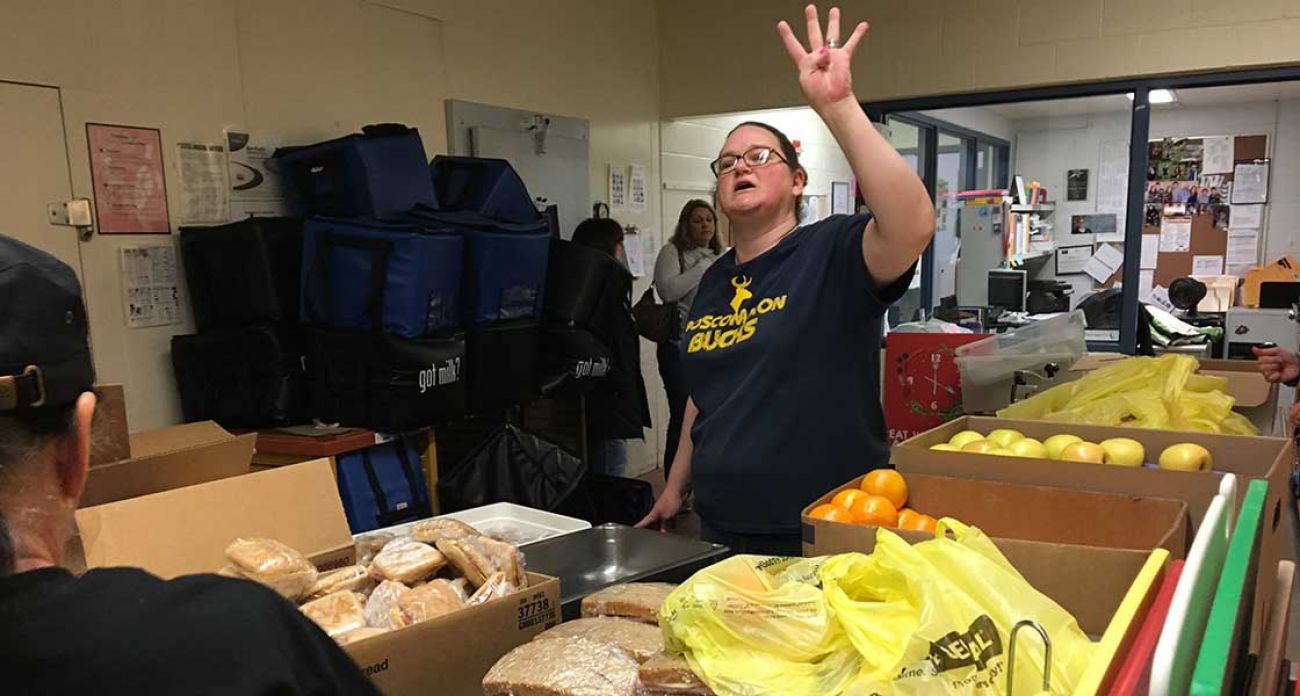 The mobile meals program has had its challenges. Facing supply-chain troubles with food delivery, yet another impact of the pandemic, kitchen staff have had to make compromises when preparing bag lunches. Valerie Larange, the district’s director of dining services, said she wouldn’t normally include crackers as a grain source in school lunches, for example, “but supplies are getting harder to come by.”

If the pickings get even slimmer in the coming weeks? “We’ll just get more creative,” Larange said.

By the end of driver Hines’ two-hour route Thursday, his bus had distributed enough food to keep 82 kids fed through the weekend. In total, the eight-bus fleet fed 539 kids.

Before returning to the bus garage, school secretary Terry saw there were a few leftover bags. She suggested the group backtrack to the small log cabin to drop off the extra food.

“It’s a family we know could use it,” she said.

Without skipping a beat, Hines turned the bus around.