CADILLAC – By almost any indicator, the students at Kenwood Elementary in Cadillac should be poor readers.

Almost three in four Kenwood students are economically disadvantaged, in a state that ranks 44th in the nation in low-income fourth-grade reading skills.

More than nine in 10 students at the school are white; Michigan’s poor, white students rank a dismal 49th in fourth-grade reading, ahead of only Alaska.

Yet Kenwood’s low-income students are reading all-stars, meeting Michigan’s fourth-grade reading standards at double the rate of poor students elsewhere in the state. That’s quite a record for a school that, just four years ago, was one of the worst-performing in Michigan as measured by the Michigan Department of Education.

That turnaround was no miracle, say school leaders in Cadillac, just a new approach to teaching, a focus on data, and a lot of work. 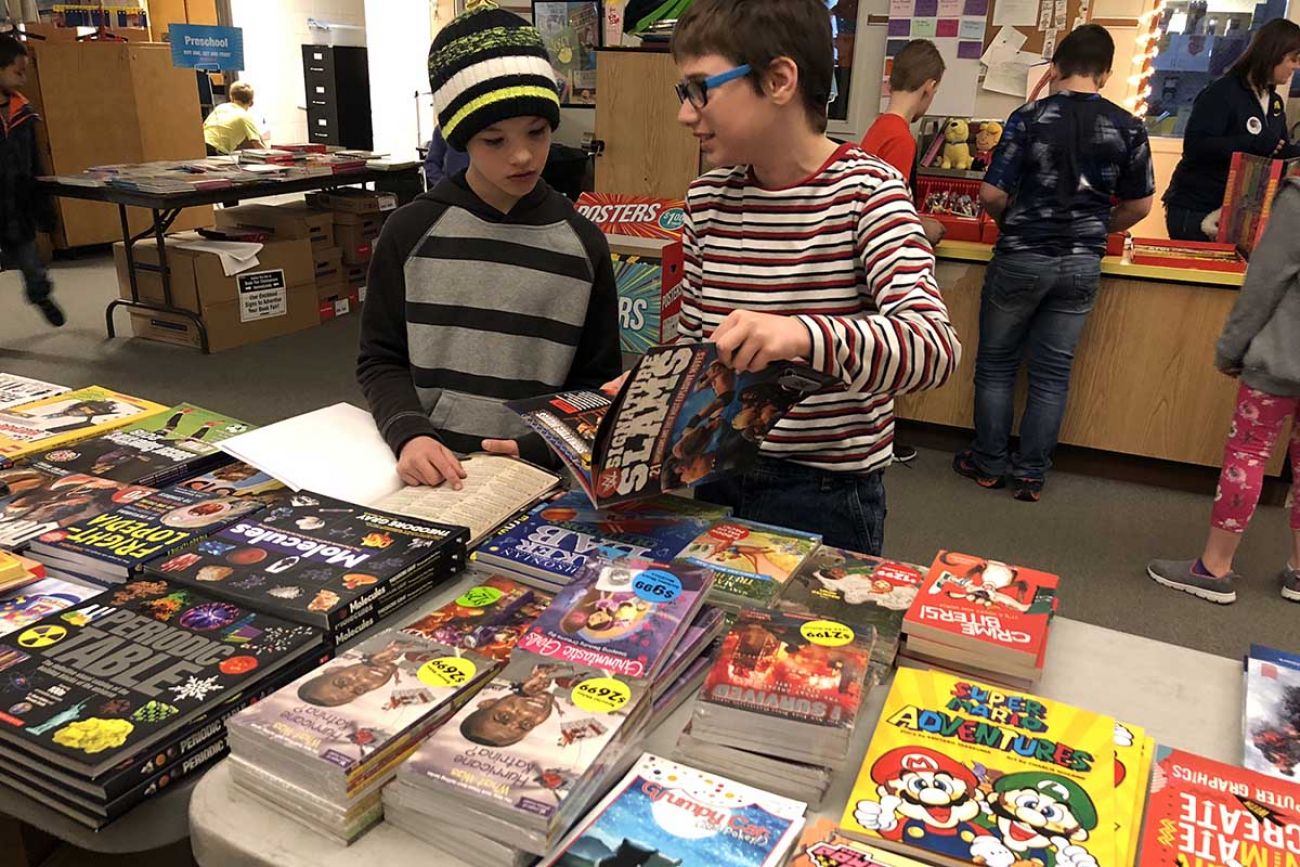 The question is whether Michigan can find that same sense of urgency to respond to poor education performance across the state.

Scores released this month from the National Assessment for Educational Progress, often called the “nation’s report card,” showed Michigan remains in the bottom third nationally in overall student achievement. Michigan fourth-graders ranked 36th in reading compared to their peers in other states.

That should be sobering to state leaders, because early literacy is considered a major indicator of later academic success.

More sobering is an analysis conducted by Brian Jacob, a University of Michigan economics professor. Even when economic and social indicators (such as poverty) are taken into account, Michigan schools underperform compared with most other states.

Michigan also had the biggest decrease in fourth-grade reading and eighth-grade math scores between 2003 and 2015 among all students.

“Michigan is doing worse,” Jacob said. “I don’t think anyone knows exactly what the reason is, and that’s partly because there are lots of reasons.”

“For example, Michigan funds our schools less equitably than many other states, which affects low-income students of all races,” Duke said.  Many high-performing states give added money to poor districts because it costs more in additional staffing and resources to raise student achievement among low-income students. In Michigan, per-pupil funding is equal for students regardless of income.

“Our students just really don’t have the support, and in some cases our schools don’t have the staffing that some other (states) do,” said Ron Koehler, assistant superintendent of Kent Intermediate School District, which includes Grand Rapids Public Schools. “We’re last in the nation in terms of school nurses, for example. We don’t have as many social workers to deal with issues (as other states).”

Comparing the Great Lakes State with the Sunshine State offers an example of how the nitty-gritty of state policy can affect learning. While Michigan’s low-income white fourth-graders rank 49th in reading, Florida’s rank second, with reading skills almost two years ahead of similar students in Michigan. A decade ago, Florida’s fourth-graders were a year behind Michigan’s.

One element in that turnaround: Florida invested heavily in early literacy, in additional staffing and teacher training, to the tune of $130 million in 2014 alone. By comparison, Michigan allocated $6 million for early literacy coaches in 2017.

Florida voters passed a constitutional amendment in 2010 capping class size at 18 for kindergarten through third grade and 22 for fourth through eighth grades. Florida also has universal pre-K available to all families. Michigan’s pre-K program is available only to low- and moderate-income families, and even among those families an estimated 30,000 4-year-olds still do not have access to high-quality early education.

In a 2014 interview with Bridge, Florida’s Foundation for Excellence In Education CEO Patricia Levesque said, “If a big state with a Michigan-size population of low-income students can improve, maybe there are some things Michigan can learn from Florida’s experience that would be useful.”

There may also be lessons closer to home, too, in a blue-collar town in northern Michigan.

Hope in an unexpected place

Cadillac is a town of 10,000 in the northwest Lower Peninsula. In the 1800s, it was known for its lumber business and locomotive manufacturing. Rock band KISS played at a homecoming dance there in 1975. Today, it’s a typical northern Michigan community, with below-average household income and educational attainment, surviving on small industries and tourism.

“I know people want to find a silver bullet in a program, but most of that turnaround was due to a shift in thinking. It really is about finding people who are committed to the work and the kids, and are willing to roll up their sleeves (and say) ‘Whatever the kids bring to school, we’re going to work with it.’” ‒ Cadillac Superintendent Jennifer Brown

Four years ago, the Michigan Department of Education placed Cadillac’s highest-poverty school – Kenwood Elementary – in the second percentile of all Michigan schools, based on assessments and performance growth on a variety of tests and subjects.

Two years later, the school rose to the 59th percentile.

The remarkable turnaround was based partly on the school’s rising reading scores. On the 2017 M-STEP, Michigan’s state accountability test, only 29 percent of the state’s low-income fourth-graders were proficient or better in English language arts, half the rate of their wealthier classmates.

But at high-poverty Kenwood, 62 percent of low-income fourth-graders were proficient or higher ‒ one of the highest rates for low-income students in the state.

Kenwood’s success shows that Michigan schools can improve learning, and can do it without a huge infusion of cash. 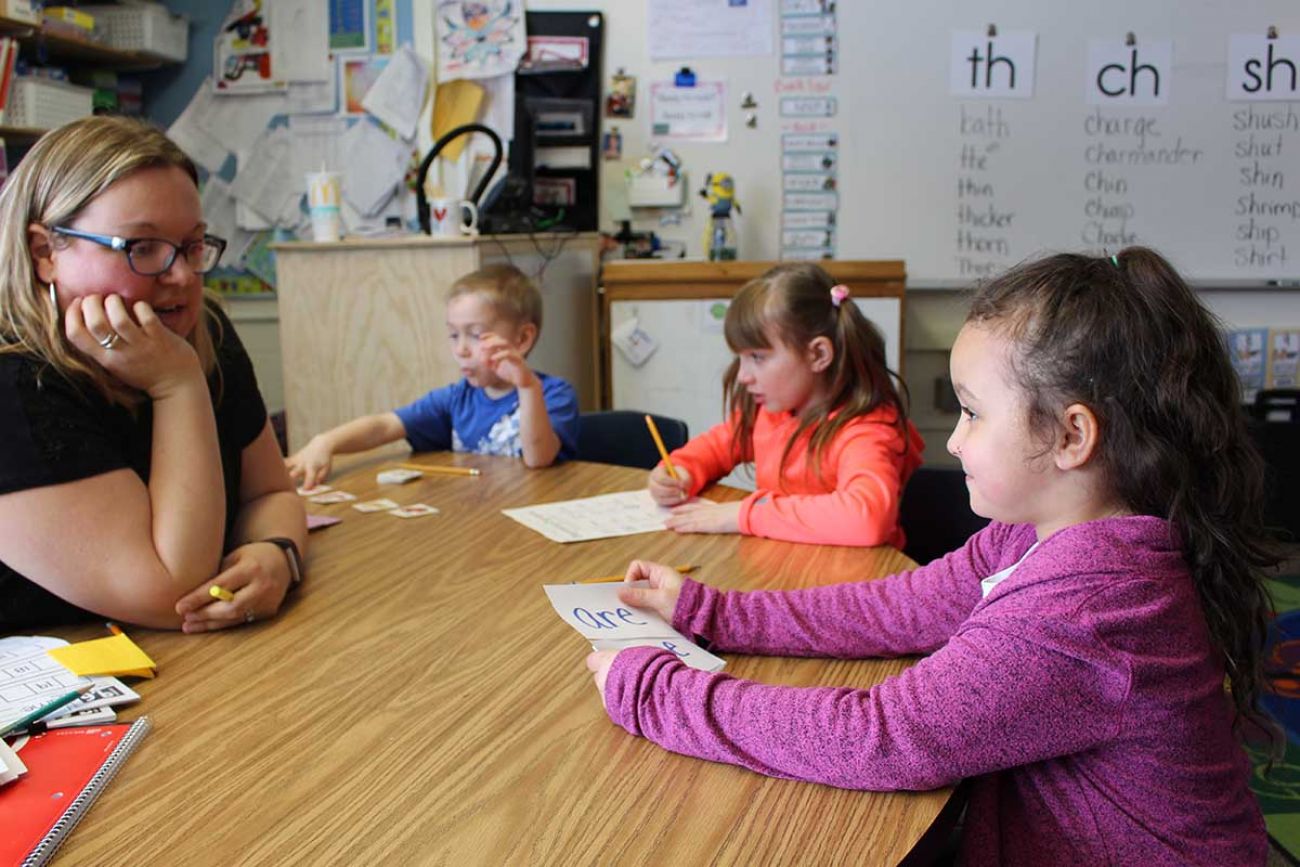 In a small, cluttered principal’s office, Kenwood Principal Kelly Buckmaster and Cadillac Superintendent Jennifer Brown rattled off a list of changes instituted at the school since its low-water mark in 2014.

“It probably doesn’t sound revolutionary,” admitted Brown. “I know people want to find a silver bullet in a program, but most of that turnaround was due to a shift in thinking. It really is about finding people who are committed to the work and the kids, and are willing to roll up their sleeves (and say) ‘Whatever the kids bring to school, we’re going to work with it.’”

“We still have all the problems,” Buckmaster said. “We just handle them differently now. We focus on what we can control.”

The reforms at Kenwood have been so successful they’ve been expanded to other elementary schools in Cadillac, with Brown squeezing dollars from the district’s budget to pay for more literacy coaches.

What happened at Kenwood can happen elsewhere, Brown said. “We can’t clone Kelly and her staff, but you don’t need to,” she said. “Teachers work hard. They’re invested. No one gets into the profession to see kids not succeed. This is scalable, if teachers are supported in the right way.”

That support includes building in time for teachers to work together to share an idea, ensuring they receive quick access to student data, and providing the money for good professional development.

“It takes a commitment to allocate resources where needs are and not just follow the same paradigm you’ve always followed,” Brown said.

The question is whether the state now has that same sense of urgency that Kenwood instructional coach Heidi Stange feels when she recalls the faces of teachers the day they learned the school was in the second percentile.

“We can’t think we have a handle on it, because then we’re losing focus,” Stange said. “It scares me when I think about us sliding.”

There is a frustratingly stubborn gap in the reading skills of Michigan students from low-income families and their wealthier classmates. Look up the percentage of poor students and non-poor students who were proficient or higher on the M-STEP third-grade English language arts test in 2017 by typing in the name of your school district.

* Not published by the state.

Source: 2016-17 M-Step results from the Michigan Center for Educational Performance and Information