Another 150,000 Michigan families would be eligible for free or reduced-price child care under a $67 billion state budget proposed Thursday by Gov. Gretchen Whitmer.

The Democratic governor wants to use $370 million in state and federal funds to increase the income limit for families to be eligible for state aid for child care, eliminate co-pays, boost pay to child care providers and provide stimulus funding to help child care centers stay open.

The boost in spending – made possible primarily through federal COVID relief funds – is an acknowledgement of a growing child care crisis in Michigan that threatens to hobble the state’s economic recovery.

High-quality child care for an infant can cost more per year than tuition at the University of Michigan. Some child care centers have waiting lists more than a year long, and some families schedule pregnancies so that they have no more than one child in care at a time.

The crisis has grown during the pandemic, with many child care centers still closed, or reopening at reduced capacity because of staff shortages and to allow for greater social distancing.

Whitmer called the funding increase a “game changing investment” in early learning that could help low- and moderate-income families. The funding will “Immediately, and directly helps parents continue working while giving them the peace of mind to know that their kids are continuing to grow and learn, Whitmer said Thursday

The additional child care funding is part of the governor’s proposed budget for the 2022 budget year. Budgets must be approved by the Republican-controlled Legislature, and the final budget could bear little resemblance to Thursday’s proposal made by the Democratic governor.

“Anything we can do to help families with child care, which will ultimately strengthen the (child care) programs, is a good thing,” Erica Willard, executive director of the Michigan Association for Education of Young Children.

Elisabeth Tobia, CEO of Educational Child Care Center in Lansing, praised the proposed budget increase as “precisely what Michigan's economy needs to heal and grow. This budget recommendation signals that Michigan is ready to become a leading force in child care reform.”

For a family earning Michigan’s median household income of about $55,000, infant or toddler care at Tobia’s center would swallow about $15,000, or 27 percent of gross earnings.

The income cap increase through September 2022 would boost the number of families eligible for free or reduced-cost child care to about 560,000, a 35 percent increase over the current eligible families.

State assistance, which is paid directly to child care providers, ranges from the total cost of care for those under the poverty line, and decreases as family income rises toward the cap.

The state is inching toward free pre-K for 4-year olds, through expansion of state-funded Great Start Readiness Program classes for low- and moderate-income families, and the growing use of “early 5” kindergarten as a two-year kindergarten program.

That still leaves families with two working parents scrambling to find openings in child care centers, and to pay for that care.

For years, Michigan was among the stingiest states in the nation for child care assistance, with income eligibility capped at 130 percent of the poverty line. The cap was increased to 150 percent in the current-year budget, signed by Whitmer in September.

Making more families eligible for child care subsidies only helps if those families can find open slots at high-quality centers. Willard said there are “child care deserts” in rural areas of the state that have been made worse by the pandemic. Willard said providers need financial help to reopen – something that is provided in Whitmer’s budget proposal in the form of $55 million in grants.

“By making a sizable investment in child care we can help alleviate the burden faced by working families here in Michigan,” Whitmer said, “especially women … who have made countless sacrifices to put food on the table and care for their kids.”

The proposal won praise from the Grand Rapids Chamber of Commerce, one of many business groups that have rallied around child care support as an economic driver.

“We are thrilled to see a substantial increased investment in our child care industry,” Alexa Kramer, director of government affairs, said in a release. “We know that our economic success is reliant on our child care providers who have continued to step up to provide a safe environment for our children.” 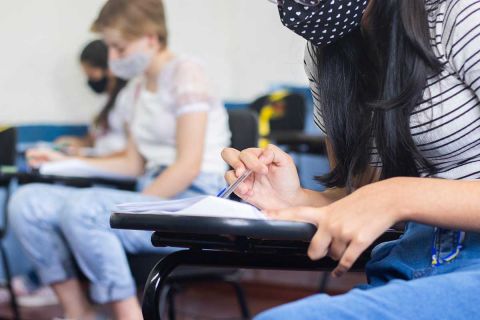 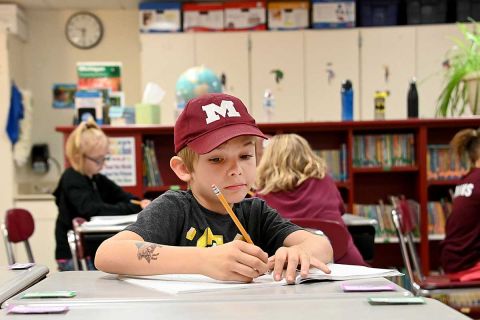