Doubling the size of a factory during a global pandemic may not fit a traditional business plan.

But Shaggy’s Copper Country Skis is based in Northern Michigan, where it's making a product that helps to define the winter economy for the ski-maker’s home in Boyne City and across the region.

And in a year when people are turning to outdoor recreation in record numbers during warmer months – filing state and national parks and campsites, emptying stores of bicycles and kayaks – Shaggy’s is just one of many companies hoping for a similar good run of business during Michigan’s ski and snowboard season.

The staff of eight has been focused on a wave of orders that already seems “pretty robust,” said Spencer Lindenberg, sales and marketing manager for one of the rare U.S. ski production companies.

“We’re trying to make them as quickly as we can,” Lindenberg said.

That’s exactly what the Michigan Snowsports Industry Association wants to hear with many ski runs hoping to open in November.

Mickey MacWilliams, the director of the trade group, has been working with national winter sports organizations and her statewide members to navigate how COVID-19 regulations and consumer worries force changes on their businesses.

All of them look back on how people rushed to outdoor activities during the spring and summer months, and that’s inspiring them, MacWilliams said, even as coronavirus cases climb to record levels in Michigan.

“If we have a nice, cold, snowy winter, we’ll have a good season,” she said, adding: “Depending on circumstances.”

But she offers advice for skiers making plans for this year, when the pandemic is forcing changes in capacity, operations and expectations for customers: “Dress warmly … be patient and comply with the rules.” 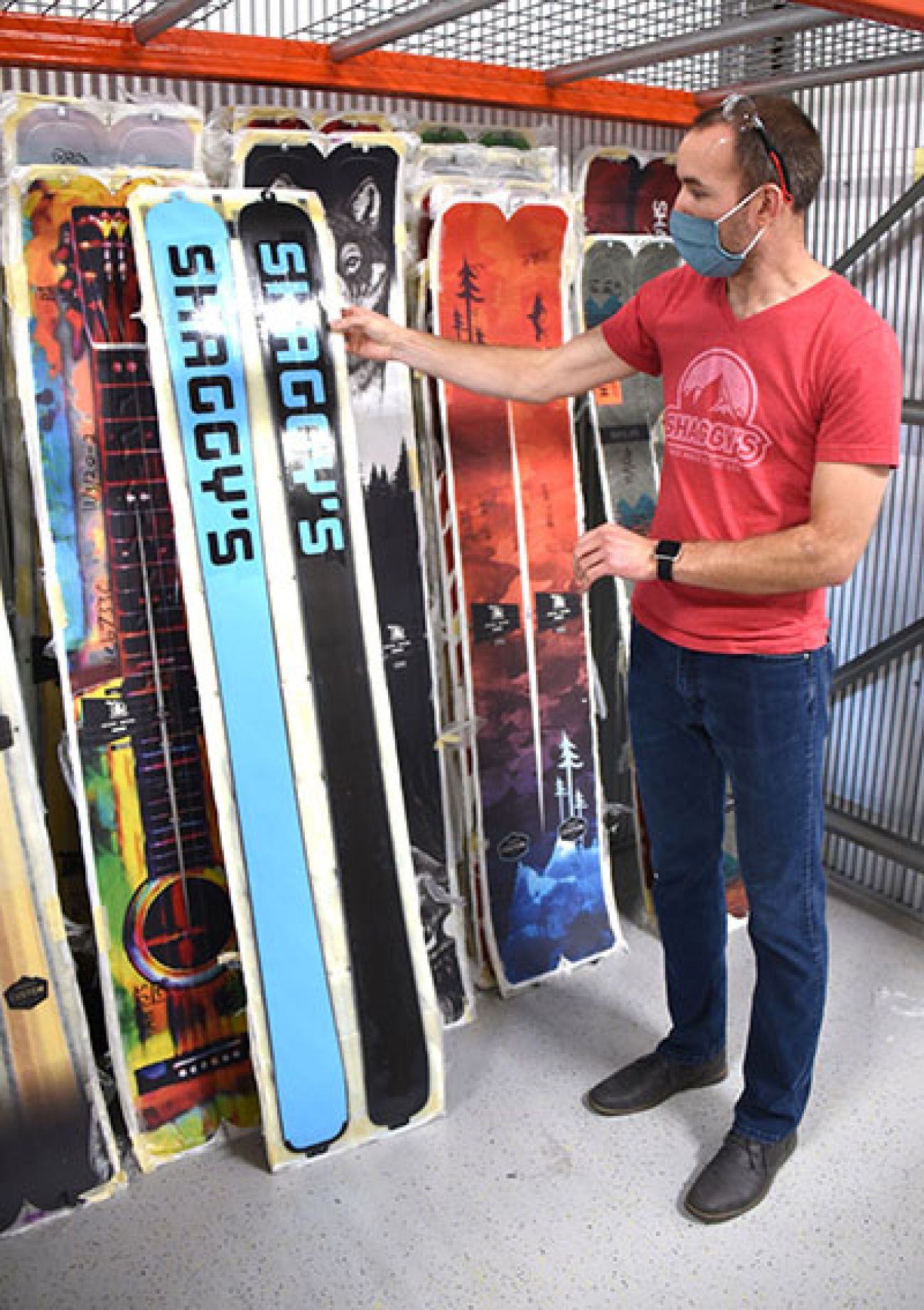 Figuring out how to thrive this winter while also adapting to coronavirus has made this winter “by far the most difficult season” of Steve Kirschner’s 25 years of preparing Shanty Creek for skiers and snowboarders.

But the resort, with its 53 trails and three lodges near Bellaire, is ready, Kirschner said.

Equipment rentals will now be delivered to customers on the property to cut down on traffic inside rental shops. Lift tickets can be purchased online. Food trucks and heated outdoor dining spaces will be found at the resort’s gathering areas. Some changes even will result in revenue gains, Kirschner said, like shifting from group lessons to private lessons.

But the pressures on operators remain, mostly as they try to maximize visitors in a down year while trying to limit close contact.

Lodging, for example, is suffering across the nation as travel declines. “We made a conscious decision not to be at 100-percent capacity,” Kirschner said about Shanty Creek’s guest rooms. “That’s just too many people.”

State health restrictions on indoor crowds also change the game this year for a destination that counts on food and beverage revenue.

“That one is a tough one to solve,” Kirschner said. But the resort is trying, with options that include to-go windows and a phone-app for ordering, in addition to the food trucks.

Skiers need to be ready to warm themselves, possibly in their cars, he added, since traditional warming centers – like the lodges – might not have room for them.

On the slopes, Kirschner said, Shany Creek is confident it can provide customers with a good time. In turn, he said, advance lift ticket sales already are up over 2019. “We’re pretty encouraged about what’s going to be happening outside.”

Four-person lifts will run more frequently, so skiers won’t have to ride with strangers. And self-service kiosks for lift tickets will cut down on employee interaction.

Like all slopes in Michigan, Shanty Creek will insist on face coverings on its property. All operators in the state adopted the same guidelines, MacWilliams said, to convey consistent policy that mirrors what’s been adopted by many of the largest ski destinations in the United States.

Indoors, MacWilliams said, “all ski areas in Michigan are requiring face coverings on the mouth and nose at all times inside except when a person is seated to eat or drink.”

Outdoors, masks may be removed when a skier or snowboarder is on a run. Beyond that, expect to see them worn at lifts, staging areas, when people are approaching the lodge or even waiting for a shuttle bus, MacWilliams said.

“And hand coverings, too, but that’s kind of a given.”

After seeing mask controversies play out in other industries, MacWilliams said snowsports operators just want the public to comply with the rules, in hopes that they can prevent health-related temporary closures due to the virus.

“We don’t want (masks issues) to be the reason we lose the season,” she said. 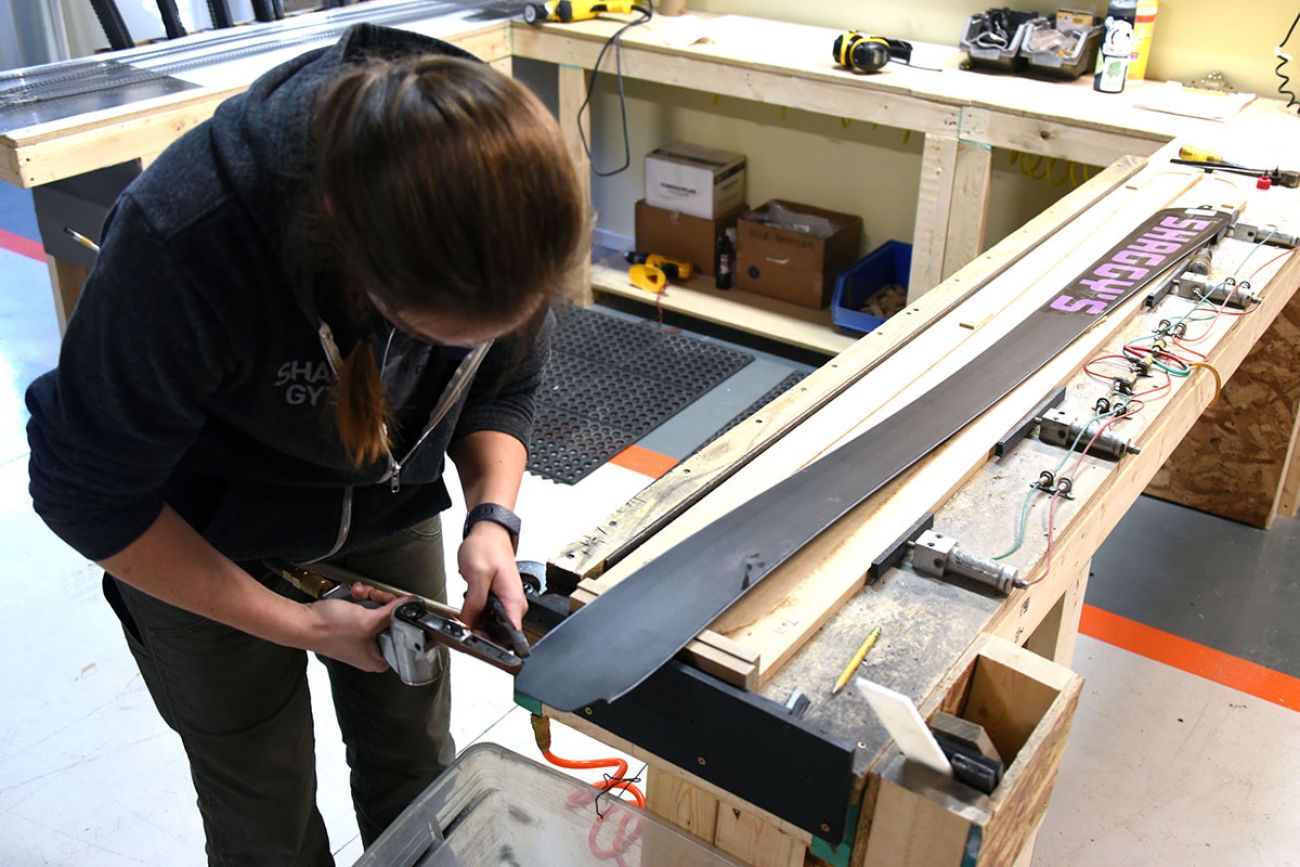 Ski hills are found in many areas of Michigan, but they’re concentrated in the northwest Lower Peninsula. Many are part of large resort-style developments that cater to golfers in summer and switch gears to become ski and snowboard destinations in winter, becoming part of an estimated $20.3 billion national industry.

According to the Michigan Economic Development Council, $408 million was spent in Northwest Michigan in 2018 on recreation, another $409 million on food and beverages and $571 million on lodging.

Grand Traverse County led the 10-county region, with an estimated $465 million in visitor spending. It was followed by Emmet County at $400 million. The area is of course a big summer destination as well. Jillian Manning of Traverse City Tourism said a 5 percent “room tax” from hotel stays funds marketing of the region.

With one in six jobs tied to tourism, a busy winter sports season helps to even out the economy and provide jobs year-round. Skiing is the big driver of that, Manning said.

“This year, the stakes are even higher to make sure the local community is supported,” she added.

Summer and the extended warmth this fall helped to push hotel occupancy up to a year-to-date decline of about 30 percent, Manning said, due in part to the stay-at-home order in April and loss of conference and events business.

In a typical year near Traverse City, winter activities will drive occupancy at about 50 percent of summer, with peak times – like holidays and long weekends – reaching 80 percent.

Hotels and resorts aren’t the only ones to benefit from that burst of winter business. Retailers and restaurants count on it, too, Manning said.

Early signs of a busy season already are spotted in stores that sell winter sports gear, including apparel.

“I had a record October,” said Jeff Swanson, owner of Don Orr Ski Haus in Traverse City. “It’s tough to say, but I think the reality is anybody in the outdoor industry right now is experiencing a surge in sales because everyone wants to be outside.

“I’m anticipating a record year, providing that it snows.”

Winter ordering normally takes place in March, a time when Swanson said COVID-19 made predictions difficult. He cut orders, but by July and August – which he describes as “crazy busy” – he increased preseason winter inventory. He’s also expanding his staff and scheduling them for more hours, anticipating a rush of sales starting at Thanksgiving.

The slowdown in air travel due to the coronavirus could help the ski industry, Swanson said, with more people choosing to stay in Michigan or travel from nearby states to resorts here.

About an hour north of Don Orr’s, Shaggy’s also expects to capitalize on its Michigan connections as it sells its customizable downhill skis starting at $649. One of the most popular options: Adding a photo of a skier’s dog near the tips.

Most skis are made in Europe, with some in China. Shaggy’s is finding that coronavirus is driving interest in US-made products, notably among Michigan residents who may be surprised to find a ski manufacturer in-state.

“Michigan is our biggest market,” said Lindenberg, the company’s marketing manager. “There’s an appreciation for stuff made in the U.S.”

As the season takes off, even with COVID-19 cases rising, Lindenberg said Shaggy’s is holding onto it’s hopes to finish the year strong. Spring was difficult for the company until it switched to making face shields for the personal protective equipment market. Now, it’s producing both face shields and skis.

The pandemic is creating “a lot of pent-up demand for outdoor stuff,” Lindeman said. “A lot of people are telling us they’re looking to spend more time skiing or they want to get into it.”