New homes demand is high in Michigan. So are builder costs — and prices

Business Watch
New homes demand is high in Michigan. So are builder costs — and prices

Scott Schwanke opened an email on Thursday containing yet another curveball that the state director of M/I Homes will have to field as the company plans to build up to 400 new houses in southeast Michigan this year.

He already easily lists how construction financials are changing: Lumber costs hit a record high in 2021, affecting costs of framing, flooring and cabinets. Fuel costs are increasing for deliveries. Appliances still take months longer to receive as manufacturers continue to grapple with a global chip shortage to direct the electronic elements in everything from refrigerators to clothes dryers.

“Appliances are a nightmare,” he emphasized.

And then the email: As wood prices seemed to be headed down for the building season, Schwanke learned a major Canadian sawmill plans a four-week shut down, saying it needed to catch up to its own supply chain problems.

Forget reports that cost pressures are waning, Schwanke said. “Our April lumber prices are going up.”

The home building industry in Michigan is entering the second quarter of 2021 expecting the spring to launch a wave of buyer demand, due in part to the record low numbers of existing homes listed for sale.

However, builders and their suppliers — after already navigating a pandemic and shortages of everything from plywood boards to labor — also say that volatility in their industry hasn’t ended. They’re facing still more pricing pressures, hiring shortages and market uncertainty, even as they brace for what they say should be a busy season.

The combination is just “weird,” said Darian Neubecker, vice president at Robertson Brothers Homes in Bloomfield Hills. “There’s no other way to say it.”

As a result, average costs are climbing along with prices, ranging from 15 to 20 percent, Neubecker told Bridge Michigan.

“We’ve never been in a market like this,” Neubecker said. “... It’s a challenge to build a house and deliver it (to a buyer).”

Increases from all sides

Residential construction is still waiting for its full rebound in Michigan, where the pace of new home building is about one-third of its peak in 2004, when permits were issued for 44,450 single-family houses. The number plummeted to 6,344 in 2009 amid the Great Recession, and has hovered between 15,000 and 16,000 new homes since 2016.

The state’s builders tout as good news that the pandemic didn’t derail construction in 2020, and how — a year later — it  reached a four-year high, even amid product shortages.

Yet even after weathering that uncertainty, Michigan’s builders now look ahead and wonder, what’s next?

Many now are expecting to build more houses this year, but know that it will look different. For one, it will take months longer to reach the point where a buyer can move in.

Picking a lot, model house and finishes then lining up financing now takes about two months, said John Bitely, owner of Sable Homes, based in Rockford, north of Grand Rapids. Then buyers  learn when the house will go on the building company’s production calendar. Before the pandemic, all it took was a signed contract and finalized loan. 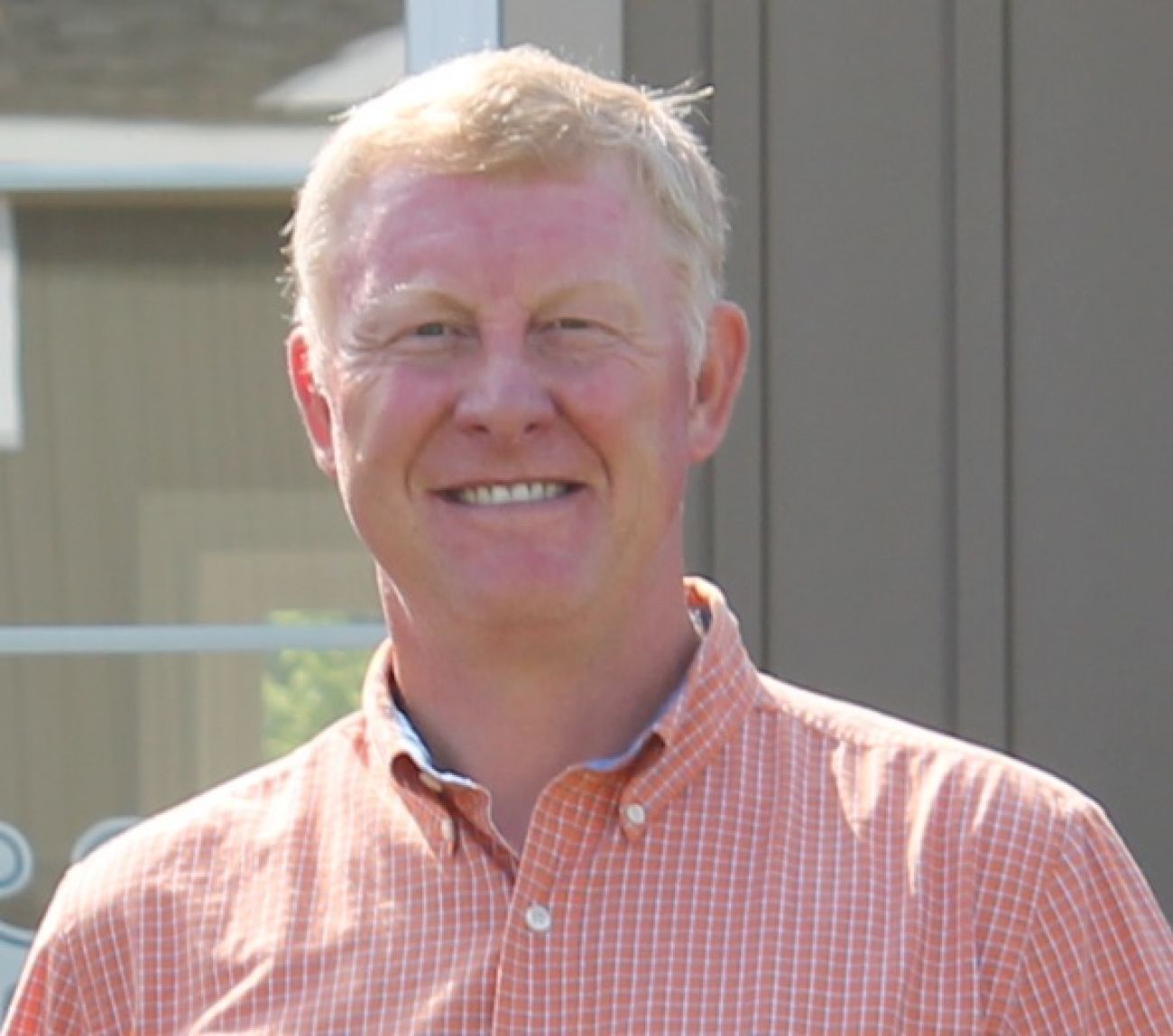 “Right now, we’re telling people that we’re around August or September before we can start a new home, even if they start their process today,” Bitely said.

Prices also can change, depending on the builder and the contract.

Larger companies, like the publicly held M/I Homes, which is based in Columbus, Ohio, and sells in 16 states, will lock in prices with suppliers so that when a contract with a customer is signed, it doesn’t change. Sable, too, is able to pre-buy materials to lock in a price, Bitely said.

And the margin of profitability is changing along with the increases. Land costs remain a big variable for a builder, Bitely said, including development fees from getting municipal approvals.

One way builders have fought supply shortages is to work with suppliers on limiting selections to streamline manufacturing and shipping. Instead of 20 faucet options in a kitchen or bath package, a buyer may find five.

Some say the price swings seem to be stabilizing, but prices of items that are used for building remain much higher than before the pandemic, Schwanke said. Before any spring increase, lumber is up 178 percent from January 2020, and engineered lumber — like what’s used in plywood — is up more than 60 percent over that time.

“It doesn’t matter what you’re buying, it’s up,” he said. “And it’s up substantially.”

The National Association of Home Builders continues to urge the federal government to ease tariffs on wood products coming from Canada. It says lumber price fluctuations caused home prices to increase $18,600 since August, in part because the U.S. increased tariffs to 17.99 percent in the fall, up from 8.99 percent.

Also impacting all areas of home costs, builders said, is the worker shortage among suppliers and building companies. It’s been a years-long problem in the building trades in Michigan, but it’s getting worse, said Michael Stoskopf, CEO of the Home Builders Association of Southeastern Michigan, as early retirements and demand for skilled workers increases.

“More people are retiring than coming into the industry,” Stoskopf said.

About 179,000 people were employed in construction in Michigan in February, up about 8,900 from a year earlier. The average hourly wage that month was $29.76, a 9 percent increase from February 2020.

Some builders are sharing workers to make up the void. Others are placing more emphasis on job training and recruiting. This spring, plumbers seem in particularly short supply.

“There are just not enough people to do all of the work,” Bitely said.

In some ways, “this should be the golden age of building for the next 10 years,” said Neubecker of Robertson Brothers.

Incomes are increasing, Neubecker said, and unemployment is low. Demographic trends show that demand for housing should increase, and the price of existing homes continues to climb as fewer listings create competition. In Michigan, the average home price jumped 13 percent by the end of February, when compared to a year earlier, reaching $238,518.

Estimates from the National Association of Realtors say the U.S. is short at least 5 million homes. Michigan’s population grew just 2 percent from 2010 to 2020 — the second-slowest rate in the nation — but the number of new households doubled, as more adults chose to live with fewer people. That household formation rate is projected to grow another 3.7 percent by 2030, according to the Urban Institute.

As prices climb, many people are still willing to pay for building products, either for new construction or remodels, said Matt Gillis, manager of Bernard Building Center in Hale, located west of Oscoda in a lakes region of northeast Michigan.

“People with money don’t shy away from the costs,” Gillis said. “I’m still seeing a lot of people buying. There are too many people still looking for houses.”

Bernard Building Center is bidding on 13 new home projects, Gillis said. Buyers are waiting for contractors, who he said are “extremely busy.”

“I don’t see new home sales slowing down any time soon,” he said.

Builders still worry, since with the Federal Reserve trying to stem inflation, interest rates are rising. The 30-year mortgage interest rates reached a national average of 4.89 percent on Thursday, up from about 4.5 percent a week earlier.

As interest rates climb, buyers who need mortgages face paying more every month. Neubecker said rates remain low compared to a decade ago, but builders also recognize a 1 percentage point increase can make a difference to some buyers.

The effect on demand is one thing. So is affordability in communities.

“At some point, and we don’t know what that is yet, the consumer can’t afford to buy, even if they want to,” Bitely said. “When that happens our business is going to start to slow down.”