Q&A: Michigan’s $28B life sciences industry was under the radar. Until COVID

Business Watch
Q&A: Michigan’s $28B life sciences industry was under the radar. Until COVID

Michigan’s life sciences industry grew into a $28 billion sector over decades, but it took the pandemic for many in the state to recognize just how essential it is.

“Obviously we’re the industry that’s in the bull’s-eye of it all, whether it’s trying to come up with a vaccine or manufacturing enough PPE (Personal Protective Equipment)  or critical medical equipment,” said Stephen Rapundalo, president and CEO of MichBio. The Ann Arbor-based organization is an advocate for the industry and also aims to grow its presence in the state.

“Our industry basically didn’t stop and shut down,” Rapundalo said of its experience during the pandemic. “We were one of the essential industries.

“Our industry had to pivot and adjust, but it didn’t stop.”

It also expanded, in a sense, as manufacturers of other products saw the opportunity last spring to shift to producing PPE amid widespread shortages. The state offered $1 million in retooling grants through Pure Michigan Business Connect. Rapundalo fielded an estimated 700 applications, determining for the state which were most viable.

Life science businesses include a range of functions: Pharmaceuticals, medical devices and equipment, research and testing are at the forefront today, both in private and in university settings. Besides health care, the industry also includes agricultural, industrial and clinical components, as well as logistics for its products and health IT.

About 1,700 bioscience businesses are based around the state, from southeast Michigan’s university research hub to the large-scale manufacturing of Pfizer, Stryker and Perrigo in West Michigan, then north as far as the Upper Peninsula. Combined, they generated an estimated $28 billion in economic activity per year and employed more than 130,000 Michiganders, as of 2016.

The industry also has a long legacy in Michigan, Rapundalo said, including drug discoveries like Lipitor for cholesterol and cisplatin, used in chemotherapy. Detroit’s Parke Davis, the oldest U.S. drug manufacturer that is now a subsidiary of Pfizer, “came up with the whole idea of clinical trials,” Rapundalo said.

Yet despite the value to the state, Rapundalo says, “we fly just below the radar screen.” 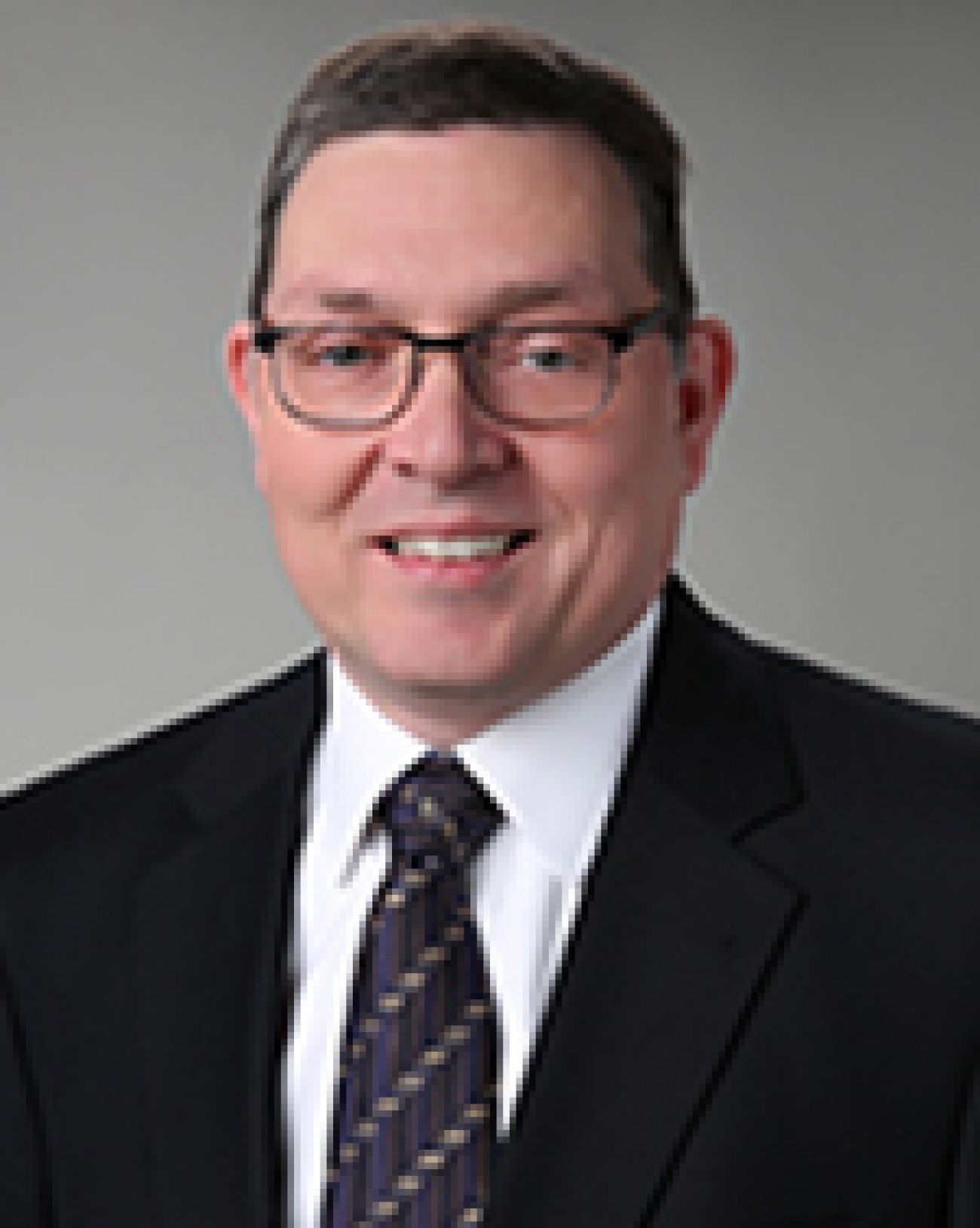 What were life sciences companies expecting in Michigan in 2020 before coronavirus exploded into a global pandemic?

It’s hard to say. There’s such a diversity of companies out there. I think generally people were looking at 2020 being a pretty good year. Some of our younger biotechs/therapeutics were having small successes.

Pfizer had committed two years ago to a $750 million expansion to its facility in Portage, so that was trucking along. Stryker just opened a brand new R&D facility for its medical instruments division. Companies have been doing well. …  Everyone was in a modest to good growth phase.

Those that were not directly involved with COVID had the most to think about, especially some of our contract research and contract manufacturing companies. As demand diminished, some companies only had so much runway to complete whatever was under contract. There was concern about what was going to follow if it didn’t pick up. People were starting to get a little worried.

From what I’m hearing, generally business has come back to about 80-90 percent of what it was pre-COVID. Everybody’s holding their breath and hoping it stays that way. There is a little concern about whether there will be a second wave of COVID or if the vaccines in development will pan out and how long this will all last.

I can’t say i’ve heard of any mass workforce impacts. There may be some small ones.

What was the workforce like before all of this?

That’s always been a struggle. We’re still one of the top 10 [states] in producing scientists and engineers, but it’s keeping that talent here. It’s a twofold problem. I don’t think there’s sufficient awareness of the many opportunities here, coupled with the younger generation wanting to go somewhere else, the more liveable communities. There’s no shortage of jobs, that’s for sure.

It’s not a huge problem in production or entry-level R&D jobs. It’s for more senior types, from mid-level management.

We’re planning on having a biotalent summit in mid-November. The idea there is to bring the industry and educators and others together to talk about talent and workforce. I don’t think the state is doing enough, unlike other states, in our industry to make sure there’s a sustainable workforce.

Our average salary is around $90,000. Those are precisely the jobs that any state wants. It frustrates me that more attention isn’t given to the industry here.

What do you think is behind that?

We get subsumed by automotive. Even aerospace and defense, a lot is made of those two. Yet we’re larger than those two put together in terms of economic impact.

It’s in times like during a pandemic that all of the attention is focused on our industry. It seems like once that’s past us, everyone forgets us.

It’s a very intensive industry. Highly regulated. It’s not as well understood. And then, of course, we have to run up against attitudes and misinformation and misrepresentation related to the products we make and the costs and benefits to patients and society. It seems like we’re always playing defense, but we’re the only industry bringing life-saving products to the marketplace.

How are you building your industry profile?

At MichBio, we’ve tried to raise visibility and awareness, certainly with the policy makers.

We’ve done numerous town halls this year. We just did a briefing about genomic medicine, talking about the next wave of therapeutics that will be these gene technologies. People think drugs are pricey now. Wait until we start talking about gene therapies. It’s going to take a whole different discussion about payment models.

How is capital these days in life sciences? And are there home runs on the horizon?

The most recent was NeuMoDx, (which developed rapid tests for COVID-19 and was acquired by QIAGEN). It just closed for $248 million.

The deal flow is still good. .. The deals are going on. In the medical device space, Stryker has had a string of acquisitions. There’s value out there, and people are willing to pay for it.

Generally, there’s more going on in the biotech sector than in medical technology. Investment capital is available to those that can demonstrate value and a product or technology that will have benefit and potential.

But Michigan can’t let its guard down … while its investment capital has grown over the years, it still ranks, at best, third in the Midwest.

What surprised you during COVID?

Our lack of preparedness as a country at all levels, but certainly at the federal level and the abandonment of the states to have to fend for themselves in procuring PPE and COVID diagnostics and so forth. That really forced companies and governmental units to scramble.

I was engaged in trying to matchmake suppliers to those who needed various critical products. It was pure chaos. … Time was wasted in having to sort through all of that.

[Some states] had clear, unambiguous directions as to what employers could or could not do. In the absence of that, what we had here was essentially what the federal executive order or guidelines from the CDC had, so we pestered the governor’s office for weeks on end to garner clarity. That was a challenge, because that impacted the companies of ours that were not directly involved in COVID but still were working in therapeutics in critical areas. You’re not going to stop making Lipitor or an aspirin. They are all essential medicines. They don’t have the immediacy of COVID, but you can’t just shut down the others, either.

It never did get fully resolved … The guidance I was giving to our companies was, “Just go about your normal business,” adjusted for social distancing and to protect health.

Of all the companies that shifted gears for PPE and other COVID-related products, how many do you expect to stick with it?

I don’t think very many. It reminds me of the economic recession 10 to 12 years ago and people said, “I’m in advanced manufacturing, it can’t be hard for me to go over here and make medical devices.” They are two very different business models. High volume, low margins on the auto side, then low volume and high margins on the medical side, and it’s extremely regulated. It’s not for the faint-hearted. Some tried and succeeded, and diversified.

[I saw a list of non-medical businesses still working on medical products] and it was shockingly small. I have a feeling that once the acute crisis was over in terms of production needs, they reverted back to what they were doing before.

Based on what you know about drug development, what do you think might be happening with a COVID vaccine?

You saw an example of it when AstraZeneca had to suspend their clinical trial because of an adverse effect ... and they had to ferret out what happened. Based on what I’ve read, it’s not that clear.

I’m not a vaccine expert by any means, but this is tricky business. We’re not going to have a vaccine for the masses until probably this time next year. That’s my guess.