From opioid-fueled thief to grateful counselor to peers in Michigan 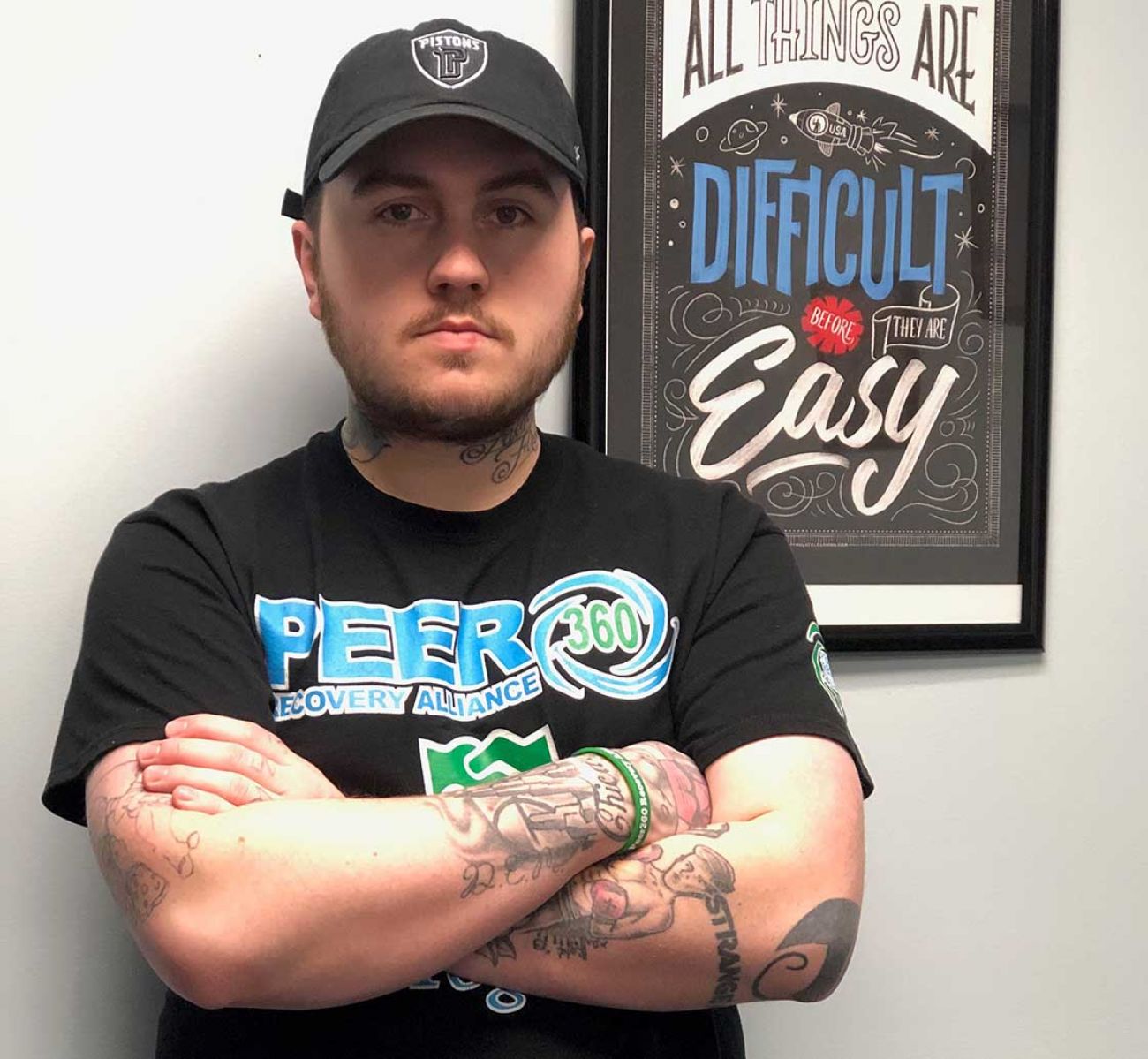 That’s the day Kyle Hanshaw walked into a Bay City treatment center for a years-long addiction to prescription opiates.

“I was sick of it,” he said of a habit that all but destroyed his relationship with his fiance, turned him into a small-time criminal and left him craving drugs virtually every day.

The low point: A drive south to Saginaw with his fiance and son in the car to trade drugs with another user. He left the car’s motor running, entered a house and went down to the basement for the exchange. The man pulled out a large knife.

“I thought I was going to die,” Hanshaw recalled, a moment that turned out to be about mistaken identity.

“That’s when I knew I had to change.”

It started when he was in high school, on probation for a weapons charge. A marijuana smoker at the time, Hanshaw knew he couldn’t pass his probation-ordered drug test and still smoke. So he turned to opiates. They weren’t screening for that.

He got his hands on Vicodin and Percocet, two powerful painkillers. Then he began stealing oxycodone, the principal drug in Percocet, from his grandmother. He persuaded her to ask her doctor for more when she ran out. He then asked for money so he buy drugs on the street. He repeatedly injured an ingrown toenail to wheedle more pills from his doctor. He stole and sold electronics – all to get more drugs.

He reached out to an aunt, who he regarded as something of a mentor. He was going to ask for money but wound up asking for help.

She Googled around, found a place in Bay City called Recovery Pathways. Some weeks later, he walked in for his appointment in a state of withdrawal. He was put on buprenorphine, an opiate substitute, which eases the craving for the drugs he was abusing. He was set up with regular counseling and support sessions, a combination of medication and therapy that studies say is more effective than counseling and abstinence alone.

Hanshaw said that was the last time he abused opiates.

More than five years later, he’s back with his fiance with plans to marry. He owns a house.

Still on buprenorphine, he has been slowly reducing his dose with the goal of reaching zero by 2020.

And now he shares a message of hope at Peer 360 Recovery Alliance in Bay City, a nonprofit recovery organization where he is employed as a peer recovery coach. He supports clients who are walking a similar path, as they turn to medication assisted treatment as part of their recovery.

“I let people know how much it has helped me,” he said. “If it’s used correctly, it really does make the difference.”