Great Lakes drownings peaked in 2018. And the year’s not over.

Michigan Environment Watch
Great Lakes drownings peaked in 2018. And the year’s not over.

More than 100 people have drowned in the Great Lakes so far this year, making it the deadliest year this decade already.

That’s according to a tally by the Great Lakes Surf Rescue Project, a nonprofit water safety group that keeps a comprehensive database of Great Lakes drownings.

The group has tracked 728 such drownings since it started gathering the data in 2010. That includes 105 drownings in the first 10 months of 2018, at least six more than any other year.

Lake Michigan, with its vast shoreline and beaches near large populations, has claimed the most lives thus far, 37, followed by Lake Erie, 33, Lake Ontario, 21, Lake Huron, 8,  and Lake Superior, 6.

At least 13 of this year’s drownings were in Michigan waters, the data show. Another drowning — in September off of Lake Erie’s Turtle Island — happened along the Michigan-Ohio border.

Drownings typically spike when the weather is warm and waves are high, conditions more likely to drive people to the beach.

“When there are waves and winds on a weekend — the three Ws — we tend to see more drownings,” Pratt said.

Pratt’s small nonprofit views most drownings as preventable. It began tracking them because no government agency catalogues drownings on the waters that touch eight states and two nations and can be more perilous than oceans. The group scours news reports and other official sources for data, and sometimes gets tips from friends or others on-the-ground.

One important statistic in that data, Pratt said: Off all the Great Lakes drownings he’s tracked since 2010, only 12 people were wearing life jackets. That means 98 percent of those who drowned weren’t.

“Lots of people have their life jacket attached one the boat or attached to the font of the kayak, but in an emergency it’s kind of like trying to put on a seatbelt in the middle of a car crash,” he said. “The life jacket’s not going to do you any good unless you’re actually wearing it.”

Three of this year’s Michigan drownings occurred off the sandy beaches of Grand Haven State Park along Lake Michigan.

And in a dramatic moment captured on video, a chain of beachgoers pulled five other swimmers from the lake. 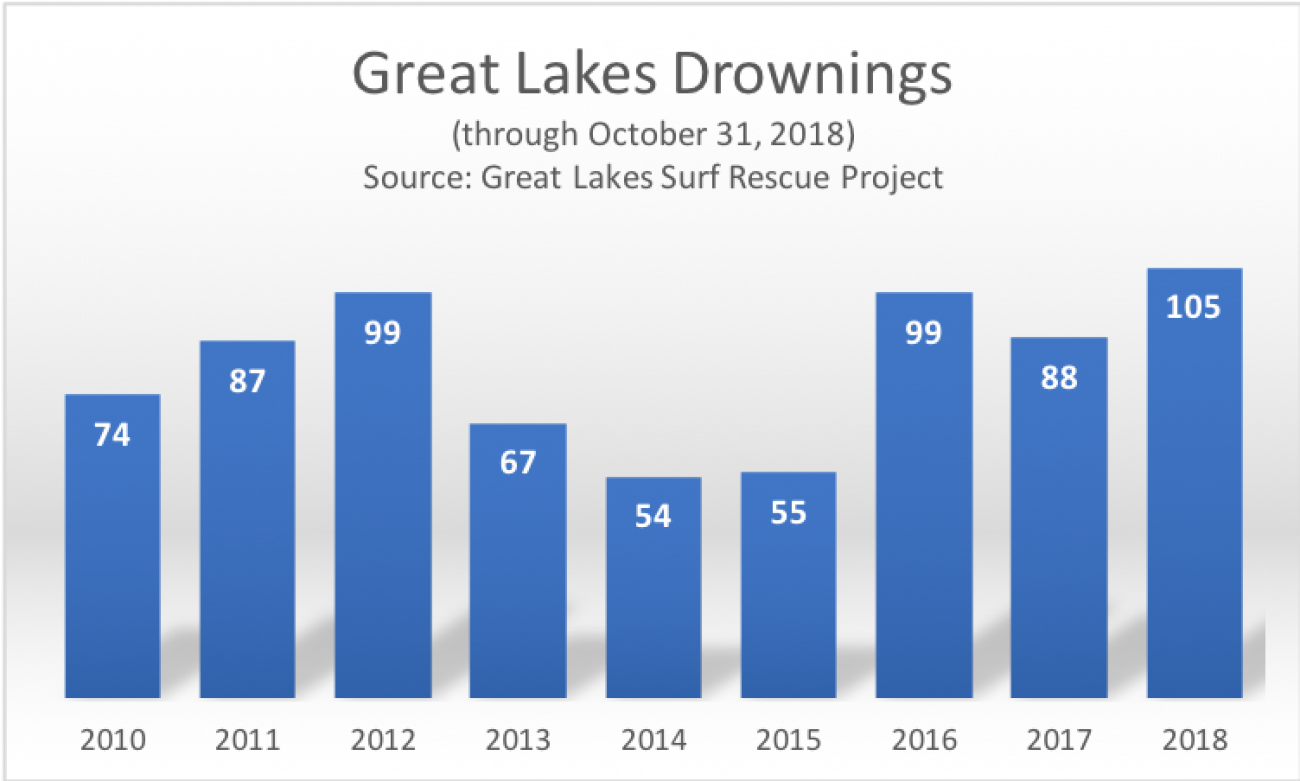