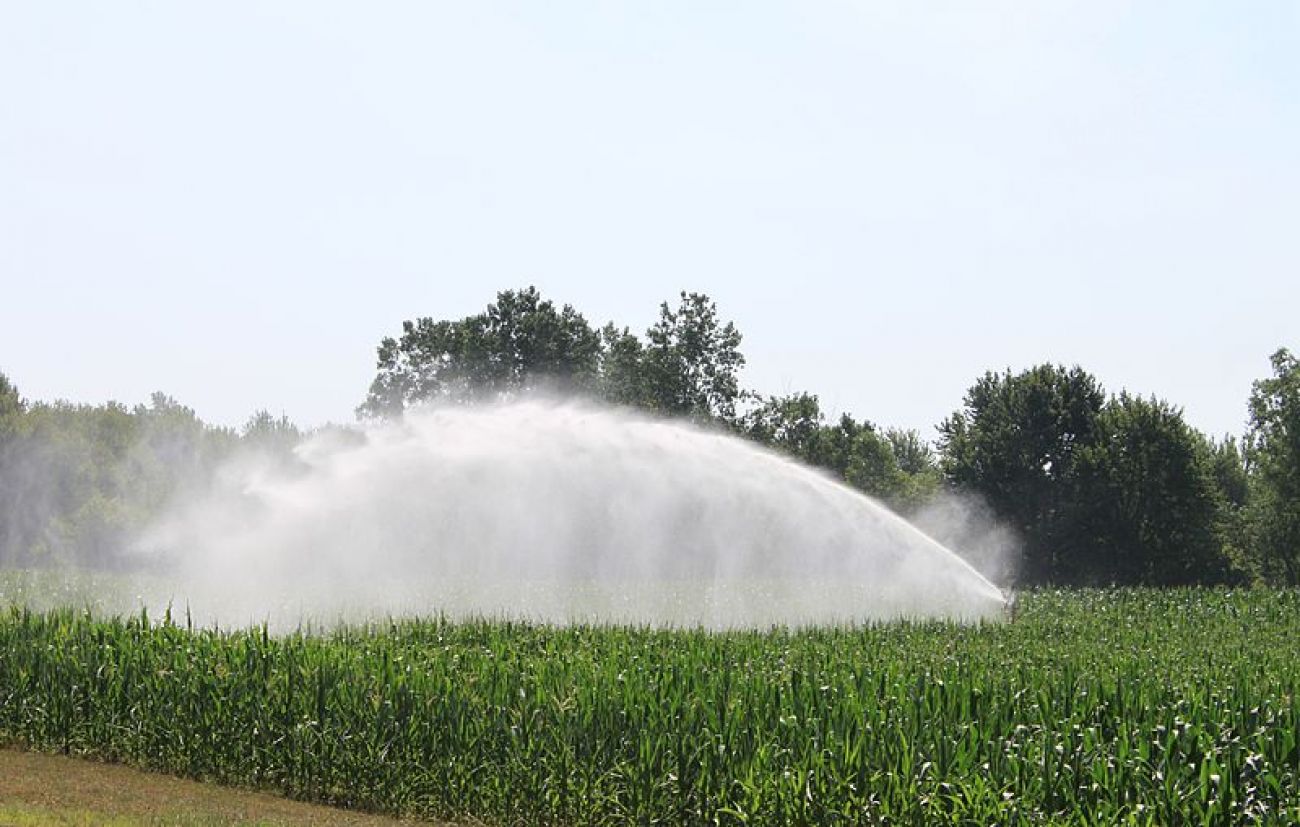 LANSING — House Republicans want to overhaul Michigan’s water withdrawal laws — by making it easier to gain permission to suck up large volumes of groundwater while shielding from the public data related to agricultural water use.

In a packed hearing room that overflowed into another, the House Committee on Natural Resources on Wednesday heard partial testimony on House Bill 5638. Shaped by the Michigan Farm Bureau, the legislation has drawn fierce pushback from environmentalists and anglers who say it would eviscerate protections for rivers and streams vulnerable to heavy water withdrawals.

The bill’s critics did not get a chance to testify during Wednesday’s 90-minute hearing. The committee — which left the bill pending — said it will take further testimony at a later date.

Introduced by Rep. Aaron Miller, R-Sturgis, with 24 other Republicans, the bill would soften regulations for “large quantity” water withdrawals of 100,000 gallons or more per day, allowing users to avoid Department of Environmental Quality reviews in some cases.

Miller said he’s received complaints from “numerous constituents” in his heavily agricultural district who call DEQ’s review process too long, and he said the agency’s “science is not up to date.”

The proposal would create a “rebuttable presumption” that a withdrawal would not harm local river systems — as long as the applicant submitted data and analysis from a professional hydrologist or hydrogeologist attesting as such, or if the water was to be withdrawn from specific mapped areas. 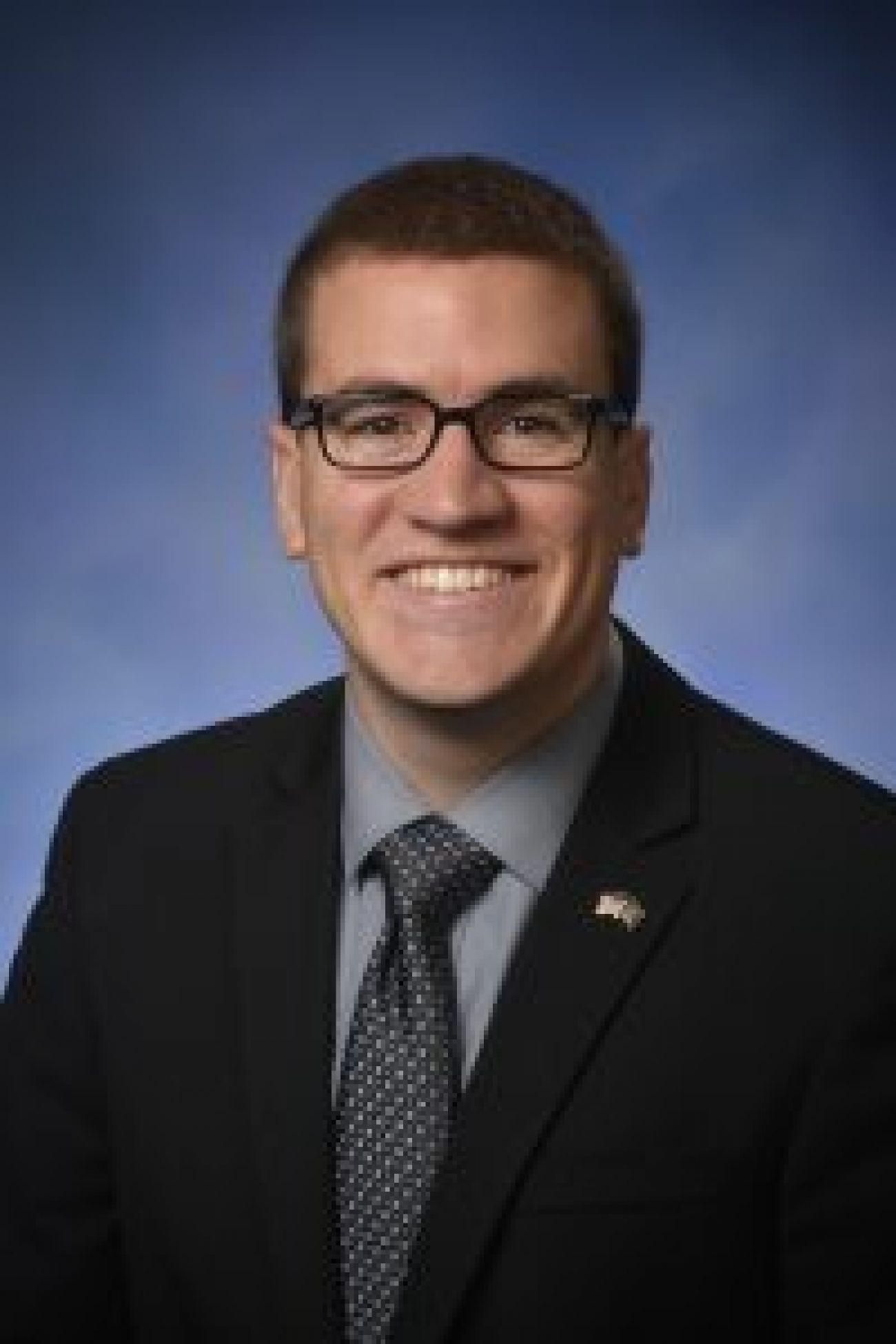 The public could not scrutinize data submitted by agricultural water users. The bill would exempt that information from the state’s Freedom of Information Act, a right-to-know law notoriously ridden with loopholes. Farm Bureau staffers said secrecy was needed to prevent terrorist activity.

Critics, including environmentalists and anglers, call the legislation a sweetheart deal for the agriculture industry and other big water users that would allow analysis from paid consultants to determine who gets to tap groundwater. Only so much water can be withdrawn before stressing watersheds — harming wildlife and other water users, critics argue.

“At some point, all the predictions say you’re out, you’ve hit the limit,” Bryan Burroughs, director of Michigan Trout Unlimited, told Bridge Magazine. “Now you can submit (your own data), and if you submit any data, we have to give you a provisional clearance to go and do it — even if current tools say that you can’t.”

But HB 5638 is more of a nod to Michigan’s agriculture sector, which is by far the state’s biggest water user.

Farmers say DEQ takes too long to review withdrawals from potentially vulnerable areas, leaving them waiting to tap precious resources. The arguments come as Republican lawmakers are pushing a litany of bills that would erode DEQ’s power amid industry complaints that the agency won’t accommodate their needs.

“This process has led to frustration from farmers and other water users looking for clarity and timely decision making,” Matt Smego, a Farm Bureau lobbyist, told lawmakers at the hearing Wednesday.

Michigan had nearly 600,000 acres under irrigation as recently as 2012, according to the U.S. Census of Agriculture. Much of it was in the state’s southwest corner, a region known for producing specialty crops such as seed corn.

No state is more freshwater-rich than Michigan. It’s surrounded by the Great Lakes, home to more than more than 76,000 miles of rivers and streams and much of the state sits atop high-quality groundwater.

But those resources aren’t infinite, experts say, and too-voluminous withdrawals can wreak havoc.

“At a local level, high demand for groundwater can cause folks’ wells to go dry and streams to dry up, it can lower lake levels and it can undermine wildlife habitats,” said Noah Hall, a professor of environment and water law at Wayne State University. “Just because a resource is abundant doesn’t mean you should use it frivolously.”

That’s why lawmakers in 2008 created a new regulatory system for major withdrawals as part of the state’s commitment to abide by the Great Lake Compact, the landmark interstate agreement designed to protect the region’s water.

Those wanting to withdraw large volumes of water must first input data into an online tool developed by the state that estimates possible effects on the local watershed. If that tool — built to be conservative —rejects the withdrawal as too risky, then DEQ performs a deeper analysis of the site.

That’s what happened in the closely watched Nestlé case. The company failed the online tool test but passed the site-specific review. Now it’s waiting for a separate permit under the state’s Drinking Water Act — requirements that don’t apply to irrigators.

But farmers slurp up more water than anyone else in Michigan. Through 2016, some 90 percent of large water withdrawal requests came from the ag sector, according to agency data analyzed by Trout Unlimited, which advocates for anglers. Of about 3,900 requests, DEQ approved nearly 3,300. It denied just 35, and the remainder of applications were retracted or canceled.

By statute, DEQ is supposed to deliver its site-specific analysis within 10 days, but the agency — seen by environmentalists and some lawmakers as underfunded and understaffed — took 35 days on average in 2017, according to agency data.

Rep. Bill Sowerby, D-Clinton Township, was among lawmakers most skeptical of Miller’s proposal on Wednesday. He asked why the Republican didn’t instead push for more funding at the DEQ to speed up reviews.

Miller said more funding might help, but said his bill addressed additional issues, such as updating the science behind evaluating withdrawals.

The bill lists two specific studies — one from 2003, the other from 2011 — big water users must rely upon when analyzing watersheds. Or they can use a “peer-reviewed functional equivalent.”

Laura Campbell, who manages agricultural equality for the Farm Bureau, suggested that terrorists could use the information to target state water supplies.

“This provision keeps specific, intensive data out of the hands of those who misuse it.”

James Clift, policy director at the Michigan Environmental Council, is among those skeptical of that argument, and he pointed out that well locations are easy to pinpoint on publicly available maps.

“What they want to hide is their consultant’s analysis,” he told Bridge.

Clift suggested the secrecy could trigger more lawsuits from residents accusing major water users of harming local water supplies; If folks can’t request the data from DEQ, then they could only turn to the courts.

“It’s going to be neighbors suing neighbors,” he said.