LANSING — Michigan Department of Health and Human Services Director Robert Gordon on Thursday apologized and took responsibility for initially contracting with a political firm to perform contact tracing at the height of the state’s COVID-19 crisis.

“Aiming to save lives and under extraordinary pressure and within our legal authority, we at MDHHS made a mistake entering this contract,” Gordon said in testimony before the Michigan Legislature's Joint Select Committee on the COVID-19 Pandemic.

“I take responsibility for that mistake. Governor Whitmer did the right thing in instructing us to cancel the contract before even one dollar went to the vendor.” 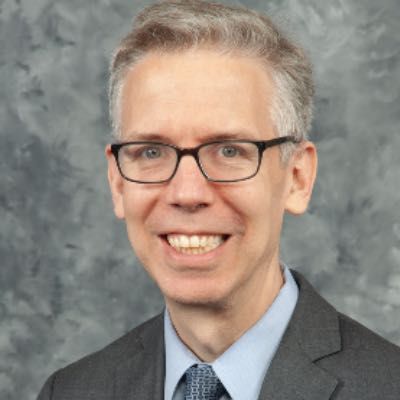 At issue is a no-bid contract of roughly $200,000 that the state in April awarded to Kolehouse Strategies, run by a longtime Democratic campaign consultant from west Michigan. Whitmer quickly canceled the contract as news outlets started asking questions about the arrangement, but Republicans have continued to criticize the deal as improper.

The state in May replaced Kolehouse with the Deloitte accounting firm and Rock Connections, a firm owned by Detroit businessman Dan Gilbert, who will earn more than $1 million for the work under a more expensive contract that has not drawn scrutiny. Scrapping the initial contract "created a delay of a few weeks,” Gordon acknowledged, slowing the state’s ability to respond to the COVID-19 pandemic and perform what he called a “critical” function.

But contract tracing ramped up "in May and it has continued,” he said, telling lawmakers the department has now made more than 90,000 calls to contacts related to more than 19,000 COVID-19 cases.

As Bridge previously reported, those contact tracers have faced lies, anger and silence from residents skeptical of calls from unknown numbers. As of mid-July contact tracers were only reaching about 70 percent of those who tested positive for coronavirus within 48 hours of their diagnosis, she said, and two-thirds agree to provide information on their contacts.

Lawmakers grilled Gordon over what Whitmer knew about the Kolehouse contract and when, but they did not break much ground. The governor has said she canceled the contract shortly after learning about it, calling the use of a political vendor an “unnecessary distraction.”

Internal emails show Andrea Taverna, a senior adviser in the health department, helped select Kolehouse after a recommendation from Ed Duggan, who is the son of Detroit Mayor Mike Duggan and was then a senior adviser in the Michigan Department of Labor and Economic Opportunity. He has since left that post to work for Democrat Joe Biden’s presidential campaign.

Taverna has hired an attorney and recently declined to answer questions from the Michigan Office of Auditor General.

"At this time, Ms. Taverna continues to decline the opportunity to discuss these issues," the attorney said, according to the auditor’s office, which answered a series of lawmaker questions about the Kolehouse contract in a July 31 letter.

In canceling the contract, Whitmer said it should have been reviewed by the State Emergency Operations Center, like all others during the pandemic. But the SEOC didn't provide department staff with guidance about that requirement until April 30, according to the auditor. That was 10 days after the contract was signed and nine days after it was canceled.

In his testimony, Gordon acknowledged MDHHS staff had sought out political firms because they believed “field work experience” was relevant to contact tracing, which involves identifying and then calling anyone who may have had recent contact with a COVID-positive individual.

But there was no “political motive” behind the Kolehouse selection, Gordon said, noting MDHHS entered into a separate contract for social distancing with Applecart, a data and analytics firm that began to serve Republican candidates but has shifted towards bipartisan work.

"Our priority was to move quickly and save lives within the law," Gordon said. "Politics had nothing to do with it."

Once the media started asking questions, department emails show Taverna and other officials tried to avoid controversy by shifting the contract work to a subsidiary of Kolehouse Strategies that worked with nonprofits, had a different name but used the same staffers.

Whitmer communications director Zack Pohl appeared to sign off on that arrangement, calling it “better” but Gordon said he has no reason to believe the governor herself knew about it at that time.

Gordon described that last-minute contract shift as an attempt to “rescue the situation and not lose the work” that had been done to set up the contact tracing program, which was going to rely on some 2,000 volunteers the department had already enlisted.

“But I don’t think that responded to the fundamental problem” that the contract created an appearance of impropriety, he said. “And I accept responsibility for that.”