IQOS (heated tobacco) replaces vaping as the next cigarette alternative

Trying to keep a foothold in a shrinking U.S. market, Big Tobacco has introduced a new smoke-free product that it says is closer than ever in taste, feel and smell to traditional cigarettes.

And for the first time ever, the U.S. Food and Drug Administration will allow the company, Philip Morris, to market its electronically heated tobacco product as one that “significantly reduces the production of harmful and potentially harmful chemicals” even as it delivers roughly the same amount of nicotine found in cigarettes.

Philip Morris International’s IQOS is a heated tobacco product. The device heats a tobacco stick to 350 degrees Celsius, but does not burn it — creating a vapor that delivers a nicotine hit. In contrast, vaping or  e-cigarette devices, like those made by Juul, heat flavored liquid that often contains nicotine.

IQOS (pronounced EYE-kose) lasts about six minutes or 14 puffs — roughly the equivalent of a cigarette.

While the tobacco giant promotes it as a less-harmful alternative to cigarettes, some public health experts worry that IQOS will become yet another means to extend smokers’ tobacco habits and appeal to American youth, driving up future health costs and tobacco-related deaths.

Martin King, CEO of PMI America, told Bridge the strategy is to appeal to current smokers, not teens. PMI is launching the product with Altria Group. Altria and Philip Morris split in 2008, but have a joint licensing agreement for IQOS.

IQOS first stepped into the global marketplace in Japan in 2014. At least one study, published last year in the peer-reviewed journal, Tobacco Control, suggests that the IQOS did, in fact, cut into traditional smoking rates, with cigarette sales beginning to “substantially decline” after the introduction of IQOS in all 11 areas in Japan researchers examined.

“We took huge amounts of market share from the competition by being very successful with this product,” King said. “And that allows you to be very successful and very profitable with the market without actually growing the total number of nicotine users.”

IQOS has since expanded to dozens of other countries and most recently stepped into the U.S. via Atlanta; Charlotte, N.C.; and Richmond, Va. In its second-quarter earnings report July 28, Altria announced it would expand to four more U.S. markets in the next 18 months.

King wouldn’t say if Michigan is one of those markets, but PMI America spokesman Corey Henry said the company is reaching out to “have conversations” in Michigan and other markets where “there is a pretty active debate on the best way to regulate new products.” 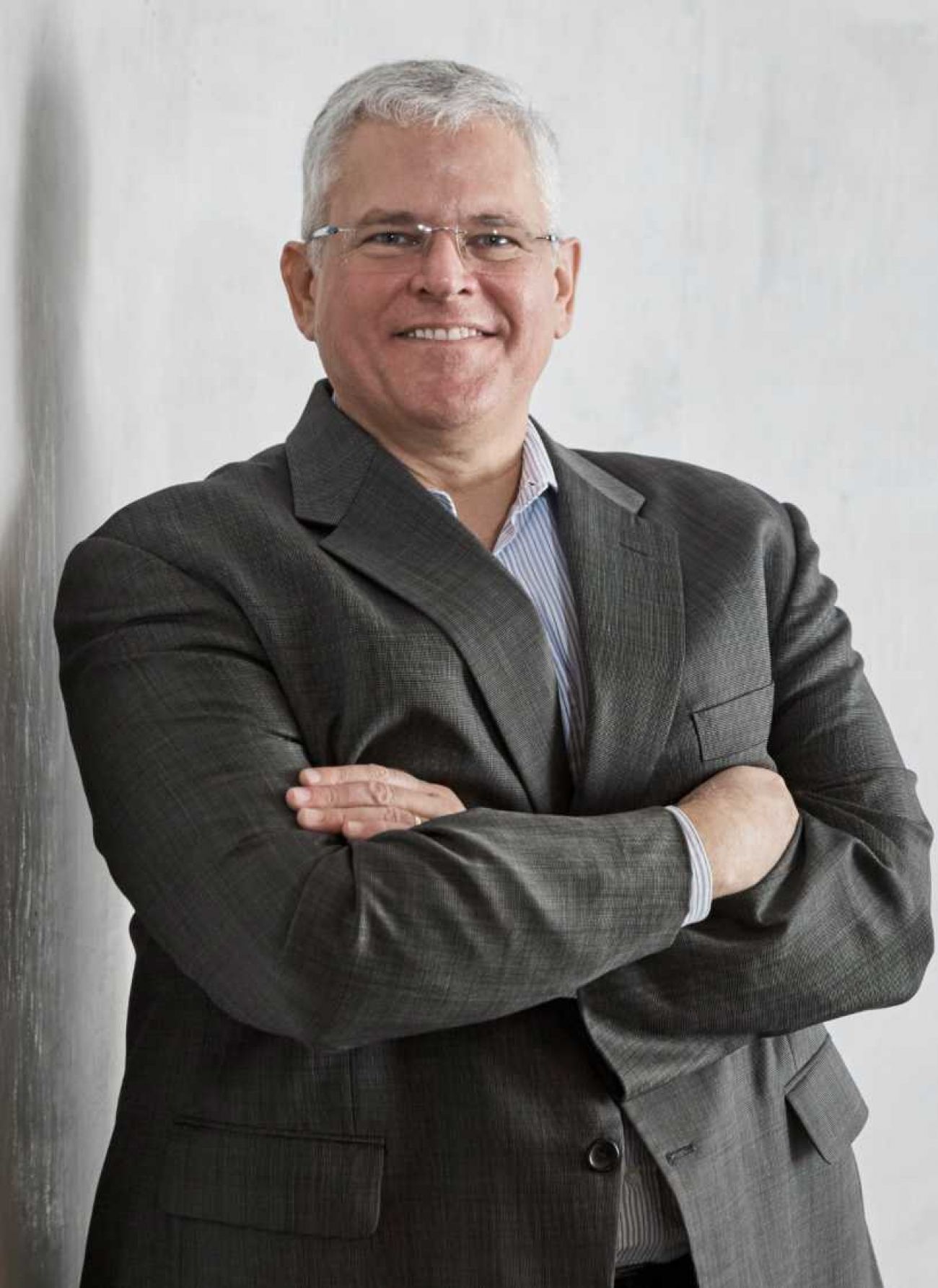 Michigan made national news last year when, in an unexpected move, Gov. Gretchen Whitmer banned all flavored nicotine-vaping products — a move she said was intended to protect youth. Other states followed suit.

But vaping enthusiasts and business owners fought the ban, arguing that  e-cigarettes helped reduce risk, enticing smokers from more harmful combustible tobacco. The ban is still tied up in the courts.

IQOS received a boost in July from the federal government.

On July 7, the U.S. Food and Drug Administration announced Philip Morris could market IQOS as a product that exposes users to less harmful chemicals than traditional cigarettes, an order that drew some blowback from the medical community.

Only IQOS and one other tobacco product has been deemed a "modified risk tobacco product," a legal designation under the 2009 Family Smoking Prevention and Tobacco Control Act.

The other is a Snus product by Swedish Match USA, Inc. — a small pouch with tobacco that users slip under their lips. Others are seeking the same designation, including R.J. Reynolds Tobacco Co. for its Snus product.

But the July 7 IQOS decision for Philip Morris went even further than the legal designation Swedish Match carries. It allows Philip Morris to promote the product as one that “significantly reduces the production of harmful and potentially harmful chemicals.”

Studies show switching completely from cigarettes to IQOS “significantly reduces the body’s exposure to 15 specific harmful and potentially harmful chemicals,” according to the FDA order, which must be renewed after four years.

Still, the FDA made it clear: The agency has not deemed the product safe, and Philip Morris must stop short of saying that it reduces health "risks." It also must report to the FDA its “efforts to prevent youth access and exposure.”

Concerns on its appeal to teens

The FDA decision was little noticed, but could mark a significant shift in keeping tobacco products relevant in a country where public health messaging, social pressure and cost have driven smoking rates to a historical low, according to the U.S. Centers for Disease Control and Prevention. Even so, more than 480,000 people in the U.S. die annually from cigarette smoking (1,300 a day), with millions more suffering from related illnesses, according to the CDC.

Michigan has the 16th highest adult smoking rate in the country. According to the CDC, 18.9 percent, or nearly 1 in 5, Michigan adults smoke, compared to 25.2 percent, or 1 in 4 adults in West Virginia, the state that lights up most often, and 9 percent, or fewer than 1 in 10 adults, in Utah, which logs the lowest smoking rates in the nation.

The CDC reports that Michigan high school students vape, smoke and use smokeless tobacco at higher rates than the national average. It also warns that too little is known about heated tobacco to make health claims.

All of which puts tobacco opponents are on alert.

Carolyn Chaudhary works with community organizations for the Michigan Department of Health and Human Services, especially those with a youth focus, to drive down tobacco use among youth. For the past year, she’s alerted them about heated tobacco. She and others worry that marketing that depicts the product as “sophisticated, high-tech and aspirational” may appeal to teens and young adults.

She noted that the Truth Initiative, a nonprofit public health organization focused on tobacco prevention, found in interviews with young adults in Japan and Switzerland that heated tobacco products such as IQOS “may appeal to consumers, particularly within cultures that value cleanliness, exclusivity and high tech appearances.”

The devices also sidestep bans on indoor smoking, and it’s not clear to what extent nonusers then may be subjected to toxins released in the heated tobacco, she noted. 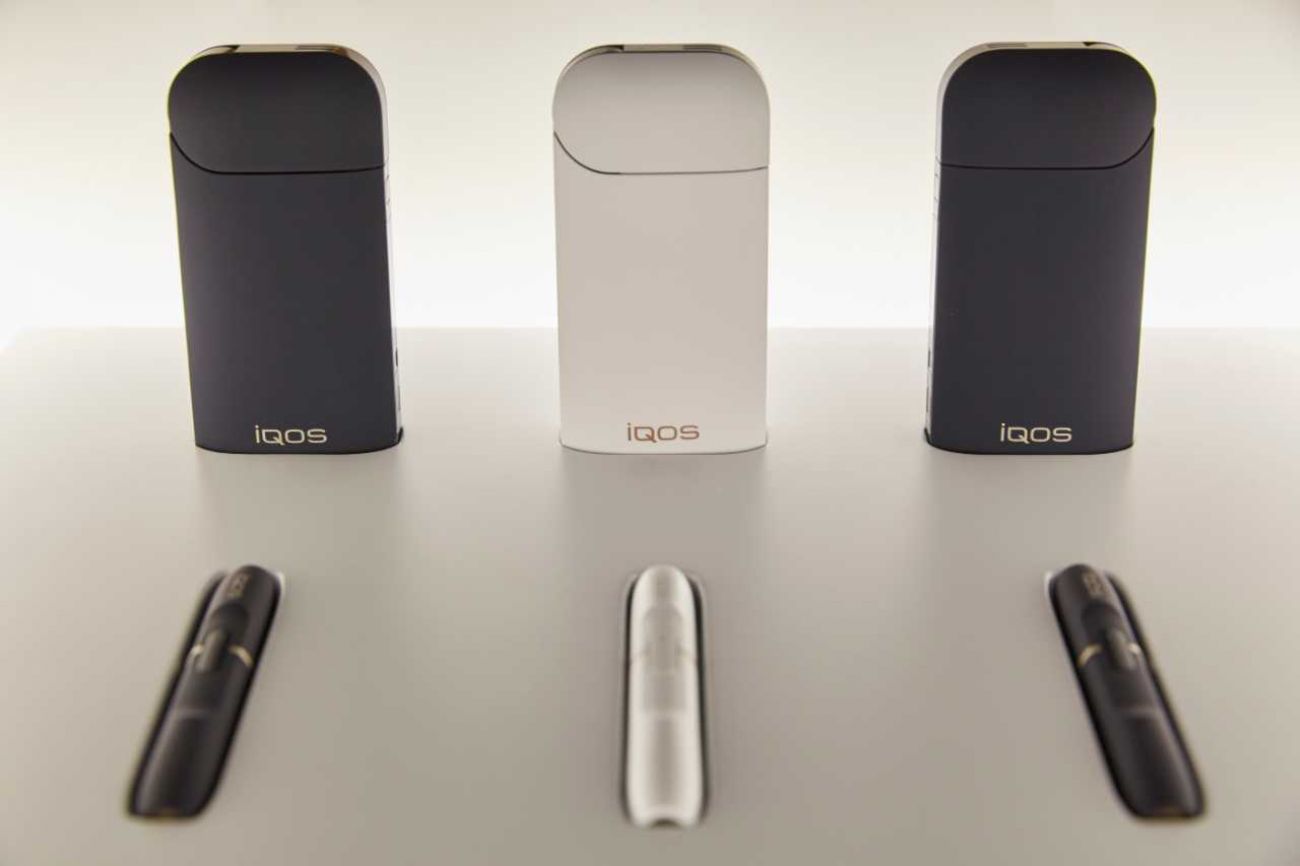 The product may reduce risk for individual smokers if it can help them step away from cigarettes, then eventually quit tobacco altogether, said Ken Warner, dean emeritus at the University of Michigan School of Public Health.

But from a larger perspective, these new products can harm overall public health if they hook formerly non-users and young people, or if they keep cigarette smokers — who otherwise might ultimately quit altogether — addicted for a lifetime.

Warner also is a founding member of the board of the American Legacy Foundation, the group assigned to divvy up the multibillion-dollar 1998 settlement between the tobacco industry and 46 states.

Big Tobacco’s marketing budgets and talent are vast, he said: “One of the things I worry about is: If we can get people to exchange cigarettes for  a modified risk tobacco product, are they going to be able to get off those lower-risk products as well?”