Update: Report: More than 8,000 COVID deaths in Michigan were in long-term care

Michigan may have undercounted the number of COVID-19-related deaths in long-term care settings by nearly 30 percent, according to a state review expected to be released Monday.

But preempting the public release of the report, the head of the Michigan Department of Health and Human Services criticized the findings as driven by politics and reliant on a political definition rather than sound data reporting as outlined by the U.S. Centers for Disease Control and Prevention.

Among the supposed errors cited by MDHHS: Auditor General Doug Ringler’s office counted deaths that took place in assisted-living facilities — centers that fall outside the state’s regulatory reach and, therefore, were not required to be included in death tallies at long-term-care facilities.

Rep. Steve Johnson, R-Wayland, who chairs the House Oversight Committee, sought the review in July, after the Republican-led chamber repeatedly criticized the Whitmer administration for its handling of safety measures in nursing homes and other facilities, suggesting they led to more deaths.

“What I'm trying to make people understand is that this audit was based on a definition that was created by Rep. Johnson in order to come to a conclusion that there were more deaths in long-term care facilities than what we had reported,” said Hertel, a political appointee of Democratic Gov. Gretchen Whitmer.

“So they are using a made-up definition in order to come to the conclusion that they want,” Hertel said. 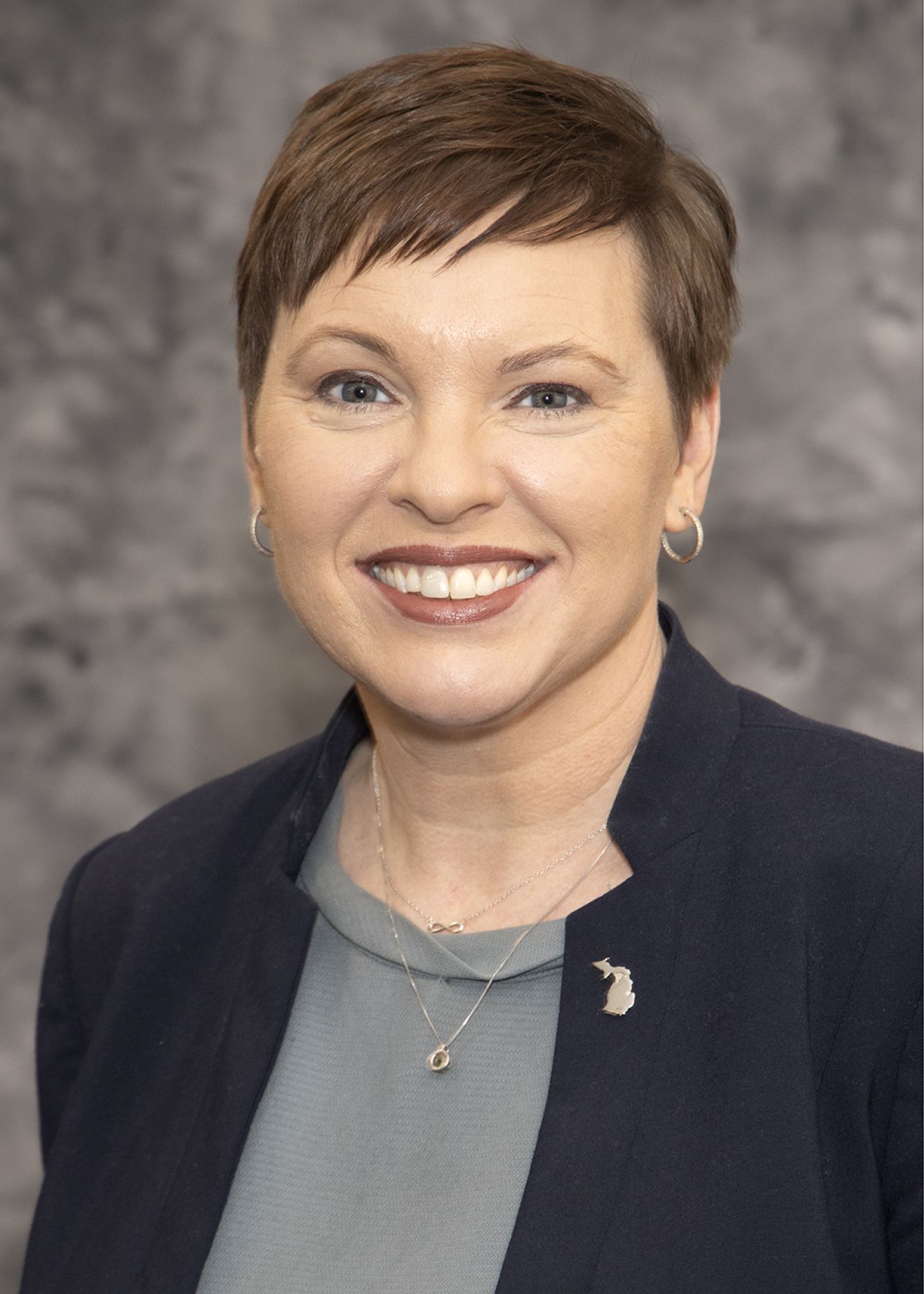 Elizabeth Hertel, who became director of the Michigan Department of Health and Human Services a year ago, has acknowledged problems in counting long-term-care deaths.

What the auditor general’s review actually found remains unclear. Ringler’s office said it would not publicly post its report until Monday. But Ringler’s office provided copies of its report (said to be in the form of a letter) to some in state government, including the governor’s office and Johnson, the Republican lawmaker.

Kelly Miller, state relations officer for the Auditor General, told Bridge the report was not a full, more structured “audit,” but rather a “review.” It offers neither conclusions or recommendations, she said.

She declined to comment on the letter’s contents or release it, saying it’s the auditor general’s practice to “always” give a review letter to the party that requested it a few days before making it public.

In an unusual tactic, MDHHS began mounting its public counter-attack on the findings Wednesday, releasing a letter Hertel sent Ringler criticizing the report’s methodology. To date, the only detailed public account of what the review contains is Hertel’s letter criticizing it.

Hertel wrote: “I fear that your (review) will be misinterpreted to question the work and integrity of long-term care facilities, local health departments, coroners, and other frontline workers who we rely on to report data.”

According to current state data from MDHHS, 6,216 resident deaths have been linked to COVID-19 in Michigan’s licensed long-term care homes — which include skilled nursing facilities as well as adult foster care and homes for the aged.

As the pandemic first unfolded in spring 2020, Whitmer along with Hertel’s predecessor, Robert Gordon, were criticized for designating nursing homes as “regional hubs” where patients diagnosed with COVID-19 could be housed and treated in wings segregated from other patients in the facility. The nursing homes selected to become hubs were said to be better able to care for COVID-positive residents than other nursing homes.

While some health advocates told Bridge at the time that the hub strategy was “reasonable” given the circumstances and prevented deaths, others, including several Republican lawmakers, argued that it fueled COVID’s deadly spread among Michigan’s vulnerable long-term care residents.

Even the senior health advocate who called the hub approach reasonable, said it was not ideal. DeAnna Mitchell of LeadingAge Michigan told lawmakers that June that “our clear preference was to create facilities dedicated solely and exclusively to COVID care.”

On the other hand, the Center for Health & Research Transformation at the University of Michigan found in a study of nursing homes that the so-called hub facilities had lower rates of death among COVID patients (20 percent) than nursing homes that did not house hub units (26 percent).

The Whitmer administration also faced frustration from family members of long-term-care patients for halting visitation — a move meant to curb COVID’s spread, but which also isolated residents, sometimes leaving them to die with no loved ones by their side.

It’s not clear whether the auditor general’s report addresses either concern or if the data supports or unravels the various criticisms.

The Office of The Auditor General is a constitutionally created position that is independent of the governor’s office. Ringler, the auditor general, was appointed by vote of the Legislature in 2014 and serves for eight years. The office is charged with conducting financial and performance audits and oversight of all branches of government “to improve State government operations for the benefit of Michigan’s citizens.”

But in her testimony, Hertel also stood by the state’s total of deaths in nursing homes, which are licensed by the state and could lose funding if not forthcoming with providing data to the state.

Hertel argued that any discrepancies between her department’s death count and those compiled by the auditor general’s office are rooted, in part, in differing definitions.

According to Hertel, and despite MDHHS concerns, Ringler’s office included numbers from the Michigan Disease Surveillance System, an online communicable disease reporting system. The system is “simply an outdated, clunky platform” that the department has been unable to replace, Hertel’s letter said.

While it is designed to track disease, “is not an appropriate source for determining if a COVID-19 case resulting in death should be counted as a death in a long-term care facility.”

On its own website, MDHHS speaks more positively about the system, saying it provides for “the secure transfer, maintenance and analysis of communicable disease” and that it “has been developed to national data standards.”

Among other criticisms, Hertel also argues in the letter that the review inappropriately included people who were not living in facilities at the time of their deaths and cases where people died in independent and assisted-living facilities that were unlicensed — and therefore not required to report — but share an address with a licensed long-term care facility.  Also included, she said, were people who were hospitalized and died for reasons other than COVID, but incidentally had COVID at the time of their death.

In her letter, Hertel accused the auditor general of using “a different definition of a reportable long-term care COVID-19 death” than required by the U.S. Centers for Disease Control.

“Any accurate count of long-term care COVID-19 deaths should use the federal reporting definitions to which long-term care facilities must adhere, as it is the only way to make comparisons across states,” she wrote.

Such “limitations make it impossible to determine the accuracy of the data that facilities self-reported” as required, she said.