DETROIT — A couple of months ago, Detroit resident Juanita Gross was desperate to turn her life around.

She had a $200 a day opioid habit. She had already overdosed three times – and feared the next one might be her last.

So she had her two adult children drive her to the Detroit Medical Center Sinai-Grace Hospital emergency room, still in withdrawal from a mix of cocaine and the opioid oxycodone. Doctors there stabilized her and contacted Team Wellness Center Detroit, a mental health and substance abuse treatment agency.

“One of the social workers there came right to my bedside and took me right in for treatment,” Gross recalled.

A day later, Gross was given an addiction medication that contained buprenorphine, considered by experts a potential life-saving treatment for opioid addiction when linked to comprehensive therapy.

Gross now makes her way to Team Wellness for regular group therapy sessions and for her medication, part of a collaborative treatment program that includes Sinai-Grace and two other DMC hospitals, Detroit Receiving Hospital and Harper University Hospital.

“Without this, I would be still using or dead or OD’d. It definitely saved my life,” Gross said. 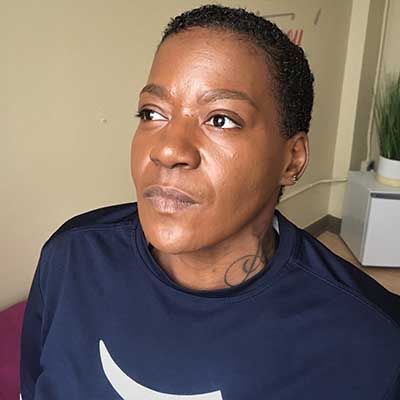 The effort is part of a broader movement in Michigan and nationally to attack the opiate crisis on its frontline: the emergency room. The effort comes as opiate-related deaths reached a record high of 2,033 in Michigan in 2017, the last year of available data.

“We decided to catch these patients when they are at their most vulnerable. We want to break down barriers and find them immediate help,” said Andrew King, an emergency room physician at Detroit Receiving Hospital.

Previously, opioid overdose patients or those in withdrawal typically were stabilized in the emergency room and then discharged, perhaps with a list of treatment agencies to call. Too often, King said, they would cycle back to the ER or worse.

“These patients are at high risk of overdose, unchecked addiction and ultimately, death,” King said.

They do more than that. Doctors or social workers reach out to patients to ask if they want help. Those who do, like Gross, sign a form and are referred for immediate treatment at Team Wellness.

In many cases, drivers for Team Wellness come within minutes to the hospital to pick up these patients.

Preliminary findings at six months indicate this collaboration is paying off.

Of 44 patients with opiate use disorder referred to Team Wellness from November 2018 to April 2019, 24 were given buprenorphine either in the ER or at Team Wellness. Of those, 22 were still in treatment for the duration of the six-month study period.

King estimated that upwards of 130 opioid ER patients connected to Team Wellness for treatment in the past year.

“Those results are encouraging,” he said.

And while that’s welcome news, Michigan’s overall hospital network still lags other states in the extent of ER addiction treatment:

A public-private funding initiative announced in June promises to bring Michigan further down that treatment path, with $5 million in state and foundation funds aimed at boosting opioid treatment in hospitals and jails.

In part, the money will to go establish ER opioid treatment programs at Beaumont Hospital in southeast Michigan, Munson Medical Center in northern Lower Michigan and in county jails.

In November, Gov. Gretchen Whitmer announced plans to cut opioid deaths in half in five years, with measures that include removing prior authorization requirements for opioid-treatment medicines in the Medicaid program and spending $1 million on advertising to reduce the stigma around addiction.

The spike is largely the result of street versions of the synthetic opioid fentanyl, which is 50 times more potent than heroin and sought by addicts as a cheaper alternatives to prescription opioids. Deaths linked to synthetic opioids, principally fentanyl, soared from 72 in Michigan in 2012 to 1,368 in 2017.

State Sen. Curt VanderWall, R-Ludington, chairman of the Health Policy and Human Services Committee, said both the state and medical community need to do more to confront the crisis.

“We have made some inroads, but we’ve got a long way to go,” he told Bridge Magazine.

He said he would be “willing to look at” legislation similar to that of Massachusetts mandating medication assisted treatment at all emergency rooms.

Carrie Rheingans of the University of Michigan’s Center for Health and Research Transformation said the failure to link ER overdose patients with outside treatment remains an issue at many hospitals.

“The biggest challenge that ER docs have is that if somebody is ready for treatment, there’s not a place for them to go. Treatment can be different things for different people,” Rheingans said.

“Michigan is not at the bottom for this, but we are not at the top, either.” 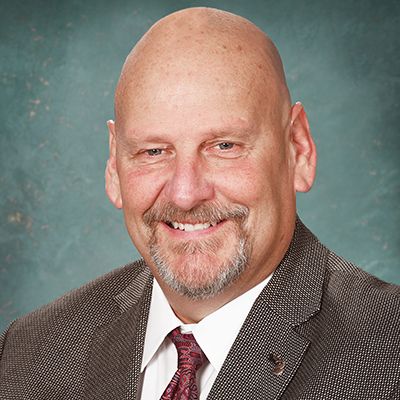 Since 2002, a growing number of treatment experts have turned to buprenorphine, itself an opioid, as a life-saving alternative to dangerous opioids.

Buprenorphine produces a less euphoric high than other opioids and one that tapers at higher doses. It also curbs the thirst for other opioids and when combined with naloxone – a combination sold as Suboxone – blocks the effects of opioids like heroin.

A groundbreaking 2015 Connecticut study found that administering buprenorphine in the ER combined with follow-up care can be an additional way to break the cycle of addiction to opioids like heroin or fentanyl.

The results, published in the Journal of the American Medical Association, found that 78 percent of those screened for opioid addiction and given buprenorphine remained in treatment after 30 days, compared to 37 percent screened and referred to community-based treatment.

Gail D’Onofrio, lead author of the Connecticut study and chair of the Department of Emergency Medicine at Yale New Haven Hospital, told Bridge in 2018 the study confirms the vital role ER’s can play in the opioid crisis.

Beyond a void of hospitals with buprenorphine ER treatment, Michigan also lags much of the nation in the overall share of physicians, nurse practitioners and physician assistants certified to prescribe buprenorphine.

According to a 2018 analysis by Avalere Health, a Washington, D.C., health care consulting firm, Michigan ranked in the bottom 10 states in the ratio of certified providers compared to opiate deaths.

That’s because Walton’s been down a similar road. She said she ran away from her Detroit home at age 13, winding up homeless and “hanging out with the wrong crowd” as she progressed from marijuana to crack cocaine to heroin.

“The lowest point was when my addiction was so bad I had nobody in the world. I was living on the streets, wherever I could put down,” Walton said. “I knew I had to turn my life around.”

Walton said she completed a drug treatment program at 19, earned her high school diploma and has since earned an associate's degree. She’s worked for Team Wellness since 2014.

Walton uses that trip from the hospital to Team Wellness as an opportunity to open a door of hope for her passengers.

Elizabeth Cichon, special projects director for Team Wellness, said patients referred there typically remain for 24 to 48 hours, where they are assessed, administered buprenorphine if needed and set up for longer-term treatment.

Some, if they qualify, are referred to 30-day residential treatment. Many are set up with an outpatient treatment plan that includes ongoing individual or group therapy. Cichon said these patients are a combination of the homeless and working poor, most of whom are on Medicaid, the federal insurance program for low-income residents.

Cichon said she believes its direct link to the hospital emergency rooms is vital.

“That’s the key – that one-hour window where they say they want help. I have had people say I will come tomorrow and they don’t come tomorrow.”

At Henry Ford Hospital in Detroit and Henry Ford Wyandotte Hospital, ER physicians are preparing to launch a similar program early next year.

Jacob Manteuffel, an ER physician at Henry Ford Hospital, said the collaboration is tapping into a $150,000 grant from the U.S. Centers for Disease Control and Prevention to hire four peer recovery coaches to work with overdose patients after their discharge from the hospital.

Manteuffel said officials are still working to establish links with treatment agencies that will take these ER patients.

“We want to be a source of recovery. Addiction is a disease. Buprenorphine is a medication to treat that disease. We want to change the mindset around the stigma of addiction.”

At St. Joseph Mercy Ann Arbor, ER physician Hadar Tucker said ER physicians there have treated about a dozen patients with buprenorphine over the past year and referred them to two area clinics for follow-up treatment.

In January, he expects to tap into a $175,000 grant from the state opioid collaborative to train paramedics to see overdose patients at home after discharge and assess their readiness to take buprenorphine.

Patients overdosed on heroin typically need eight to 12 hours to detoxify – after which they exhibit withdrawal symptoms - to be able to safely take buprenorphine. If given too soon, buprenorphine can cause what’s known as precipitated withdrawal, sudden, intense withdrawal that can include excessive vomiting and diarrhea, intense sweating, and other severe side effects.

Once they clear a patient for treatment, paramedics will then contact an ER physician for a prescription for buprenorphine, and in some cases, pick up and deliver the prescription, Tucker said.

“We are trying to come up with a way to get to them while they are still in withdrawal,” he said.

Sitting in a small office at Team Wellness in Detroit, Juanita Gross reflected on her past overdose trips to the ER.

“They get you together and then they send you home. What do you do?”

Gross said her craving for drugs was too strong. Within days, she was back on opioids.

“You just nearly died. You say, ‘I ain’t never going to do it again,’ and then you go right back to it.”

But Gross said she’s determined to make it this time. She goes to group therapy twice a week. She said she volunteers 50 hours a week at a soup kitchen for the homeless.

“This has given me hope,” she said.