SAGINAW – They groaned. They grumbled. They applauded each other and jeered references to a certain politician.

How to be heard on social studies standards

The Michigan Department of Education is seeking public input on revisions to state K-12 social studies standards. You can comment online until June 30 here. MDE is also holding in-person meetings around the state. Upcoming meetings:

It was the biggest showing yet in a week that has seen an explosion of public concern since an article in Bridge Magazine revealed that proposed changes in statewide social studies standards slashed references to gay rights, Roe v. Wade and climate change, and cut “democratic” from the phrase “core democratic values.”

Forums that were attracting 2-5 people before the June 12 article have grown large and loud. An event in Cadillac on June 13 drew about 20; a meeting in Flint on Monday grew to about 50 people before the Tuesday meeting in Saginaw, all of whom appeared to be unhappy with the conservative-leaning changes to  standards. 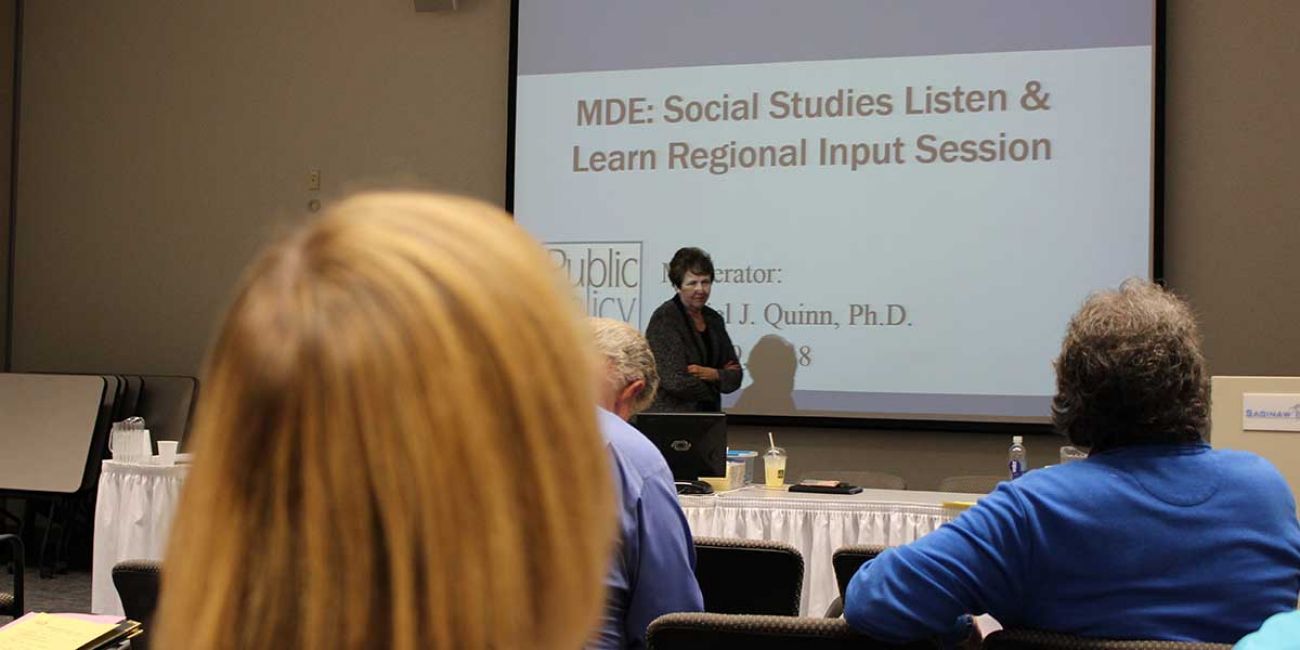 Those revisions were influenced by a 21-person focus group that included Sen. Patrick Colbeck, R-Canton, and several other conservatives who persuaded the group to make changes in which historic events, topics and groups must be examined in Michigan classrooms.

Colbeck said his suggestions were motivated by concern that some standards are not politically neutral or factually accurate, and to ensure students are exposed to multiple points of view. Critics raised suspicions that politics had slipped into what students must study in kindergarten through high school.

In the week since Bridge chronicled the changes, online comments received by the Michigan Department of Education expanded 10-fold. Public interest has grown so much that MDE is adding more public forums across Michigan for residents to weigh in. Two of the new meetings will be in Lansing and Grand Rapids – communities where forums were sparsely attended before the standards gained statewide attention.

Public comment is being accepted through June 30, both online and at the forums around the state.

“We are pleased with the amount of attention the proposed standards are attracting,” said Linda Forward, director of the office of educational improvement at MDE.  “We are also pleased with the responses that we are receiving. 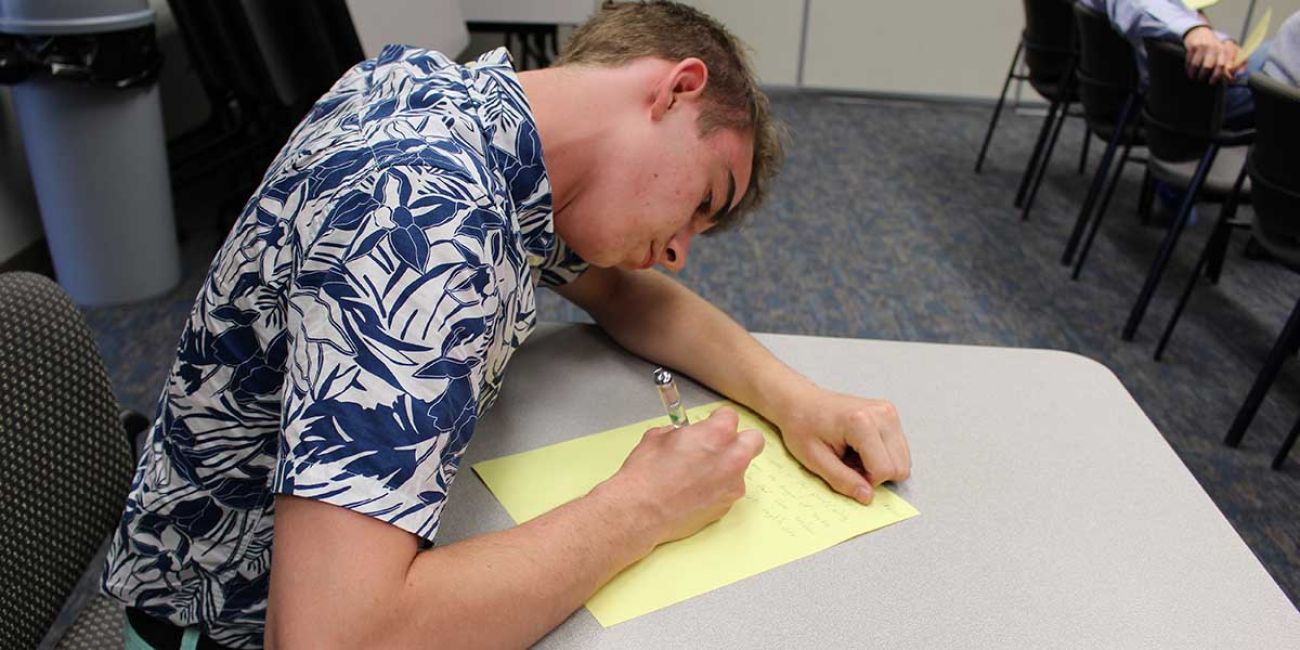 “We are particularly interested in specific comments about standards that people would like to see changed. What standard or example is concerning? What would the respondent like to see as a change? The more specificity we can get, the more likely we are to be able to reflect what we receive.”

Michigan’s social studies standards were last changed in 2007. The education department has been working to revise them for four years. The standards were revised by a 14-member team of educators and subject experts. Over the past year, 21 people representing diverse racial and ethnic groups as well as more educators tweaked those standards.

That last group included four well-known conservatives and Colbeck, who is running for governor ‒ but no Democratic activists or politicians. 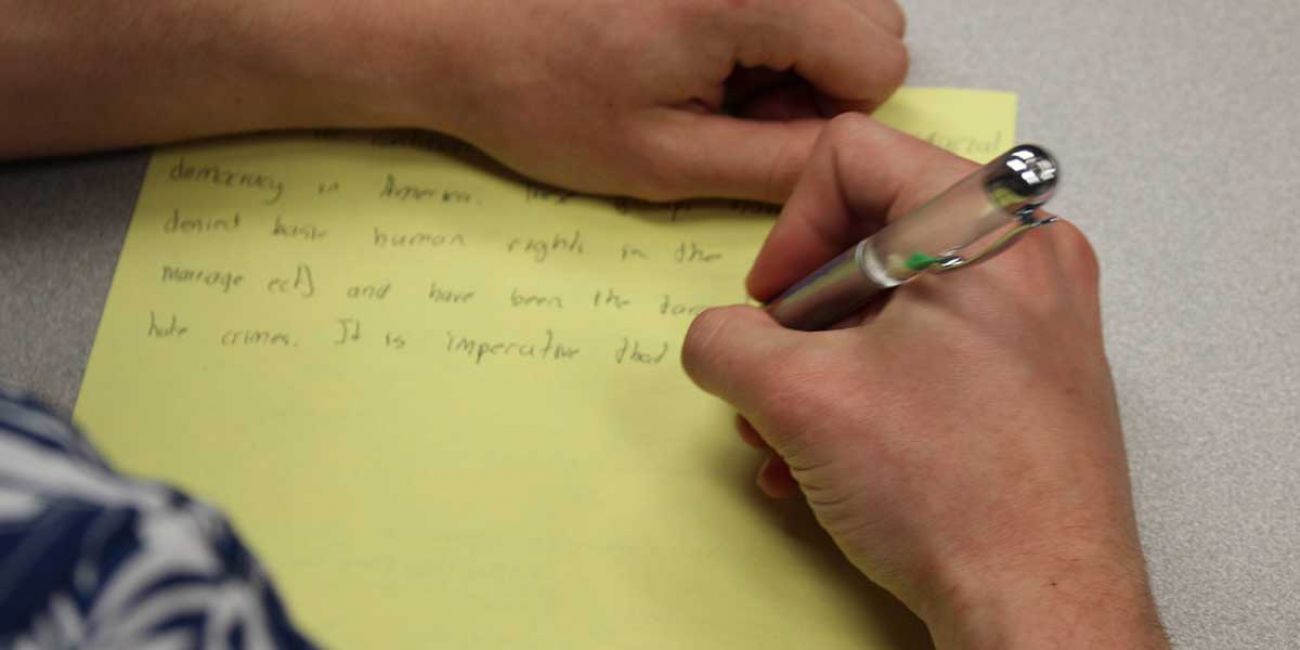 One question posed to MDE officials in Saginaw on Tuesday, “Why was only one legislator in the focus group, and why allow a Republican without also having a Democrat?” was met by applause.

Forward told the crowd that Colbeck was included on the committee revising the standards because he’d written a letter to Michigan Schools Superintendent Brian Whiston complaining about the current standards.

“Were there any Democrats invited? No,” Forward said, to the grumbling of the audience. “We didn’t see it as a political issue, but as a person who had a problem with the standards.”

Another question: “Why was ‘democratic’ removed from the term ‘core democratic values’?”

“There were members who felt that ‘democratic’ would confuse students,” said Jim Cameron, social studies consultant for the education department and head of the standards revision effort, “and make them think that Republicans didn’t have democratic values, so it was removed.”

More groans from the audience.

“When we learn about history, we don’t just take a poll and determine whether we are a democracy or a republic,” said Andrew Wehrman, a history professor at Central Michigan University who attended the Tuesday forum.

In response to complaint after complaint Tuesday, MDE officials said they would take all the comment cards filled out at the meeting back to Lansing and consider them when weighing changes to the standards. 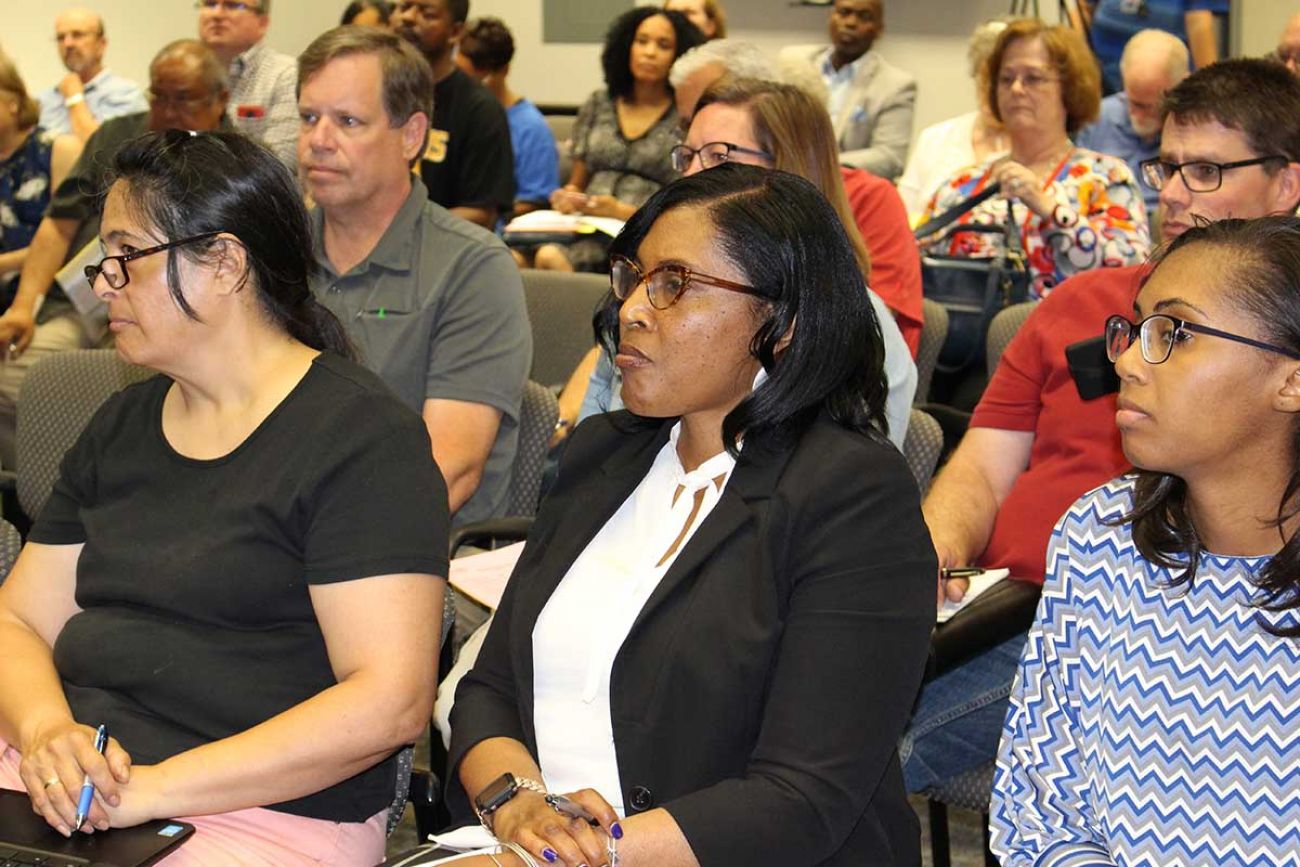 “It shouldn’t have come to us” to make these changes, Wehrman said. “It seems as if you said, ‘Let’s wait for the blowback’ and then you can say, it was a blood bath, we need to change this.”

Several people scolded MDE officials for what they viewed as allowing the revision process to be hijacked by political partisans.

“You should not have made yourself so susceptible to a people who have a history of being ideologues,” chided Tom Pedroni, associate professor of curriculum studies at Wayne State University in Detroit.

Though there were 14 people involved in writing the revised standards and 21 who participated in a focus group that revised those revisions, the crowd in Saginaw focused on only one: Colbeck.

The state senator told Bridge that he was instrumental in getting the d-word removed from “core democratic standards,” saying the phrase wasn’t nonpartisan – a claim that caused the Saginaw crowd to laugh.

Colbeck hasn’t attended any of the public forums on the standards that have been held around the state so far, according to education department officials.

Pamela Pugh, a Democrat from Saginaw and a state board member, told the crowd she didn’t mind Colbeck having input in the standards “because he lives in Michigan. But his voice should be no louder than anyone else in this room.” (Colbeck has denied his suggestions were somehow forced on the larger group, calling their deliberations frank but respectful.)

The education department is accepting public comment online through at least June 30 – a deadline that may be extended if comments continue to flood in.

The state board is scheduled to receive an update on the standards and public comments at its Aug. 14 meeting. Pugh said she doesn’t anticipate the board voting on the standards at that meeting. She confirmed what Bridge reported late last week: that she and the other three Democrats on the board will vote against the standards if they remain in their present form.

Even if the four Republicans voted for the standards, a 4-4 tie would mean the revised standards wouldn’t be approved.