A final meeting, and Michigan’s social studies standards head for a rewrite

March 2019: Gay rights and climate change are back in Michigan social studies standards

Mount Pleasant - The Michigan Department of Education has heard thousands of complaints about proposed changes to state social studies standards that would delete references to gay rights, Roe v. Wade and climate change.

Now, comes the hard part: rewriting the standards to try to satisfy everyone.

Thursday evening’s forum in an auditorium in Central Michigan University’s student union was the 18th and last currently scheduled session to gather public input on the controversial changes to standards meant to set the parameters for what is taught in Michigan classrooms.

Over five months, about 800 people attended sessions, and another 4,000 left online comments for the Michigan Department of Education.

Concerns about the conservative changes were consistent over time and across the state, and are likely to have a major impact on how the draft standards are rewritten, said Linda Forward, senior executive policy advisor for the state’s education department.

“I’m embarrassed,” said Anthony Tuf Francis, an Oakland University assistant professor who typified the public comments Thursday. “These standards need to be rejected and rewritten by people who appreciate democracy.” 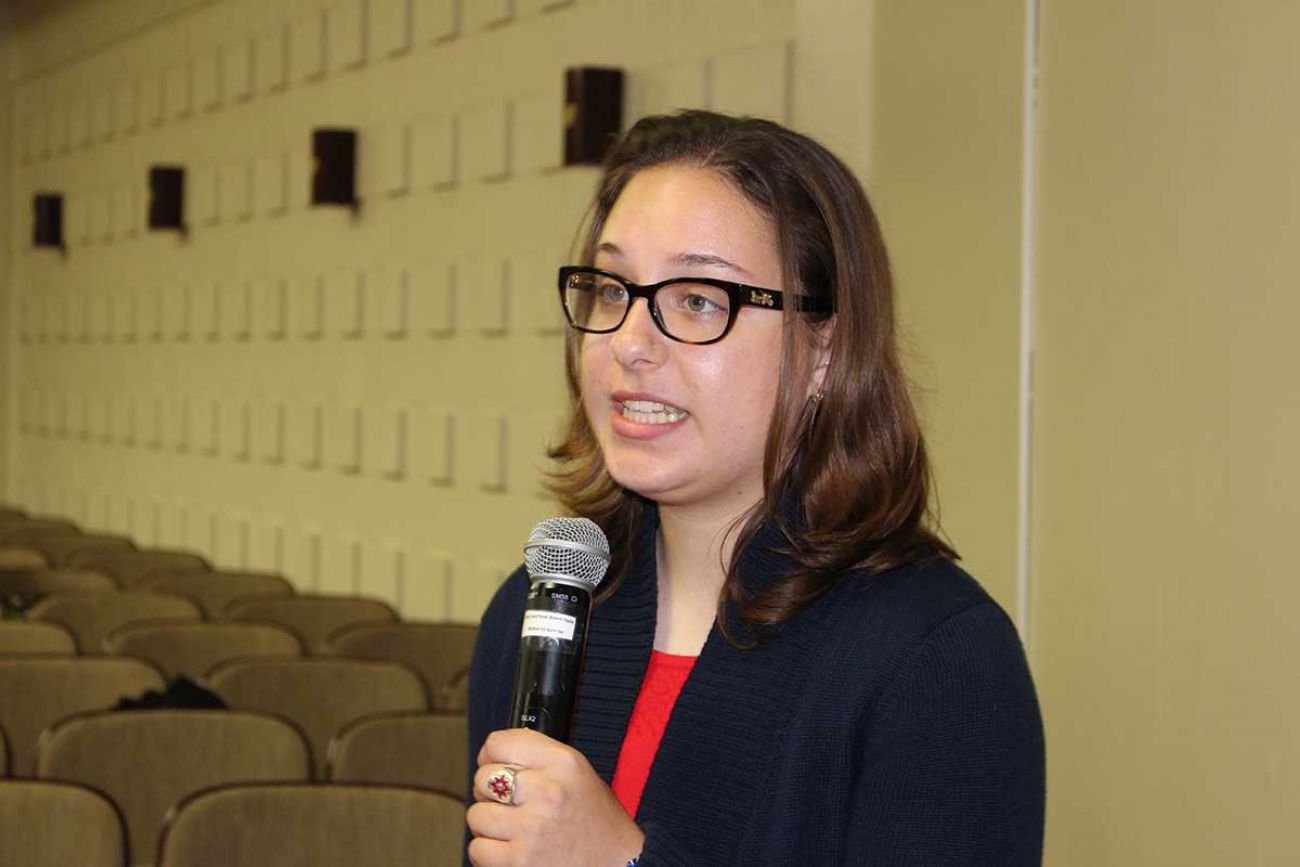 Public input was initially set to conclude June 30, but public outcry about the changes led the Department of Education to extend public input until Sept. 30, adding six more public forums around the state to the dozen that were originally scheduled.

Michigan’s social studies standards were last changed in 2007. The education department has been working to revise them for four years. The standards were initially revised by a 14-member team of educators and subject experts. Over the past year, however, 21 people representing diverse racial and ethnic groups as well as more educators tweaked those standards.

That last group was influenced by the input of four well-known conservatives and Sen. Patrick Colbeck, R-Canton. No Democratic activists or politicians were included.

In an interview this summer, Colbeck said his suggestions were motivated by concern that some standards are not politically neutral or factually accurate, and to ensure students are exposed to multiple points of view. As an example of how a social issue can have two perspectives, he said the Supreme Court wedding cake case, largely framed as a same-sex marriage issue, also raises questions about the baker’s religious freedoms under the constitution.

Critics of the revisions said they feared that politics were being slipped into what Michigan students must study in kindergarten through high school.

One change to the standards that Colbeck told Bridge he was responsible for and which has caused public outcry at forums was the removal of the word “democratic” from the phrase “core democratic values.

CMU senior Clare Alderman spoke out against banishing the word democratic from textbooks. Deletion of the word “inserts political biases” of “weak-kneed men who think that words in a textbook threaten their sense of power,” Alderman said. 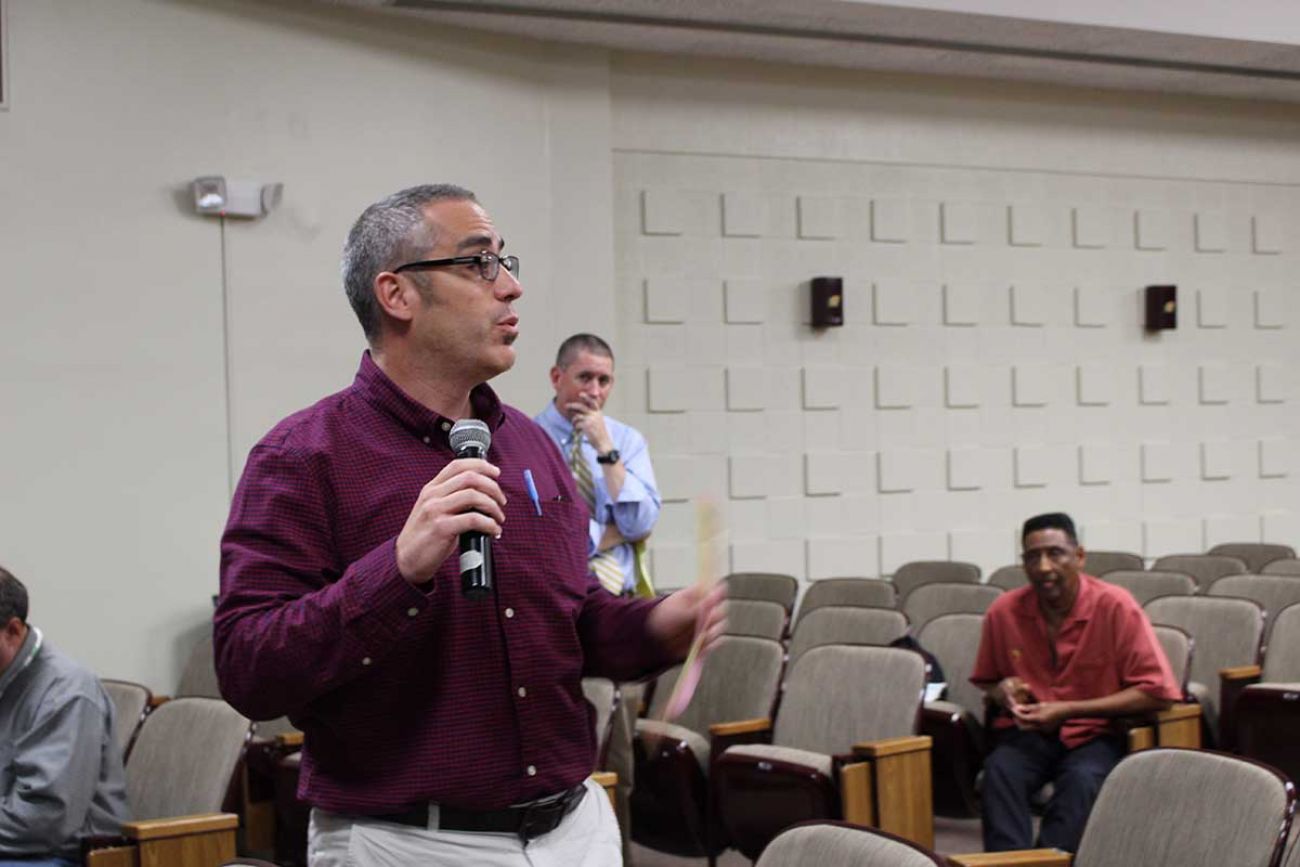 Oakland University’s Francis had a similar complaint: “We’ve removed the phrase ‘the common good,’” he said. “How is that OK?”

Aja Philpot, a CMU graduate student who lives in Midland, blasted the proposed standards for decreasing references to the KKK. “Let’s not forget who we are just to change who we are,” Philpot said.

While the public forums are over, online comments will be accepted through Sept. 30. After that, education department officials will evaluate the thousands of comments the department has received in person and online, and determine whether they will tweak the proposed standards. Part of that process will include the formation of more public task forces - the department will be seeking volunteers this fall.

Any revisions must be approved by the eight-member State Board of Education. In June, Democrats on the board, which is evenly split between Democratic and Republican members, said they would not approve the conservative-driven revisions. Assuming the board remains split, a 4-4 tie would keep the social studies standards as they are.

When the rewrite is completed, a final draft of the standards will be presented to the board for approval. That will likely happen early next year, Forward said.

And before any final approval, there likely will be another round of public forums in 2019.

“I’ve been delighted the turnout and the passion at all the meetings,” Forward said.