LANSING — “Carp!” Michael McCauley shouted as he leaned over the bow of a powerboat.

Net in hand, the electrofishing expert and contract field technician for the Michigan Department of Environment, Great Lakes and Energy (EGLE) stepped on a pedal that sent electricity through a claw-like contraption trolling in the water. A diesel generator roared as it powered the pulsing electrical current. McCauley’s goal: zap and temporarily stun the common carp — fat and golden-brown — to easily scoop it from the shallow stretch of the Grand River.

But the fish wiggled away. So Aaron Parker, an aquatic biologist and second half of the two-man electrofishing crew, shifted the boat into reverse and gave chase to the wayward carp.

“Welcome to the rodeo,” McCauley said to a Bridge Magazine reporter who tried to keep his balance.

It was another day on the front lines for McCauley and Parker, who are helping lead the state’s expanded efforts to test fish in more waters for PFAS, harmful “forever chemicals.”

As the household toxins are found in more sites, Michigan regulators are trying to better understand how much fish can ingest before they become harmful to eat. So McCauley and Parker troll the waters for fish to freeze, fillet, freeze again and ground into a powder to be tested at state labs.

In roughly 90 minutes on a sunny June afternoon, the men plucked seven carp and seven bass from the river along Lansing’s Grand River Park. That followed a morning upstream in Eaton Rapids, where they caught bluegill, carp, largemouth bass and rock bass.

“This is my favorite part of the job,” said McCauley. “Beats a cubicle.”

‘A lot of places to get to’

Much of the focus on PFAS in Michigan has involved drinking water since late 2017, when then-Gov. Rick Snyder formed a “Michigan PFAS Action Response Team,” and regulators began tracking the chemicals in drinking water sources. The action followed criticism that Snyder initially acted slowly as one environmental regulator raised alarms within state government.

Since then, state agencies have expanded research in other areas, including expanding testing on PFAS in fish to more sites as Michiganders voice more concerns about the chemicals.

For decades, Michigan has tested for harmful neurotoxins such as mercury and polychlorinated biphenyls (PCBs) and published public consumption guidelines.

The expansion of PFAS testing regulators collecting data on at least one breed of fish at 93 locations on 70 bodies of water including parts of the Huron, Flint and Kalamazoo rivers and lakes St. Clair, Michigan and Superior.

“We’ve got a lot of places to get to — we’ve got a long litany this year,” said Joseph Bohr, an EGLE aquatic biologist who coordinates the testing program. 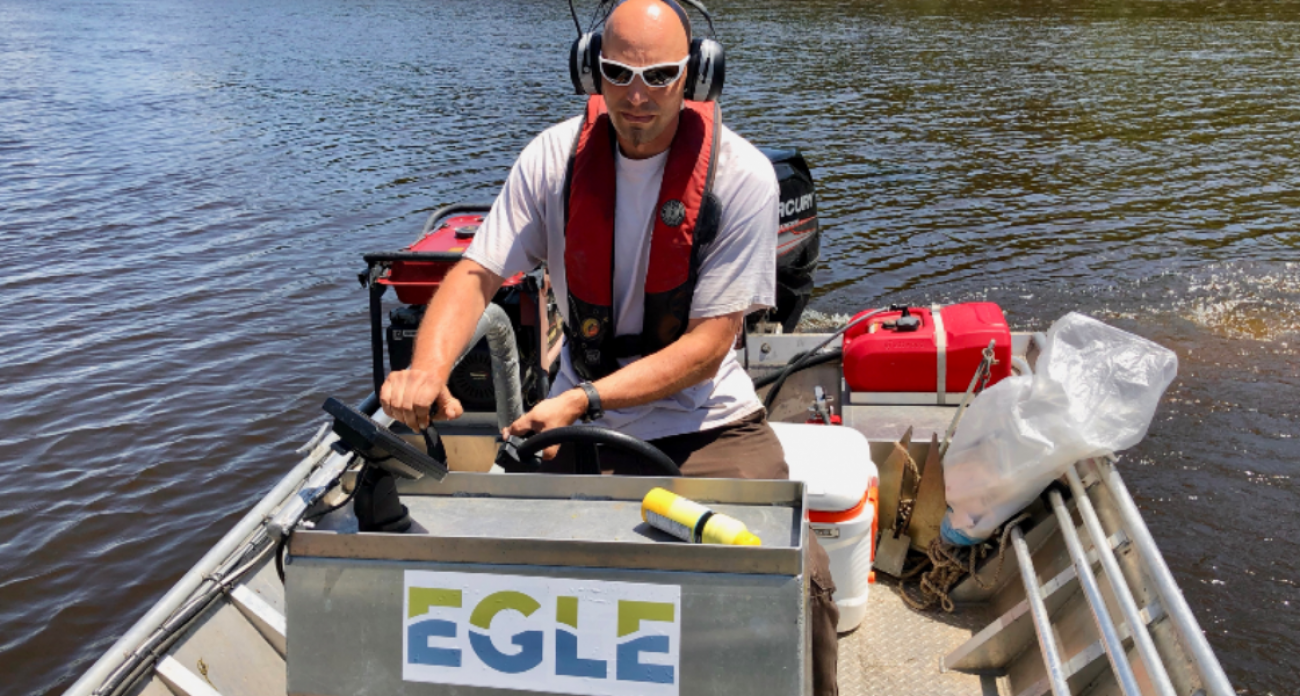 The state has collected PFAS data on 21 types of fish, with bluegill, largemouth bass and rock bass tested most frequently, EGLE data show.

Formally called perfluoroalkyl and polyfluoroalkyl substances, PFAS are a class of non-stick, water-proof and stain-resistant compounds that can also serve as fire retardants. The chemicals may have been used at as many as 11,300 Michigan fire stations, landfills, industrial sites, military bases, airports and other locations, according to state estimates.

Researchers have linked PFAS to developmental and behavioral problems for infants and children, hormonal and immunity problems as well as certain cancers. At a minimum, trace amounts of PFAS flow in the blood of nearly every American, surveys suggest. 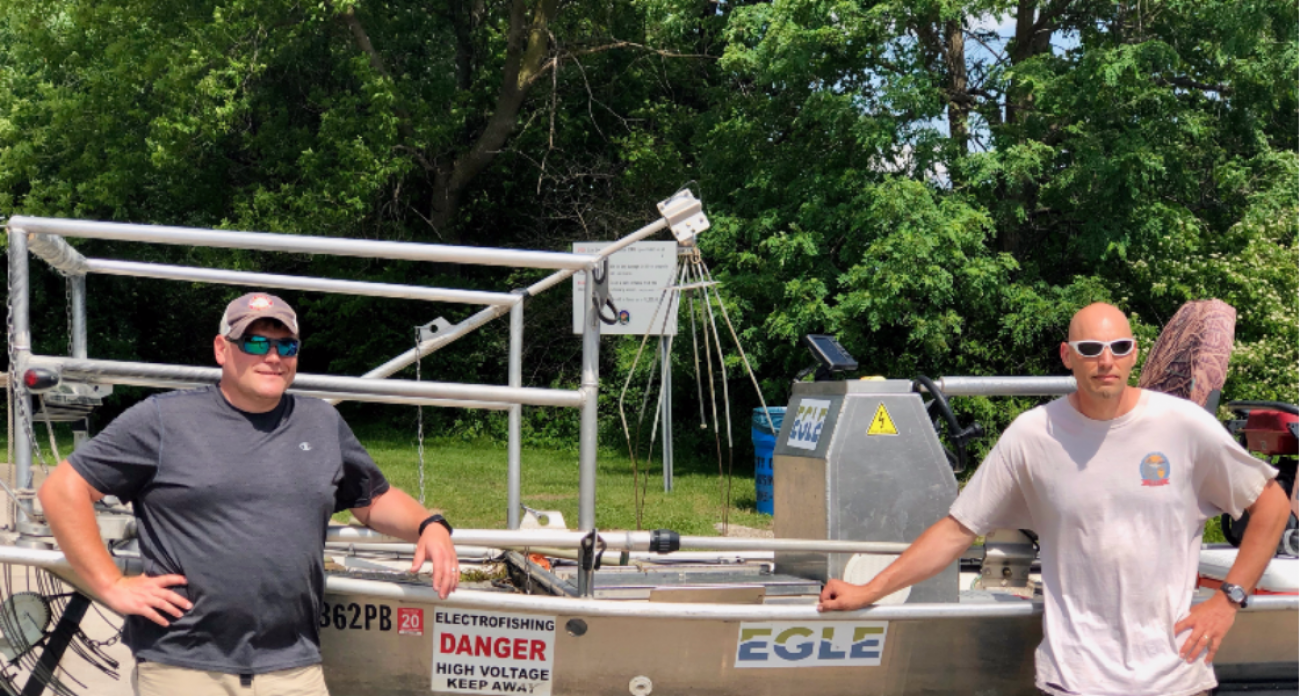 For now, Michigan advises against eating a range of fish at several locations near Oscoda’s Wurtsmith Air Force Base, where PFAS from fire suppressants has leached into surface and drinking water and bubbled into toxic foam that’s washed onto beaches. Those locations include: Allen and Van Etten lakes, the Au Sable River and Clark’s Marsh.

The state warns against eating any fish from the Huron River, from North Wixom Road in Oakland County to where the river empties into Lake Huron in Wayne County; and all species in Beaver Dam Pond Helmer Creek in Calhoun County and Ponds at 4300 Cannonsburg Road in Belmont.

Regulators test fish for 16 types of PFAS, but they base consumption guidelines on one more understood type of PFAS that accumulates in fish: perfluorooctane sulfonate, or PFOS.

It’s usually found in fish that have other types of PFAS, said Matthew Geiger, director of the chemistry and toxicology division at the Michigan Department of Health and Human Services. 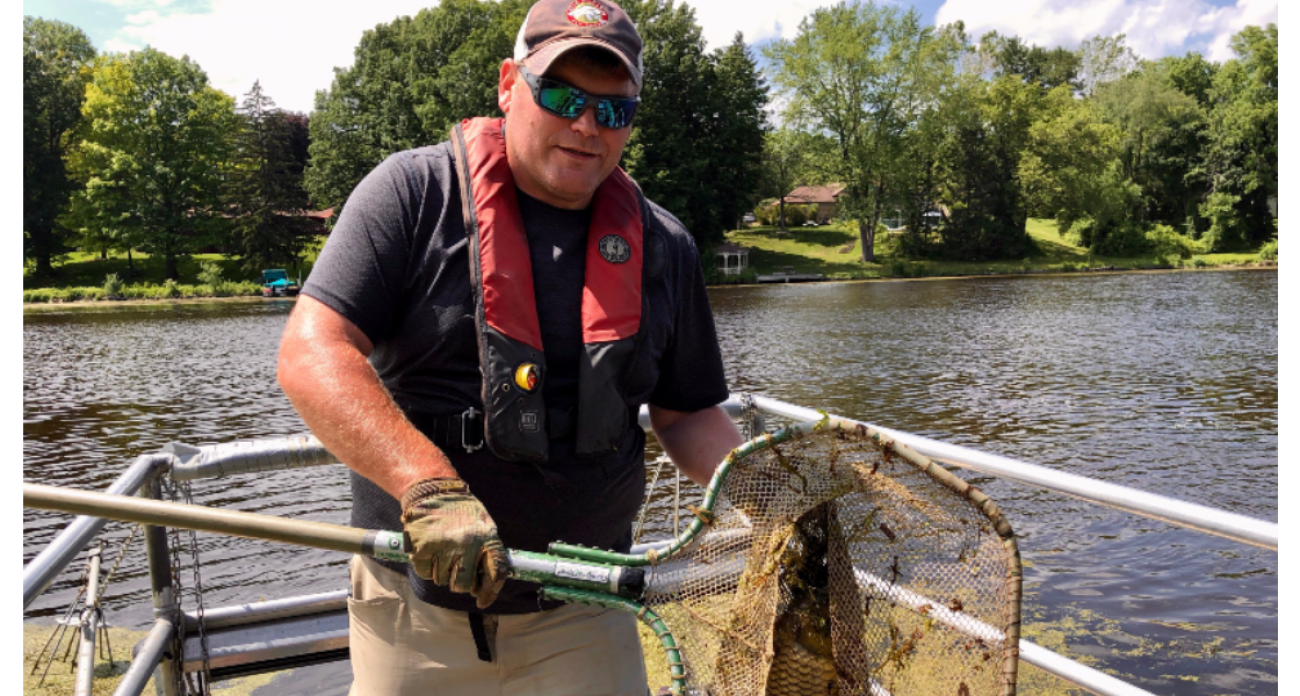 The state issues “Do not eat” advisories when fish eclipse a PFOS threshold of 300 parts per billion — or 300 nanograms of PFOS per gram of fish — and it recommends various serving limits for lower thresholds. That’s like 3 pennies in a $100,000 pile of pennies.

Because research is rapidly evolving on PFAS and public health, “values may change, subject to updated information,” said Jennifer Gray, a DHHS toxicologist.

Now, Michigan is expanding the testing locations as more residents call in their concerns — whether because they spot foam in the water or have other suspicions.

The program costs $900,000, as part of a Department of Health and Human Services budget that includes a total of $5.5 million for all types of PFAS lab testing.

But as Michigan anglers are bombarded by news headlines and state bulletins focused on PFAS as testing expand and experts learn more about it, regulators say folks shouldn’t forget warnings about other longstanding contaminants such as mercury and PCBs.

Researchers almost always find at least trace amounts of mercury in Michigan. That toxic chemical builds up in the human body and its linked to brain abnormalities and developmental disorders. 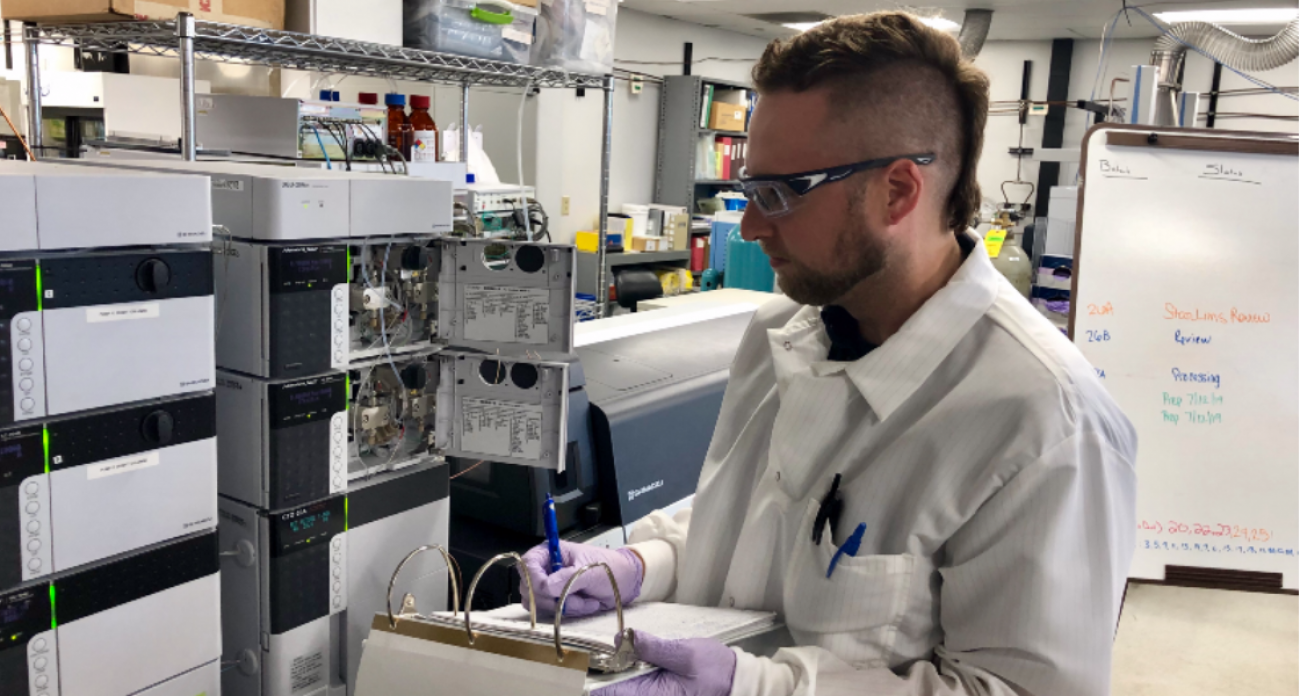 “That’s definitely a chemical that is widespread, not only statewide, but nationwide and worldwide,” said Gray.

The state must collect hundreds of fish to continue monitoring those chemicals.

McCauley, who has worked with the state for 15 years, has a growing list of 60 sites to fish. Through late June he had visited 25 locations on his list. His favorite spots tend to be in the Upper Peninsula.

McCauley’s method of fishing depends on the body of water and what type of fish he’s seeking. In the Great Lakes he might set a large net on the lake bottom to nab lake trout, for instance. Elsewhere he and colleagues might use a simple rod and reel, he said.

But he often sets opts for electrofishing. Surveyors have safely used the method for decades and it still carries its own thrill.

Behind the wheel of the EGLE-branded powerboat, Parker –  whose job also requires him to sample algae or survey wildlife in small streams – called the practice “controlled crashing,” because of the fast-paced action and the propensity for the boat to make contact with shoreline.

“Sometimes you get dizzy looking at the fish in the water,” he said.