COVID vaccine boosters: When, where and how to get them in Michigan

For now, which booster you can receive will depend on which vaccine you originally took for protection against COVID-19. (Bridge file photo)
October 18, 2021
Robin Erb (Email)
Michigan Health Watch
Coronavirus Michigan

Michigan Health Watch
COVID vaccine boosters: When, where and how to get them in Michigan

Oct. 22: Where to get COVID vaccine boosters in Michigan

The federal government is poised to sign off on vaccine boosters made by Moderna and Johnson & Johnson as early as this week, paving the way for greater protection against COVID for hundreds of thousands more people in Michigan.

The anticipated approval of the boosters — following approval of the Pfizer booster last month — is sure to spawn questions about who is eligible, how to get one, whether they can be mixed and other key questions, which are answered below.

Late last week, the Food and Drug Administration’s Vaccines and Related Biological Products Advisory Committee recommended that anyone who received a one-dose J & J vaccine at least two months ago get a booster shot. The same panel recommended half-dose boosters for those who received Moderna vaccines earlier this year.

With three different U.S.-approved vaccine manufacturers, there are limits in who gets what, differing waiting periods, and adjustments in dose amounts.

“I get a lot of questions,” Tiffany Haddad-Azzi, a regional pharmacy manager for 22 Rite Aid stores stretching along Michigan’s I-94 corridor, said of the difference in boosters.

“What we do know about COVID vaccines is that they are working,” Haddad-Azzi said. “We do know that they’re helping (reduce) the amount of deaths and hospitalizations from COVID.” 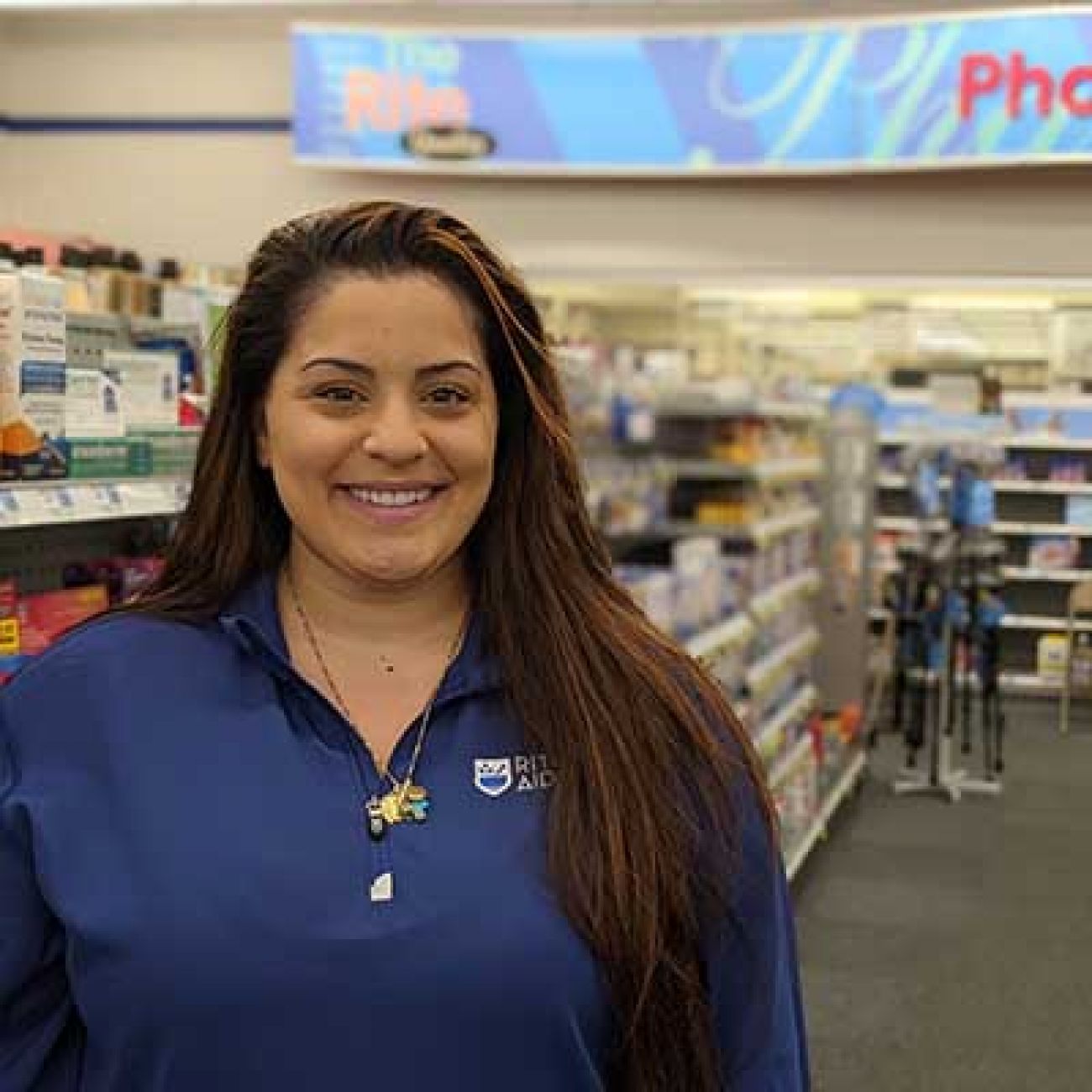 A Centers for Disease Control and Prevention analysis published in September found all three vaccines strong in preventing hospitalizations, although Moderna’s had the most robust response. The Moderna vaccine was shown to be 93 percent effective against hospitalizations from March 11 to August 15 compared to the Pfizer vaccine (88 percent) and the J & J vaccine (71 percent).

“But as far as how often we have to get it and how long antibodies last from the shots — we just have to keep studying it,” Haddad-Azzi said.

Here are answers to some common questions about the boosters:

When is the Moderna booster coming?

The FDA and the CDC still must weigh in on the panel’s recommendations before the Moderna vaccine booster is approved. The FDA usually follows panel recommendations on COVID vaccines quickly. An advisory committee to the CDC is scheduled to meet Oct. 20-21.

The Moderna vaccine, like the one from Pfizer, is an mRNA vaccine and, like Pfizer, is given in a two-dose series after being authorized earlier this year.

Immunocompromised people who received the Moderna vaccine were approved for a third dose back in August. More than 32,000 Moderna third doses have been administered to this higher-risk population so far in Michigan, according to state data.

If the FDA and CDC follow the advice of the FDA’s advisory board Thursday, Moderna booster recipients will receive a half-dose of the Moderna vaccine as a booster.

If the panel’s recommendation is followed, Moderna boosters would be given, at least at first, to the same group of people now recommended for the Pfizer booster — those 65 and older and at higher risk for COVID.

When will the J & J booster be available?

The FDA and CDC still must approve a J &J booster. The FDA has generally followed the panel’s recommendations on COVID vaccines quickly. An advisory committee to the CDC is scheduled to meet Oct. 20-21.

Unlike Moderna and Pfizer, which are two-dose mRNA vaccines, Johnson & Johnson produced a one-dose viral vector vaccine similar to many traditional vaccines.

The J & J booster has been recommended for anyone who had an initial J & J dose, with no need to restrict them initially to higher-risk groups.

Who can now get the Pfizer booster?

The Pfizer vaccine, now marketed as Comirnaty, is a two-dose mRNA vaccine similar to Moderna’s version. Also similar: The Pfizer vaccine was recommended in August as a third dose for immunocompromised patients so they mount the same immune response as the general public. (Conditions are listed at this link here.)

Third doses were to be given at least 28 days after the first two-dose series was completed.

In September, the FDA authorized Pfizer boosters for a limited number of other people who got the Pfizer vaccine — specifically those 65 and older, those at higher risk of severe COVID, and those in certain occupations.

The boosters are to be given six months after a first series and boost immune responses that wane over time.

More than 325,000 Pfizer third doses and boosters have been given out in Michigan, according to state data. 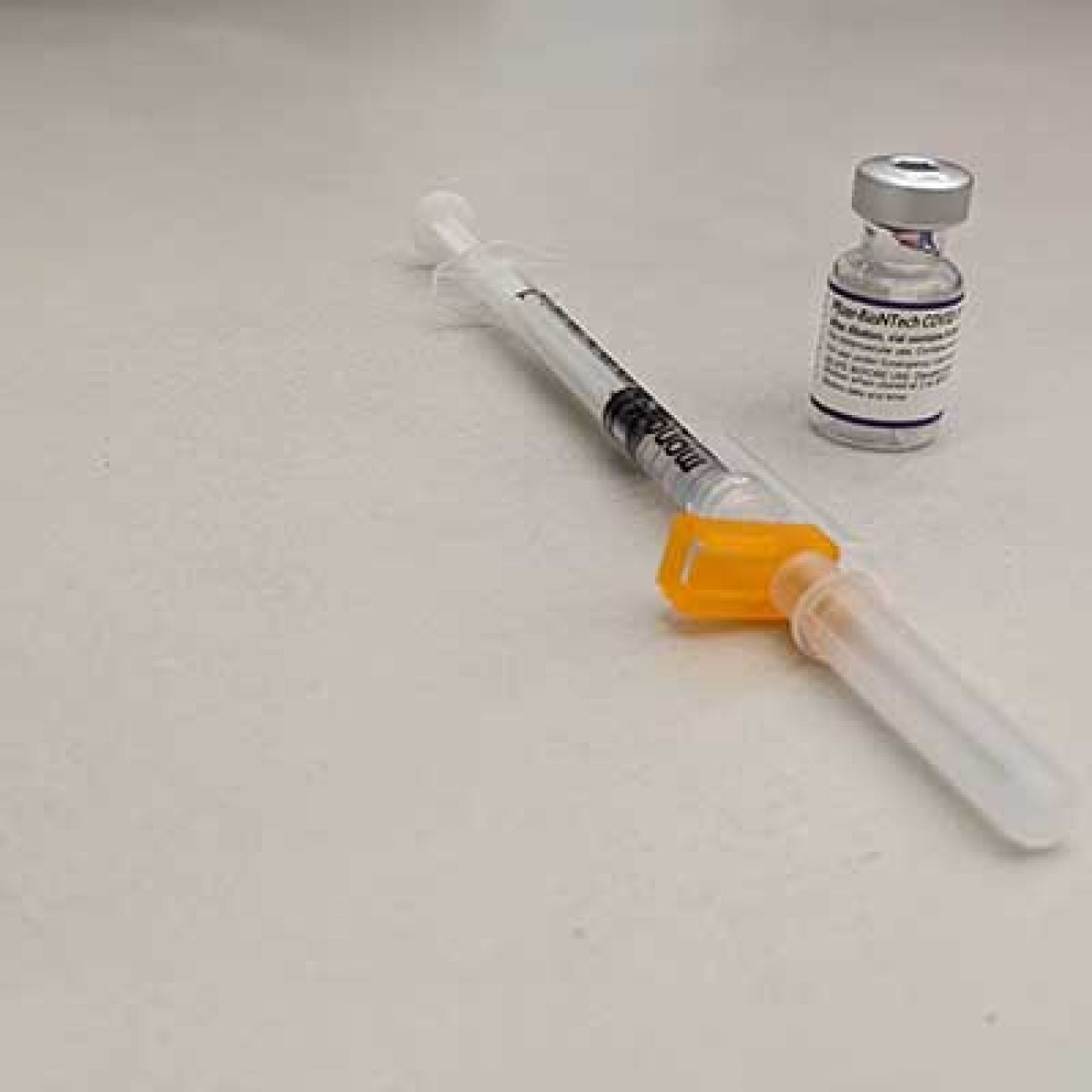 Immunocompromised people who first got Pfizer and Moderna shots earlier this year were advised to get an additional jab — considered a third dose for them — in August. In September, the CDC recommended a third dose — this one considered a “booster” — for those 65 and older and at higher risk. (Bridge photo by Robin Erb)

“All of those doses — the third dose for immunocompromised people or the booster for other Pfizer recipients — are the same exact shot. There’s nothing that codes them differently, like Dose 1 or Dose 2 or Dose 3. They are the same,” Haddad-Azzi said.

Still unclear is whether those who are immunocompromised and received three doses will be eventually recommended for boosters.

Can I mix vaccines?

For now, no. For the most part, individuals are to stick to the same vaccine they first received, although in rare instances, individuals in the early days of the vaccine rollout may have had two different vaccines.)

It’s unclear to what extent the guidance to stick to one vaccine type will hold — an uncertainty underscored last week when an early study suggested that people who originally received the J & J vaccine might be better protected if they received a Moderna or Pfizer booster.

The results from the study of 458 people, which showed a 76-fold increase in antibody levels among those who had J & J shot followed by an mRNA shot, are preliminary and must be peer reviewed.

But there are indications the FDA may soon authorize a mix-and-match approach.

How do I get a booster once I’m eligible?

Vaccines now are widely available at large pharmacy chains, physician’s offices and health departments. It’s not necessary to return to the same site as your first doses.

Do the boosters carry side effects? 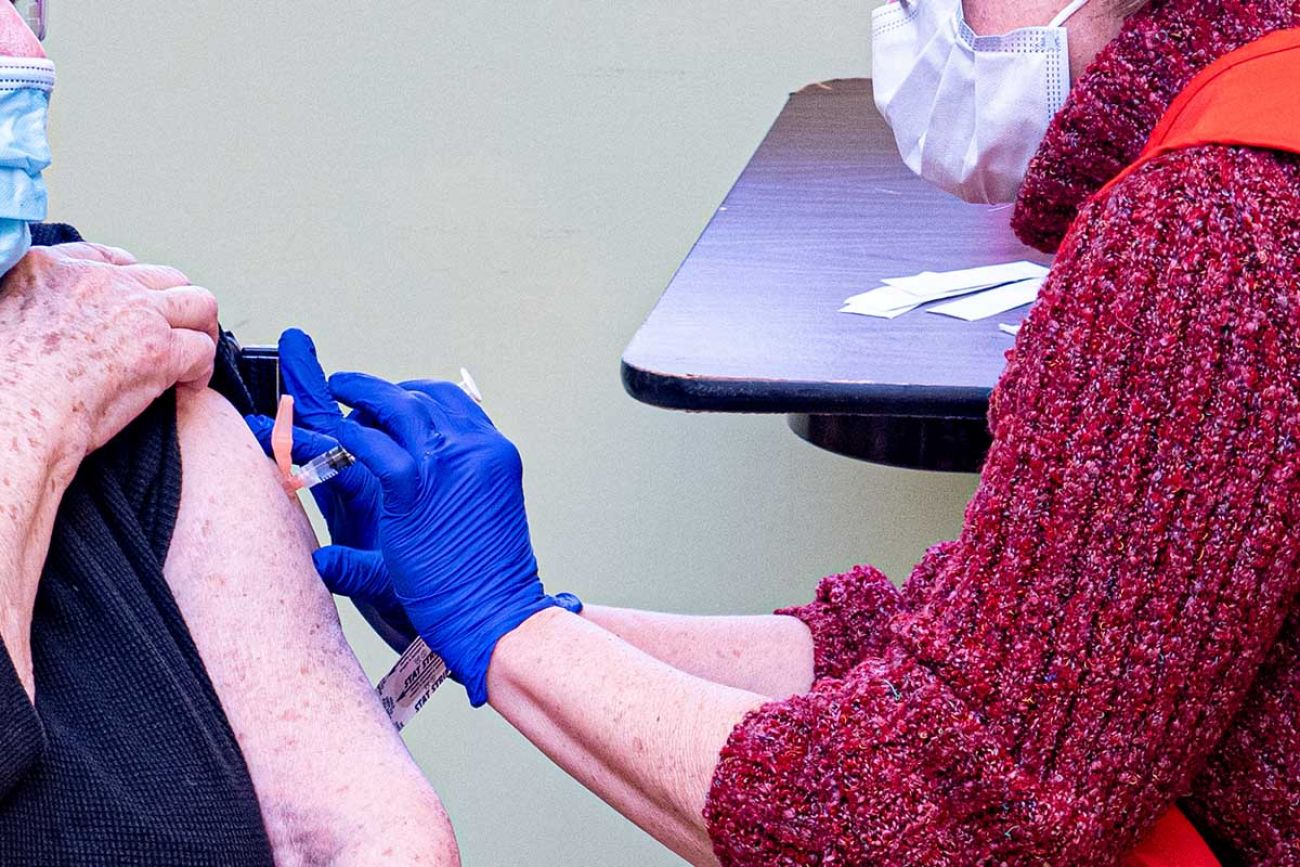 The Johnson & Johnson vaccine was a one-dose, convenient choice for hard-to-reach populations. Some say it should have been a two-dose vaccine from the get-go. (Bridge photo by Dan Welihan).

Can I get a COVID booster and flu shot at the same time?

Yes, according to the CDC.

This is the season when millions of Americans traditionally get their annual flu shot. Ask your pharmacy if you can get scheduled for both.

While COVID shots initially were to be spaced apart from other vaccines, the CDC changed its guidance about the timing, and now allows flu and COVID vaccines to be given at the same time. By federal law, the COVID shot is free, although pharmacists may bill insurers when available.

Most insurers cover flu shots, too, but there are exceptions, pharmacist Hadded-Azzi said.

Do I need my vaccination card when I get a booster?

Nonetheless, the Michigan Department of Health and Human Services recommends residents take their vaccine card with them when seeking additional shots or boosters to avoid confusion.

Those who received vaccines out of state should bring their out-of-state COVID vaccine record and request that the provider add the out-of-state record to MCIR, said MDHHS spokesperson Chelsea Wuth.

What about vaccines for children?

Currently, anyone 12 and older is eligible to receive a COVID vaccine. For now, the Pfizer booster — the only booster yet approved — is limited to adults 65 and older and people in high-risk groups.

The same FDA panel making recommendations about boosters is set to take up Pfizer’s request to authorize vaccines for children 5 to 11 years old at its meeting Oct. 26. The CDC’s Advisory Committee of Immunization Practices, which determines who will be eligible for vaccines and when, is scheduled to meet Nov. 2.