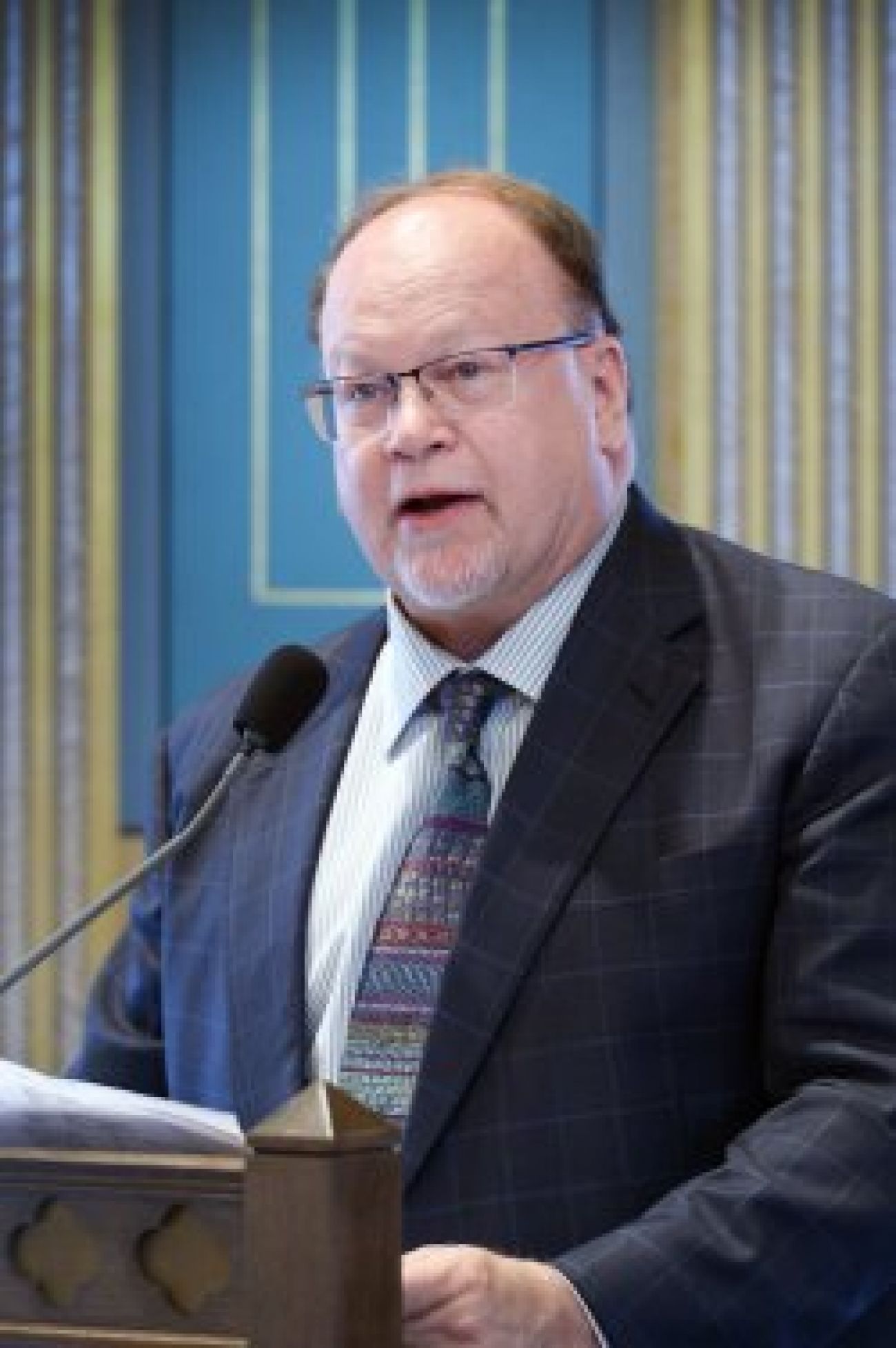 Even as Michigan’s suicide rate rose by a third over two decades -‒ and climbing even higher among young people, rural residents and military veterans -‒ a fundamental question has yet to be fully answered.

“We need to get to the bottom of why this is happening,” said state Sen. Jim Runestad, R-Oakland County. “I don’t hear that’s being done.”

Runestad contends a commission on suicide can provide at least some answers, and could lead to a rapid, statewide approach to suicide prevention. In May, the Senate unanimously approved his bill authorizing a suicide commission, sending it to the state House Health Policy Committee.

A near-identical version of that measure is slated for a likely vote in committee Thursday. Health Policy chairman, state Rep. Hank Vaupel, R-Fowlerville, said he is “optimistic” of committee approval and that he anticipates a vote by the full House this fall.

“Very definitely we need to look at some of the causes of what’s going on and see what we can do to prevent it. I think it’s vitally important,” Vaupel said.

Under the House bill, a 27-member commission would work with state departments and agencies and nonprofit organizations to study the underlying factors of suicide in Michigan and produce guidance quickly. The measure seeks preliminary findings and recommendations to the legislature in six months, and a report highlighting promising suicide prevention programs in the state within a year.

The commission is to include suicide prevention researchers, members of the mental health, substance use disorder and medical treatment communities, law enforcement, suicide loss and suicide attempt survivors as well as the ombudsman for Michigan’s veterans’ facilities.

Runestad said he is hopeful the commission’s recommendations would lead to immediate action, including legislative measures if needed. “The thing I want to emphasize is not to delay,” he told Bridge. “There are people dying every day.”

While no one’s sure why the suicides are rising, University of Michigan research suggests part of the problem is linked to opiate use. Others point to a lack of medication assisted treatment in Michigan for opioid addiction that advocates say could help to lower the suicide rate.

Runestad could point to a stack of grim statistics that argue for urgent action:

According to the U.S. Centers for Disease Control and Prevention, the overall suicide rate in Michigan spiked 33 percent from 1999 to 2016, compared to a nationwide rise of 25 percent over the same period.

For those ages 15 to 24 in Michigan, suicide is now the second leading cause of death, with the rate jumping nearly 50 percent in less than a decade in this age group, state health data show.

Rural Michigan counties led the state in suicide rates from 1999 to 2017. Click on a county to see the rate.

And in parts of rural Michigan, suicide rates are twice the state average.

Four counties in the Upper Peninsula ranked among the top 10 statewide in suicide rates. That includes Gogebic County in the west fringe of the U.P., which had the 10th highest suicide rate in the state.

Ironwood resident Pat Gallinagh has made it his mission to prevent suicide in this rural area, decades after he tried to take his own life. Retired from Ironwood Area Schools after three decades of teaching, he now steers a nonprofit area suicide prevention organization.

Gallinagh said he would welcome any initiative that might reach more people before they end their lives.

“There are lots of things we could do for prevention,” he said. “The question is whether the state legislature would act on any of the recommendations. You have to look at a statewide effort to do it.”

Gallinagh said he would grade Michigan’s current suicide prevention efforts as a “D.”

“It’s not that people don’t care. It’s just that the money isn’t there.”

As a starting point, Gallinagh said, Michigan can require depression screening for Michigan school students. Research has found that up to 65 percent of adolescents report depressive symptoms, but only a third to a fourth receive treatment. About half of all those who commit suicide nationwide have a current or known mental health problem, according to the  CDC.

“That’s an expensive proposition. A lot of poor school districts couldn’t afford to do that screening,” Gallinagh said.

Adding to the challenge, Michigan schools have the nation’s second-worst ratio of students to school counselors, with 741 students for every counselor, according to the American School Counselor Association, which recommends a 250-to-1 ratio.

Two years ago, the CDC issued a series of recommended strategies to help states reduce suicides. They include housing stabilization programs to keep people on marginal incomes in their homes, improved mental health care in rural areas, advocacy for safe firearm storage, broadened peer support programs in schools and community-based policies to reduce alcohol use.

As disturbing as suicide rates are in Michigan’s rural counties, rates can be far higher among Michigan’s estimated 580,000 veterans, especially younger veterans.

The V.A. recorded 159 suicide deaths among all Michigan veterans that year – nearly one every other day. Nationally, an average of 20 U.S. veterans and active duty service members commit suicide a day.

Kellie Cody, the current Michigan veterans ombudsman, said he was instructed not to comment directly on the legislation since he serves within the Legislative Council.

But he said the toll of suicide among veterans underscores the need for action, especially given the rate among young veterans.

He said the rise among younger veterans may be linked to multiple deployments by U.S. troops to Iraq and Afghanistan that followed the terrorist attacks on Sept. 11, 2001.

Cody said that in turn is tied to high rates of post traumatic stress disorder and traumatic brain injury among those veterans, as a V.A. study found veterans with multiple brain injuries were twice as likely to consider suicide as those with one or no injury.

“I’m a Vietnam veteran. In that era, you didn’t have multiple deployments. You went once, you did your time and you were out,” Cody said.

He added that rural veterans may be especially vulnerable, because they can be socially isolated and a long distance from mental health care.

In the meantime, school districts have been stirred to action by multiple student suicides, some in the course of a year.

That includes Cedar Springs Public Schools north of Grand Rapids, where three young students took their life over a one-year period in 2015 and 2016. That included an incident where students on a morning bus to school watched in horror as they rode past an eighth grader who had killed himself, the boy’s mother cradling his body near the roadside.

Those incidents prompted the district to invest $400,000 from its $38 million budget to add six mental health professionals to its staff, including three counselors and three other mental health specialists hired in 2018.

Thus far, a bill has stalled that would provide teachers training to help them spot students at suicide risk. State Sen. Sylvia Santana, D-Detroit, introduced a bill In January that directs the Department of Education and Department of Health and Human Services to develop a course for teachers on “mental health first aid.”

The bill hasn’t made it out of the Senate Education and Career Readiness Committee. More than two dozen states already require some form of suicide prevention training for teachers and other school personnel.

And aide to committee chair Lana Theis, R-Brighton, told Bridge in late August she was unavailable to discuss the bill.

But as suicide rates remain high, veterans ombudsman Cody said the issue cries out for a unified system that brings all suicide prevention players together.

“Different counties have their approach to it. But there is no coordinating body to address it statewide,” he said. “When you have a lack of overall coordination, it gets piecemealed.”

Call:National Suicide Prevention Lifeline, at 800-273-8255. It’s a network of more than 150 crisis centers that provides a 24-hour hotline to anyone in suicidal crisis or emotional distress.

Text: Crisis Text Line: 741741, is a national service that connects the texter with a live, trained crisis counselor

Connect: To Michigansuicide hotlines, located in many communities across the state.

Reach out: ToOK2SAY, a state-funded student safety program which allows students to confidentially report tips on potential suicide and other risks to student safety. The tips can be reported by phone, at 8-555-OK2SAY (855-565-2729); by text message at 652729 (OK2SAY); or by email, at OK2SAY@mi.gov

Communicate: People can be hesitant to approach someone showing signs of despair. But experts say getting a friend or loved one to talk openly of suicidal thoughts can save a life.