More Michigan graduates than ever have college degrees. But disinvestment in higher education have prompted universities to skyrocket tuition, leaving graduates with big debts. (Shutterstock image)

More Michiganders than ever have a college degree, but the state ranks 30th in the United States for the rate of residents with an associate’s degree or higher: 45 percent of working-age adults.

Fewer than 30 percent of adults have at least a bachelor’s degree compared with 32.6 percent nationwide.

In Minnesota, nearly 35 percent of adults hold a bachelor’s degree or higher. Its median household income was $8,000 higher than the national average of $60,336 in 2017. Michigan’s stood at about $5,000 lower than the national average. If Michigan had the same college graduation rate as Minnesota, the state would have 493,000 more adults with a degree than it does now.

In the early 1990s, Michigan was among the top 10 states in spending for needs-based financial aid. But it has fallen by more than half since then – and Michigan is now among the bottom half of states for needs-based grant spending. The Michigan League for Public Policy found that Michigan spends $223 per undergraduate student on need-based grants per year, lowest among Midwest states and less than half the national average of $533.

At the same time, the cost of tuition and housing rose faster than inflation at 14 of Michigan’s 15 public universities over the past decade, ranging from an 8 percent to a 41 percent jump between 2010 and 2019.  Average public university tuition in Michigan –  estimated at $12,930 according to a 2019 report –  ranked sixth highest in the nation. In 2015, tuition constituted 69 percent of college revenues in Michigan, the sixth-highest in the nation. In other states with higher state aid, tuition is lower. Tuition comprised 32 percent of university revenues in Illinois and 57 percent in Indiana.

In large part, schools turned to escalating tuition to compensate for declining state funds for higher education. That’s because of declines in state aid, which constituted 20 percent of universities’ revenue in 2018, down from 26 percent in 2010.

Gov. Gretchen Whitmer is proposing two programs: The MI Opportunity Scholarship, which would provide two years of free tuition for high school graduates at community colleges or four-year universities. The MI Reconnect program would provide the same benefit or technical training to students older than  25.

The two programs would cost about $270 million per year, but Republicans did not act last year on bills in the Legislature to launch them. Business groups support the measure, citing the state’s need for more skilled workers.

With the Michigan primary just weeks away, Bridge Magazine is unveiling its 2020 Fact Guide to help frame the debate and separate rhetoric from facts. 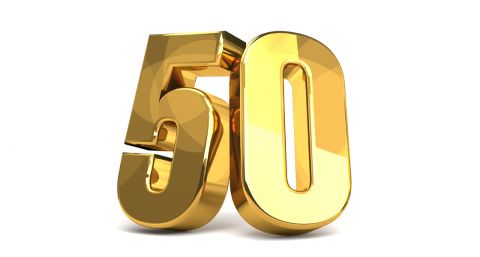 Michigan is often mischaracterized. Here are 50 facts about demographics, education, health care, the economy and government that shape the state.

Michigan has only 16 electoral votes among the 538 in the Electoral College that decides the U.S. presidency. But the state is expected to be a key battleground for Democrats and President Donald Trump.

Once again your $35k debt number is an attempt to inflate the scope of this issue. You don't make clear this number only includes students that HAVE loans, (not to mention whether they actually used these "college" loans for school costs or spring break benders, etc.) and exludes those who covered their costs though savings, pay as you go, military service, scholarships, living at home and using low cost alternatives such as CCs. Why not cover mortagage and car loan debts while you're at it, they'd be equally meaningful (less).

I’m not not sure what tuition cost has to do with student loans (debt). Loans are loans. Debt is debt. If there is not a plan to repay the loan then it should not be taken. Are there no underwriting rules for student loans, like there are for home mortgages, for example? This is not a public issue. This is an issue of individual responsibility. Full disclosure, I spent 4 years in the Navy and then used the GI Bill to complete my degrees. There are alternatives.

I left college after 7 years and three degrees. In 1972 I owed $1000. There is no way these young people are going to repay the 1.5 TRILLION in loans. Go to a community college get an education and maybe even a trade. We are drowning in debt. Make some better choices. Peace R.L.