The Center for Michigan
The 2021 stories that defined Michigan: COVID, jobs, climate and election lies

The year began, as it so often does, with the promise of new beginnings.

On the first day of 2021, Michigan-made vaccines offered hope of an end to the COVID-19 pandemic and weeks of uncertainty seemed to fade after the Electoral College certified Democrat-elect Joe Biden’s victory as president.

Who could have guessed that rioters motivated by baseless claims of a stolen election would storm the U.S. Capitol days later and that the COVID pandemic would roar back as strong as ever?

That’s to say nothing of a year of devastating weather that underscored the urgency of climate change, fights over mask mandates and school curriculum and a worrisome economy.

As we glide into 2022, Bridge Michigan staffers are looking back on the stories that best encapsulated a frenetic news year.

Robin Erb: “The hope of a vaccine that would end the pandemic gave way in 2021 to division, suspicion and frustration. By late this summer, Michigan's hospitals were filling again with COVID patients, most of whom with serious illnesses were unvaccinated. Exhausted and fed up, a Beaumont doctor posted a Facebook message about how he was exasperated by patients who continued to question the pandemic even as they were dying. The story encapsulates the distrust and division over the pandemic.” 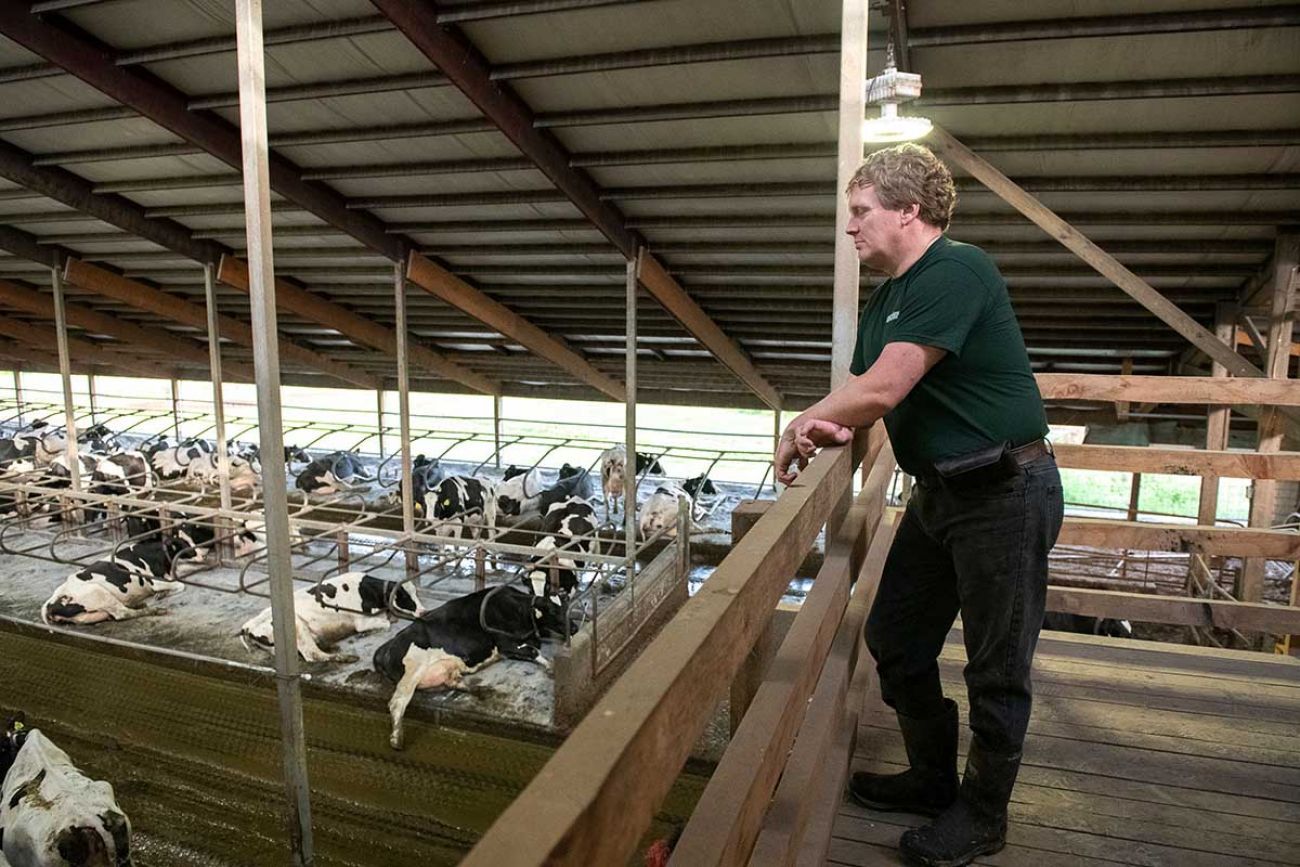 A U.P. senator stood up to Trump. His career may suffer. His cows don’t care.

Jonathan Oosting: “My favorite story of the year to report was my profile of Republican state Sen. Ed McBroom, an Upper Peninsula dairy farmer who spent months investigating claims over Michigan's 2020 presidential election and found no evidence of widespread or systematic fraud. His findings made him an unlikely target of former President Donald Trump, who lashed out at McBroom and called for his ouster. But McBroom was resolute, unfazed and philosophical when I spent a few hours on his dairy farm while he and his very large family completed morning chores. I'm always up for a long drive to the U.P, and McBroom proved a fascinating character study — a devout Christian and community band leader who told me he was comfortable risking his own political career by laying out facts that contradicted the former president's narrative of a rigged election. I did not imagine I'd cover the 2020 election so much in 2021, but amid continued attacks on democracy, it remained the most important story on my beat.” 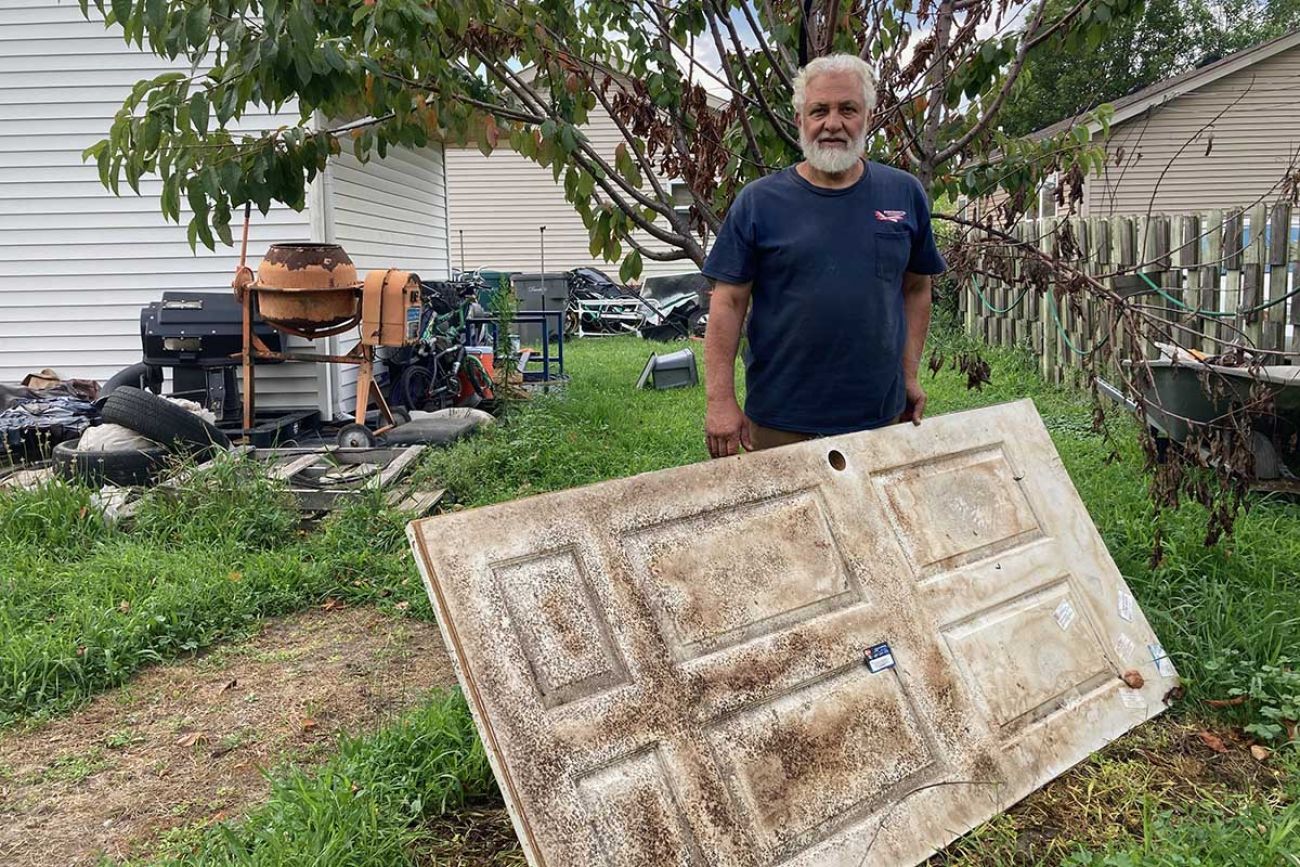 Mohammad Al Hajmoussa of Dearborn’s basement was severely damaged by the sort of “thousand-year” storm that is becoming more common in Michigan. (Bridge photo by Kelly House)

Kelly House: “Michigan had just recovered from record-high Great Lakes water levels and a lackluster winter when the latest climate warning came raining down on southeast Michigan. A ‘thousand-year’ storm dropped several inches of water over metro Detroit in a single June night, swamping sewer systems that were built in an era when rainfall this intense was almost unimaginable. The flood was emblematic of a consistent theme on my beat this year: Climate change is here, and Michigan is not prepared. In the years ahead, our state’s response to the escalating threat will help determine whether Michigan thrives as the ‘climate haven’ that some experts say it could be, or descends into a worsening crisis that risks residents’ health and livelihoods.”

‘These people want to work.’ When GM posts Flint jobs, people line up.

Paula Gardner: “I didn't know what to expect when I arrived in Flint one hot June morning to talk to people at a GM factory job fair.  Everything about work and jobs seemed upside down. But that day,  people — nearly 1,000 of them — stood in line for hours hoping to win the chance to build Silverados. We all heard it in 2021: “People don't want to work.’  But they still hope to find opportunity. And that's why this story is one of my favorites from the year.”

Overstressed and unpaid, 1.3M in Michigan care for relatives amid aging crisis

Ted Roelofs: “Statistics about the strain of unpaid family caregivers are one thing. To meet them face to face, to walk just for a bit in their shoes is another.  Over the course of several months, I met remarkable people across Michigan who put it all on the line for their loved ones. One woman looked after her mother and father, then started a nonprofit to train caregivers. Another put her life on hold to care for her 92-year-old mother, while I met a wife who was the sole caregiver for years for her husband with Alzheimer’s and diabetes. The problem is only going to get worse as Michigan ages, and as one woman told me ‘caregivers are awesome. They are heroes.’” 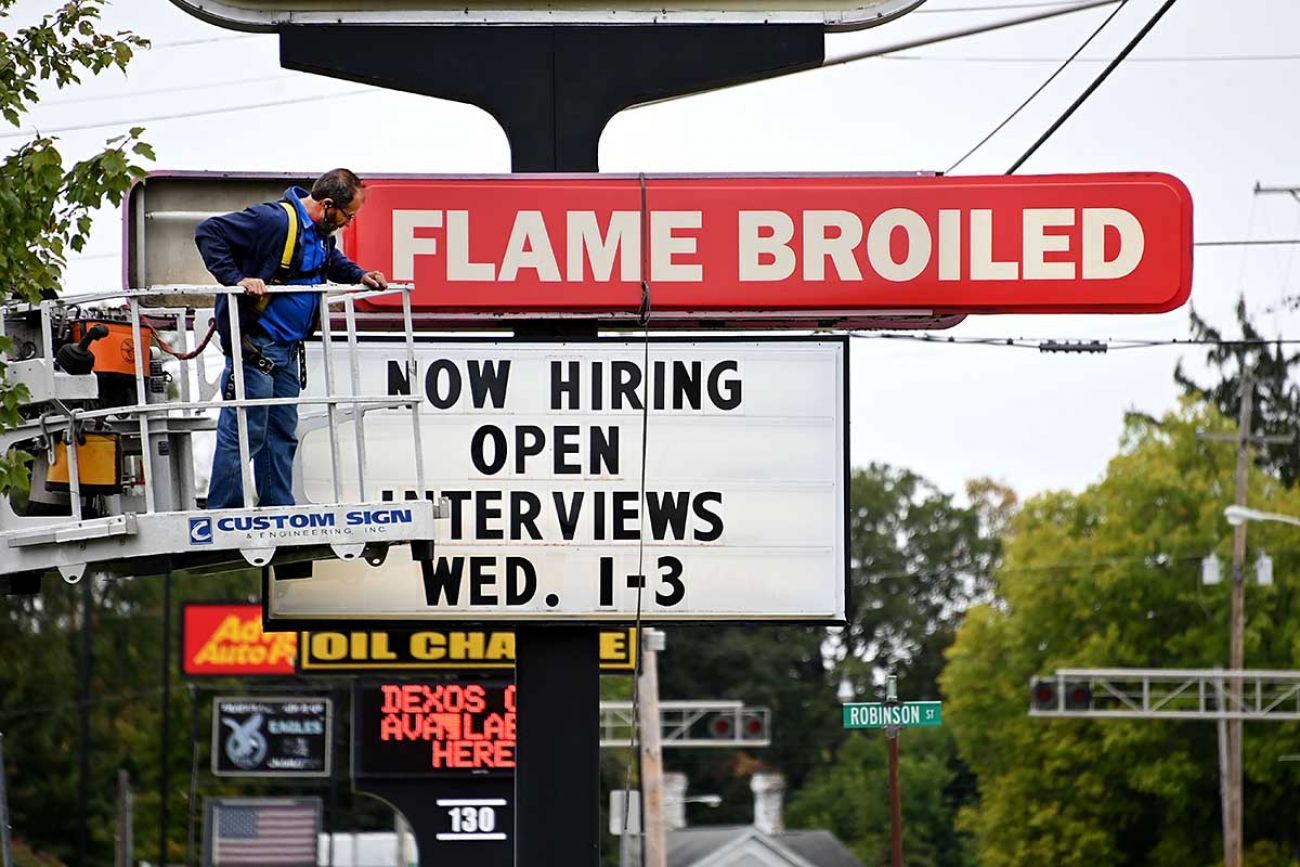 In Charlotte and many other towns in Michigan, help wanted signs became ubiquitous during a worker shortage that shook up the economy. (Bridge photo by Dale Young)

Mike Wilkinson: “Amid the anxiety of the pandemic, rising prices and a tight job market, we traveled to Charlotte,a town southwest of Lansing, to see how the economic recovery was going. What we found was a high-stakes game of whack-a-mole: when one job was filled, another opened up, creating a mad scramble for labor that saw wages rise, along with uncertainty. We met people fearful for their health, anxious about finding enough workers  — and grateful for the higher wages and better work situations they had found.”

Sergio Martínez-Beltrán: “The pandemic was clearly the news of the year. But I'm proud of this story I wrote in May about how a secret group of lawyers and political donors has an outsized influence in determining appointments to federal courts in Michigan. And yes, we have some names. During the pandemic, we’ve seen plenty of legal challenges that vastly impact lives  — and this story is important because it lifted the veil on a secretive process that has enormous influence on the most pressing issues for the state.”

Ron French: “In April, I wrote a story about the intersection of high school sports and the pandemic that captured the challenges Michigan faced trying to return to normal. As I wrote, it was a year in sports where ‘the highs and lows come as often from test results as from a last-second three-pointer.’ About 100 boys and girls basketball teams had to drop out of the state tournament because of positive COVID results or quarantines.”