Bridge Michigan won 17 awards, including five first-place honors, in 2020 Excellence in Journalism Awards sponsored by the Detroit chapter of the Society of Professional Journalists.

Bridge Michigan, a nonpartisan, nonprofit online publication focusing on news and analysis of the state, competed in the digital journalism division of the contest.

The awards were announced Tuesday:

1st place, for consumer/watchdog/investigative reporting: Mike Wilkinson, Kelly House and Riley Beggin for a story profiling the owners of a Michigan dam that broke, causing massive flooding in mid-Michigan.

1st place, for education reporting, to Ron French, for an article about Michigan’s under-the-radar expansion of two-year kindergarten programs.

1st place, for environmental reporting, to House, for a story about how Michigan’s lakeshores were being battered by over-tourism.

1st place, for feature writing, to Robin Erb, for a story chronicling a woman’s attempts to be with her husband when he died of COVID.

1st place, for racial justice reporting, to House, for an article about a community in turmoil following a public official’s use of the n-word in a public meeting.

2nd place, for community/local news, to Martina Guzmán, for a story on Latino contractors seeking a bigger piece of the Southwest Detroit building boom.

2nd place, for environmental reporting, to House for an article on the fight over Enbridge’s Line 5.

2nd place, for health reporting, to Erb, for a story on the debate over who is “recovered” from COVID-19.

2nd place, for newsletter strategy, to the Bridge staff.

3rd place, for broadcast racial justice reporting, to Beggin and Abigail Censky of WKAR for a radio segment about police reform.

3rd place, for consumer/watchdog/investigative reporting, to Sarah Alvarez and Jonathan Oosting, for an analysis of Michigan’s unemployment system.

3rd place, for environmental reporting, to House, for a series on high water levels on Michigan lakes.

4th place, for consumer/watchdog/investigative reporting, to Paula Gardner, for a story about the struggles of college town businesses during COVID.

4th place, for education reporting, to Wilkinson, for a series of articles revealing how schools were getting state money to teach home schoolers karate and crafts.

4th place, for racial justice reporting, to Gardner, for a story about a Grand Rapids grocery store where equity is part of the business plan. 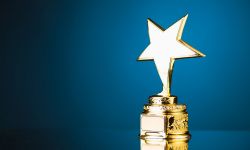 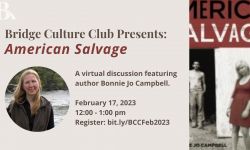