Increasing teacher pay, hiring a “highly-qualified” superintendent, achieving better standardized test scores, adopting a balanced budget — these are the type of benchmarks Benton Harbor High School must meet this next school year to avoid closure, according to new details of a tentative agreement between the struggling school district and Gov. Gretchen Whitmer’s administration.

According to an overview released by the State Department of Treasury Monday, the school district would be required to meet a variety of goals within the next academic year as a condition of being given one more year to raise student achievement and address its finances. The Benton Harbor School Board will vote on the agreement Tuesday evening.

If the district does meet agreed-upon benchmarks, the high school will be allowed to stay open as the district continues to pay down $18 million in debt and improve student performance in one of the poorest performing districts in the state.

Other benchmark examples offered by the administration include:

​To provide support for the district, the presentation calls for local educators, community members and philanthropic leaders to hear from “national experts from nonprofit organizations who have a proven track record of turning around struggling districts” in mid-July. The statement indicates the state will help “find support to engage those experts.”

Failure to meet established benchmarks carries this blunt warning:  “If BHAS does not meet the Year 1 benchmarks outlined in the agreement, the Board agrees to suspend operations of the high school. The district would partner with surrounding districts to serve students in grades 9-12.”

The Benton Harbor School Board is reviewing the agreement, the presentation says, which will include quantitative goals that the district will be required to meet. Monday’s release adds details to an agreement first made public last week.

The possible benchmarks are the latest developments in a controversy that has been an early example of the new Governor’s negotiating style, but one that has produced blowback from a heavily Democratic, predominantly African-American community frustrated with her proposal to close the school and scatter high schoolers to 10 other schools in the area.

“The State of Michigan’s number one concern has been developing a plan that puts students first and improves outcomes for kids in the Benton Harbor District,” Whitmer spokesman Tiffany Brown said in a statement.

School board members present at a meeting last week “indicated that they were interested in pursuing this framework,” according to the Treasury presentation. The final agreement should be signed by the end of July.

The Benton Harbor School District could not immediately be reached for comment Monday. 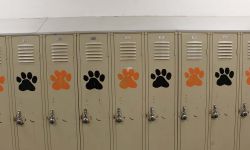 Benton Harbor schools may be open for now, but test scores are the pits 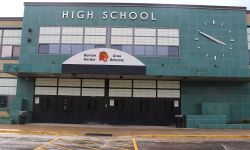 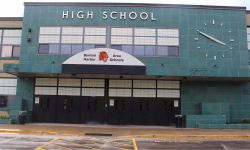