Can Michigan become a climate haven? Duluth is already planning.

DULUTH, Minn.—When Mayor Emily Larson first heard the hype about her city’s potential as a so-called climate haven — a place people will flock to as rising seas, drought, heat and wildfire make other regions less hospitable — “I thought it was bananas.”

But in the years since, Larson said, she has come to realize “it’s already happening.” 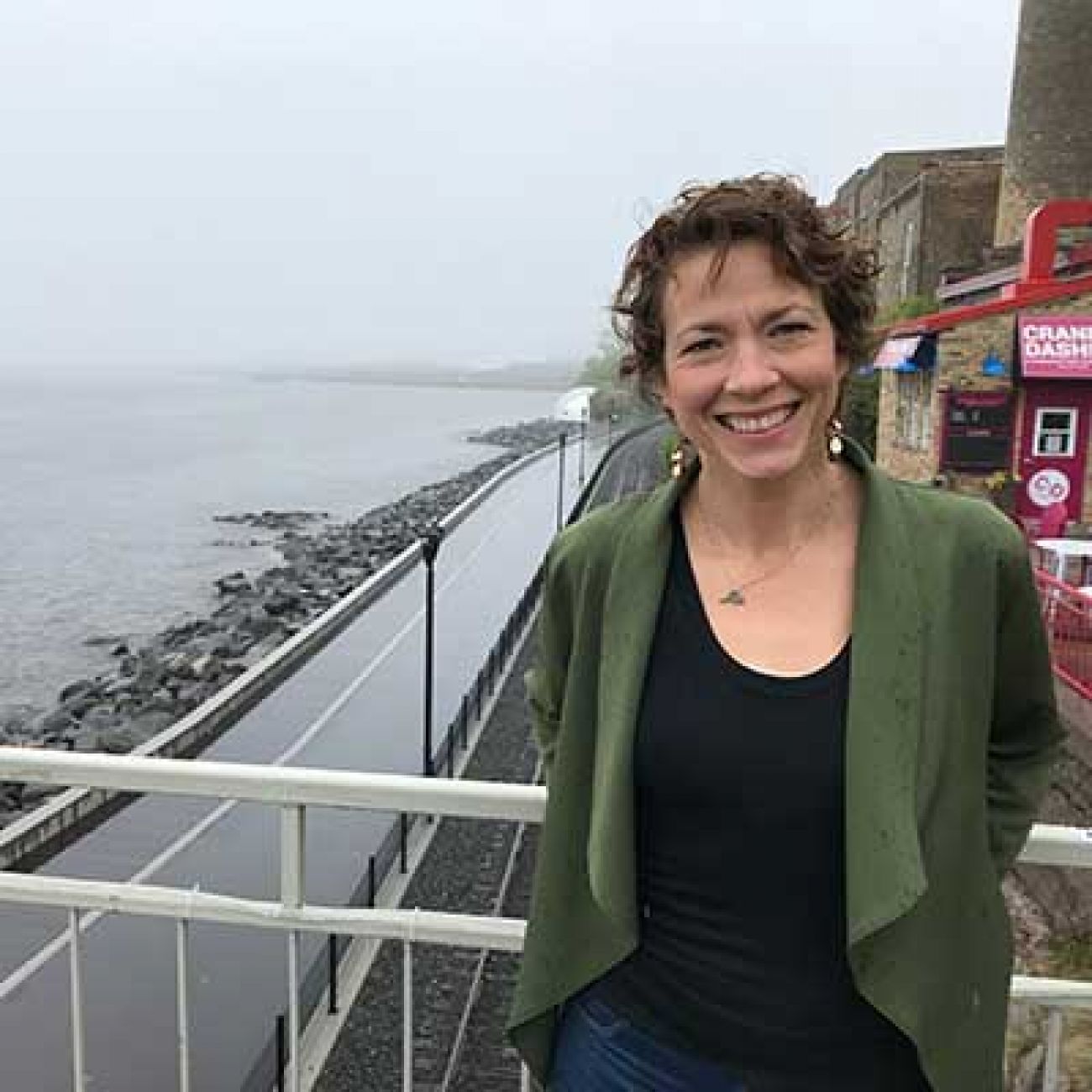 Duluth Mayor Emily Larson poses near the city’s riverwalk, a major piece of public infrastructure that required a multi-million-dollar rebuild after a series of intense storms wiped out large sections. Such storms are expected to grow more common in Duluth as the climate changes. (Bridge photo by Kelly House)

As climate change fuels dramatic changes that scientists say will make places in the West, South, and along the ocean coasts increasingly unlivable, the city has become a national poster child for the population shift that experts expect to see across the Great Lakes region, where milder climates and abundant fresh water could fuel inmigration.

But even a city dubbed a climate refuge is not immune from the impacts of climate change, and part of preparing for the future means recognizing and addressing the Great Lakes region’s vulnerabilities to its own climate hazards.

What can Michigan and the rest of the Great Lakes learn from how Duluth has grappled with its “climate haven” moniker so far?

The making of a climate haven

Jesse Keenan is largely responsible for the buzz about Duluth. The associate professor and social scientist in the School of Architecture at Tulane University sparked a media blitz when he led a team commissioned by the University of Minnesota Duluth to study Duluth’s capacity to meet that anticipated wave.

But Keenan wants to make one thing clear: The predictions he has made about Duluth apply to the entire Great Lakes region. What draws a newcomer to Duluth might be different from the appeals of say, Detroit or Cleveland, he said, but ultimately all of these cities should be preparing for a coming influx.

“People are already thinking about the transfer of wealth to these places, and they're already making investments,” he said.

Vivek Shandas, a Portland State University professor who specializes in climate adaptation, said he occasionally receives cold-calls from real estate investors wanting to know where they should buy climate-safe property.

“There’s a speculation market going on,” he said.

To the extent people are physically relocating to Duluth for its climate assets, for now it’s happening at a trickle. Duluth actually lost population over the past decade, census data shows. But that trend reversed during the pandemic and area planners predict a continued influx.

Ben Corby is among the newcomers. Growing up in Florida, Corby is used to extreme weather. But in recent years, the hurricanes have grown fiercer and more frequent. After enduring back-to-back-to-back hurricanes over three years in Florida, he moved to Georgia in hopes of escaping inland. No such luck. Last October, Tropical Storm Zeta pummeled his community hundreds of miles from the nearest coastline. 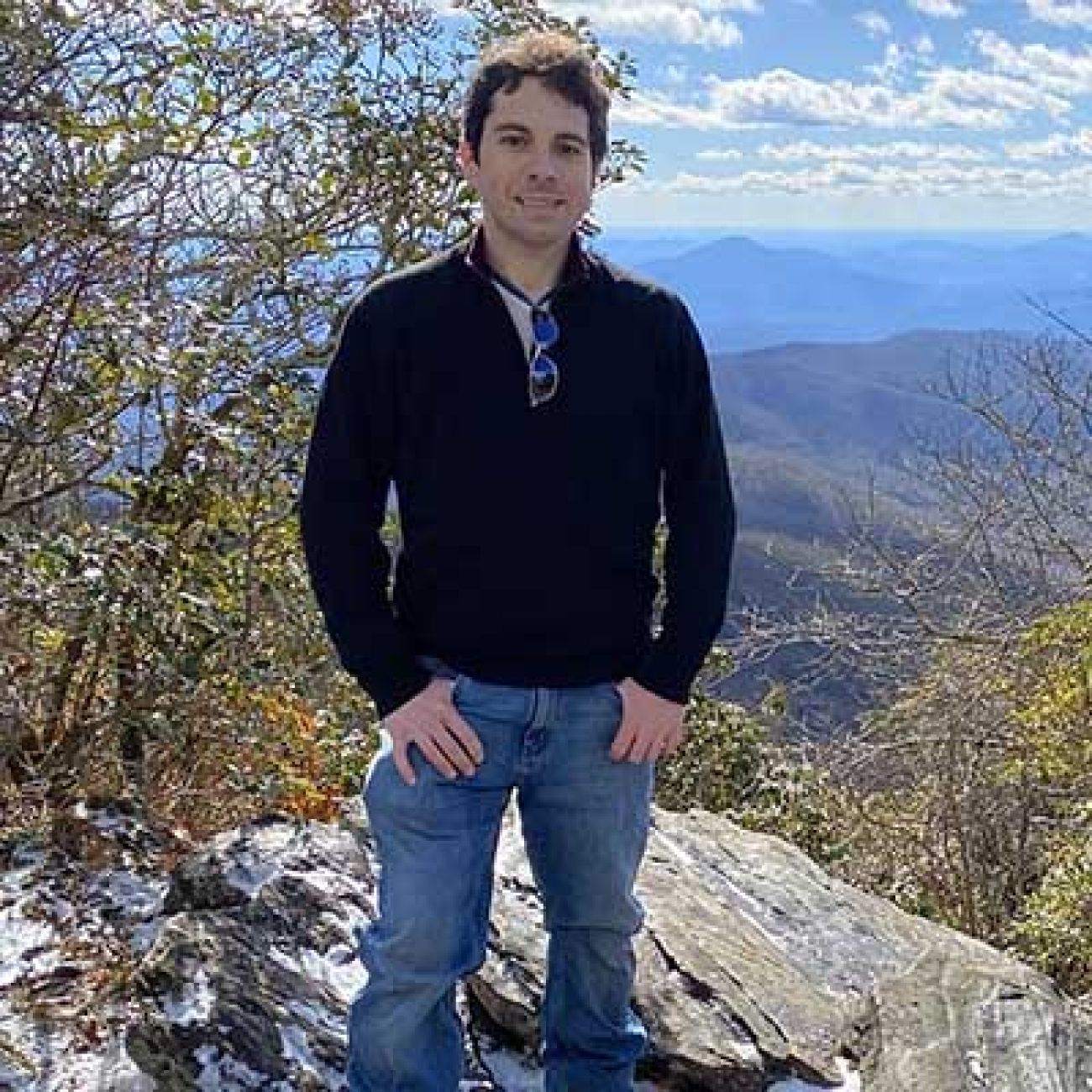 Ben Corby moved to Duluth from Florida after enduring one too many intense hurricane seasons. The city, he said, seemed like the best place to settle amid a changing climate. (Courtesy photo)

“Something’s not right,” he thought. So he started looking for a new home away from climate hazards. “Duluth seemed like a more sustainable place to live long-term.”

Larson said Duluth is uniquely positioned to attract newcomers like Corby in part because it has worked to cultivate social assets beyond the climate alone. Voters approved a sales tax increase to fund road maintenance, which she said will come in handy as worsening storms put additional strain on the hilly city’s roads.

They also taxed themselves to fund parks and recreation development, an investment that has helped turn the city’s mountain biking trails into a major attraction.

That ability and willingness to raise taxes to fund public infrastructure stands in contrast from some other cities in the region, where public officials have long bemoaned their inability to address civic problems due to a lack of funds.

But while the city reckons with its role as a possible climate haven, some activists note that it must do more to address climate hazards at home.

One of Duluth’s draws is its mild summers, a consequence of the breeze blowing in from frigid Lake Superior. The phenomenon has earned the northern Minnesota city, situated along a river mouth at the lake’s western edge, a reputation as “the air conditioned city.”

But as I talked with Jordan van der Hagen about the city’s future, we sweated on a muggy May afternoon.

“Normally we’d still have snow,” said van der Hagen, founder of a group called the Duluth Waterfront Collective, a group that sees the highway that cuts through the city’s downtown as a barrier to climate readiness.

Van der Hagen worries that, amid all the hype about its climate assets, the region will fail to see the threats it faces locally. The city needs to deprioritize paved infrastructure that heats cities as well as highways that support fossil fuel-using automobiles, he said, while investing in green space to offer cooling shade during hotter summers.

Other advocates expressed worry that failing to carefully plan for population growth could worsen existing inequities in the city. Think of places like Northern Michigan’s vacation towns, where outside money has pushed up housing costs, leaving low- and middle-wage workers with nowhere to live.

Home sale prices in Duluth have surged between 10 and 15 percent in the past year amid a nationwide COVID-19 home-buying boom. The city’s hot real estate market has already begun to squeeze those lower on the economic ladder, said Shaina Nickila, president of the Lake Superior Area Realtors board of directors.

Nickila worries about this trend going into hyper-drive if predictions of climate migration prove true, and Duluth hasn’t made major strides by then to modernize and expand its aging housing stock.

“I think about my kids, and are they going to be able to afford a home if this continues?” Nickila said.

LeAnn Littlewolf, a senior program officer with the local Northland Foundation, said the city must be careful to make sure that includes housing for those on the lowest end of the income spectrum. In Duluth and nationally, that’s disproportionately Native Americans and people of color.

That mismatch between housing need and availability has consequences, Littlewolf said: “More than ever, we have people living outside.”

She is concerned about the eventual climate migrants who won’t be moving by choice, but out of desperation.

“It's understandable why people would want to move to safety,” Littlewolf said. “So what does that look like if our community already has a lack of affordable places for our current community?…We’ve got to figure out how we’re going to help each other.”

A plea for a national strategy

Part of the difficulty in planning for the coming climate migration, said Keenan, the Tulane professor, is that while researchers widely agree it’s coming, it’s hard to predict when migrants will begin relocating in large numbers, and just how large those numbers will be.

The first wave of migrants aren't those fleeing destruction, he said. They’re people like Ben Corby, with the money and means to move by choice. Climate might just be one of many deciding factors.

“Nobody gets up in the morning and goes ‘you know what, it’s climate change, I'm out of here,’” he said. “It’s just another constraint variable, among affordability, accessibility, education, housing costs, homeowners insurance, access to good quality health care…”

At present, the nation’s population-growth leaders are in areas filled with climate hazards: Cities in Texas, Arizona, Utah and Florida, among others. That makes it difficult for Great Lakes cities — many of which have struggled with outmigration for decades — to plan for growth that might seem improbable in the immediate future.

Too frequently, planning experts say, cities struggle mightily to plan for known, predictable future circumstances, such as the expiration date of a major piece of public infrastructure. Finding the money, will and planning capacity to prepare for an ever-evolving and likely far more expensive climate crisis is even harder.

Missy Stults, who leads the Ann Arbor sustainability office, encountered that problem when city leaders began scoping out needs for a future water treatment plant. They wanted to build it to withstand a wetter future, and one with more residents as climate migrants move in.

“The problem we face is, no one is doing the demographic modeling,” Stults said. And if municipalities build new infrastructure without good estimates of future migration, “you just spend hundreds of millions of dollars, potentially, on infrastructure that's not going to serve you.”

Keenan said that’s where the federal government should step in to help with planning and funding. Some have even advocated for targeting federal infrastructure funds toward parts of the country expected to best weather the climate crisis so they can prepare their infrastructure for the coming migration.

Private funders are also starting to take notice: Earlier this year, a coalition of Great Lakes foundations hosted a webinar focused on migration into the region, and how they can target their philanthropy to help prepare for the coming wave.

But a haven though they may be, Duluth and the rest of the Great Lakes region are not immune to the impacts of climate change.

A record rainstorm in 2012 inflicted widespread damage, from sinkholes to bridge washouts, after dropping more than 7 inches of rain on Duluth in a 24-hour period. Parts of the city’s lakewalk were destroyed during major storms in 2017 and 2018, necessitating a multi-million-dollar rebuild that just wrapped up this spring.

And near where the Saint Louis River meets Lake Superior, a narrow, heavily-settled sandspit known as Park Point is eroding into the lake, threatening homes.

Residents of the upscale neighborhood succeeded in convincing the U.S. Army Corps of engineers to “renourish” the beach with dredged materials this year, but without continual attention the neighborhood will eventually disappear.

“People have already lost 10-12-15 feet of their backyards,” said Hamilton Smith, a Park Point resident who chairs the neighborhood high water and erosion committee. “I don’t know if there’s a permanent solution.”

Larson has asked the Army Corps to study whether its navigation channel contributes to the erosion, but she is realistic about the possibility of saving the homes on the spit as the storms that fuel shoreline erosion grow worse.

“Their neighborhood plan would be we'll just build a break wall for us,” Larson said. But A, that's probably $75 to $150 million. And B, I actually don't think it's going to work.”

The upshot: Even in America’s climate haven region, the forces of climate change may push some people away from their homes, even as it draws newcomers in.