Comparing the environmental records of Bill Schuette and Gretchen Whitmer

LANSING — Michigan’s next governor will inherit a litany of environmental challenges, from chemical-tainted waters and Line 5 to increasingly extreme weather because of climate change.

The two leading candidates for governor in the Nov. 6 election have environmental philosophies that are mostly aligned with their political parties.

Here’s a look at each candidate’s environmental record and where they stand on current issues.

Compared to Whitmer, Schuette has had the larger platform to shape environmental policy — particularly during his two terms as attorney general in a Republican-dominated state government.

He repeatedly sued the President Barack Obama’s Environmental Protection Agency, seeking to roll back regulations he called “job-killing,” unconstitutional and overly expensive and burdensome for industry. In some cases, he sued without Republican Gov. Rick Snyder’s support.

Bridge has closely examined Schuette’s record on both of those lawsuits.

In 2015, Schuette joined other states in suing to block the EPA’s “Waters of the United States” rule, which sought to solidify the federal government’s authority to enforce pollution laws on smaller bodies of water that feed rivers and other interstate waters. (President Donald Trump’s EPA has since suspended the rule.) 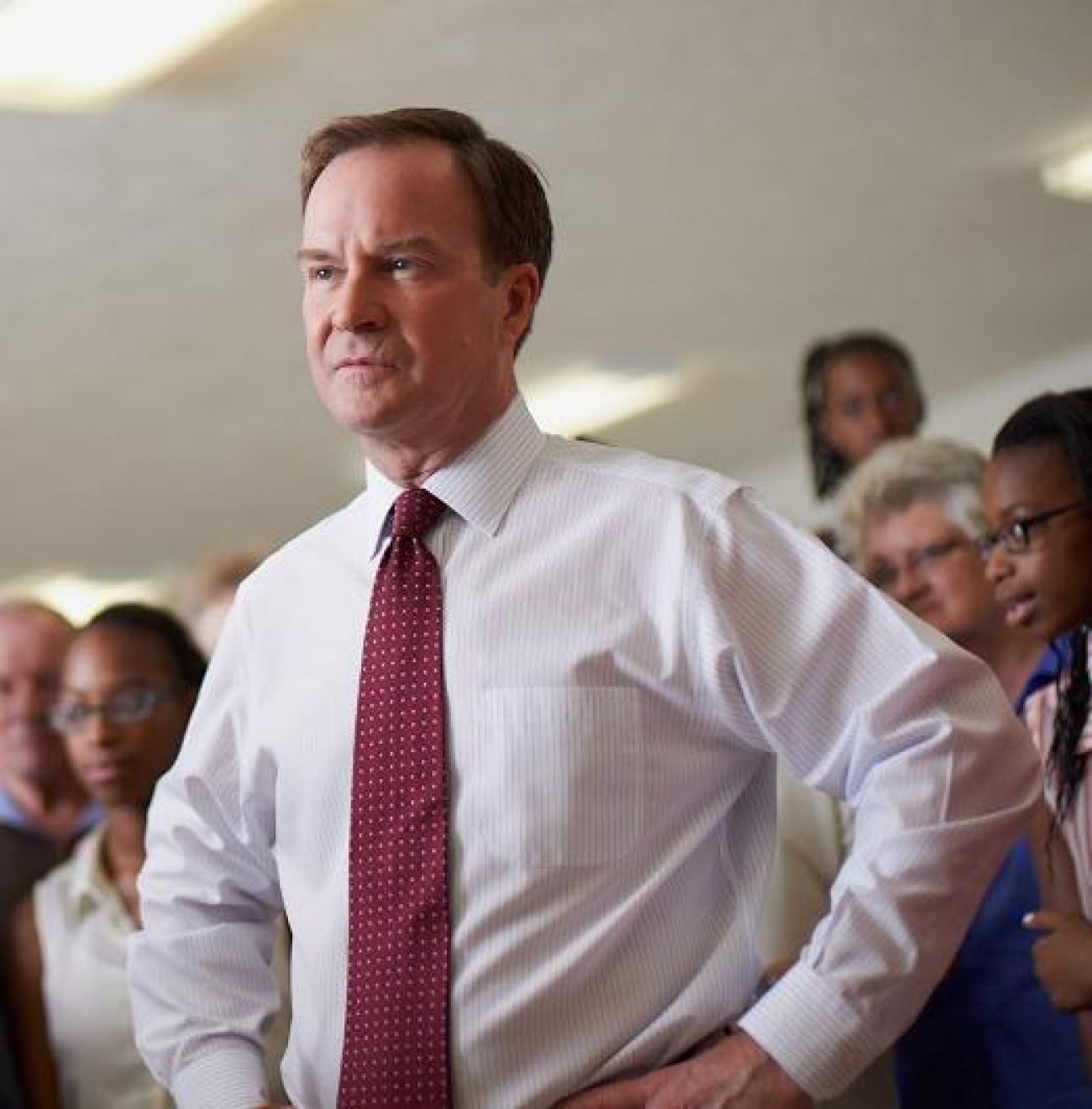 In an ongoing federal lawsuit involving ExxonMobil’s statements about climate change, Schuette recently signed onto a court filing questioning the scientific consensus that human activity is driving climate trends. The brief claimed there was disagreement about the “degree and extent of global warming and its connection to the actions of mankind,” and labels climate change an “unsettled area of science.”

A spokeswoman told Bridge that Schuette signed the brief solely because of the case’s free speech implications, and said he “also believes that we all have a responsibility to protect our environment and reduce carbon emissions that have a negative impact on our environment, whether that be here in Michigan or globally.”

Independent scientific studies continue to conclude earth’s atmosphere and oceans are steadily warming, weather is growing more severe and sea rise is accelerating as snow and ice melts. The U.N. Intergovernmental Panel on Climate Change — comprised of the world’s top scientists — warned this month that global leaders must undertake an “unprecedented” transformation of the global economy over the next decade to limit global temperature increases to 2.7 degrees Fahrenheit and avoid some of the most devastating consequences of warming.

Whitmer called climate change a “a real threat to our environment, our economy, and the health and wellbeing of the people of our state,” and said she would join the U.S. Climate Alliance, a bipartisan coalition of governors looking for climate solutions. She also promises to create a Michigan department of the Great Lakes and Fresh Water with an Office of Climate Change.

The legislation has thus far failed in Congress.

Schuette has also sought to rally other states to push for a federal plan to thwart a Great Lakes invasion of ecologically destructive Asian Carp and other nonnative species.

Whitmer also backs strong ballast water rules and says she would lobby for federal legislation requiring the U.S. Army Corps of Engineers to take immediate action to block Asian Carp and other invaders coming from the Mississippi River Basin.

Schuette’s office helped negotiate a series of agreements with Enbridge Energy, the Canadian energy giant, that have yielded a plan to replace a portion of Line 5 beneath the Straits of Mackinac with a new pipeline buried in a tunnel 100 feet below the lake bed. That project could take up to 10 years and $500 million that Enbridge would pay.

“Creating a tunnel under the Straits means there is a timeline for shutting down the existing pipeline. This is the right path forward,” Schuette said following an agreement this month.

Schuette’s office also negotiated a ban on the flow of heavier crude oil through Line 5 — a substance that would prove tougher to clean up following a rupture.

Several environmental groups say the tunnel idea would take too long and fall short in protecting the Straits. They have pushed for a complete shutdown of Line 5  without a replacement and they have scolded Schuette for not going to court in an effort to revoke Enbridge’s right to use the state-owned lake bottom.

Whitmer is among those critics.

“This isn’t enough, and for the sake of the one million jobs that depend on the health of our Great Lakes, we must do everything in our power to protect them,” she said about the tunnel agreement. “That is why as governor, I will immediately file to enjoin the easement and begin the legal process to decommission Line 5, and anything short of that is insincere.”

In January, Schuette’s office sued shoemaker Wolverine Worldwide, an effort to hold the company accountable for PFAS contamination and cleanup costs in Kent County. The lawsuit came one day after the Michigan Department of Environmental Quality established a legal threshold for requiring cleanups of PFAS.

In July, Snyder instructed Schuette to file a lawsuit against 3M, the Minnesota-based chemical giant that manufactured many of the PFAS-laced products that may be responsible for some contamination of the state’s waters. Schuette has yet to file the suit.

Both Schuette and Whitmer pledge to focus on cleaning PFAS-tainted waters. But Whitmer, unlike Schuette has called for an investigation into why Snyder’s administration didn’t act sooner on PFAS. 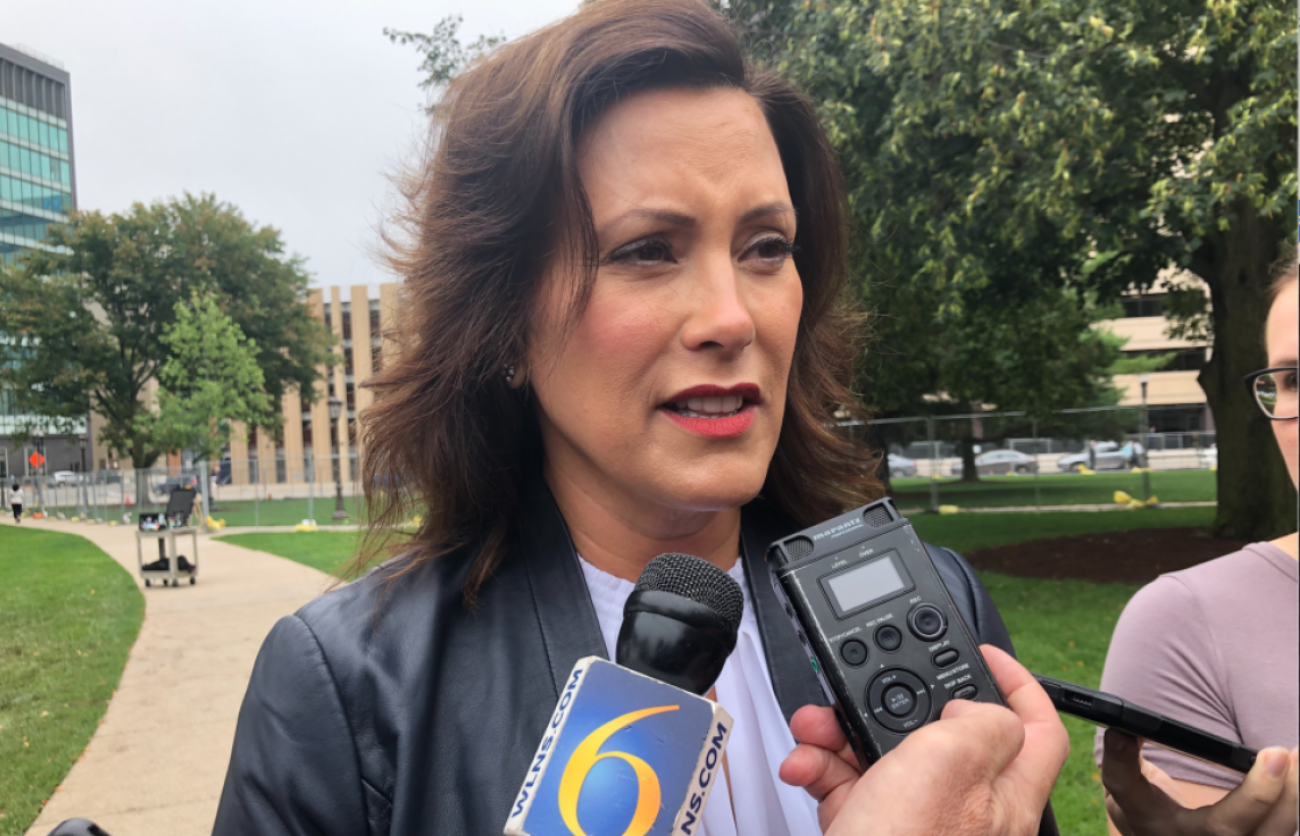 Whitmer served in the Michigan House from 2001 into 2006, followed by nearly a decade in the state Senate. That included a 2011-2015 stint as Senate minority leader.

Whitmer voted against bills to:

In 2008, Whitmer voted against legislation establishing Michigan’s system for handling major water withdrawals under the Great Lakes Compact. That’s the regulatory framework environmental regulators used to evaluate — and ultimately approve — Nestle’s controversial bid to expand pumping outside of Evart for its bottling plant.

Groups such as the Michigan United Conservation Clubs, Michigan Farm Bureau, Michigan Chamber of Commerce and Michigan Manufacturers Association backed the legislation at the time as a sound science-based way to protect against over pumping. But several environmental groups said the measure would do too little to protect vulnerable rivers and streams.

Whitmer has since campaigned on the Nestle issue, criticizing the Department of Environmental Quality for allowing the withdrawal for little more than $200 fee (most states charge little for water bottling).

“We need a way to control the siphoning of water for water bottling,” a Whitmer policy document says.

Schuette has supported the Nestle decision, calling it science-driven.

His most high-profile Great Lakes Compact-related action came when he opposed an application from Waukesha, Wisc. to withdraw 10 million gallons of water from Lake Michigan.

Schuette expressed disappointment when all eight governors under the compact — including Snyder — approved the diversion.

In 2007, Whitmer was among 17 sponsors of legislation requiring Michigan electricity providers to meet a 20 percent renewable energy standard by 2021. That bill did not pass, but Whitmer ultimately voted for successful legislation: a renewable standard of 10 percent by 2015.

Michigan has since boosted its renewable standard to 15 percent by 2021.

Schuette called the current 15 percent standard “a pragmatic decision” and “about right,” in an interview with Michigan Capitol Confidential, a publication of the Mackinac Center for Public Policy, a free market think tank in Midland.